I recently made a trip to visit some of the hidden Anasazi ruins of southeast Utah.  This photography tour was led by Stephen Oachs of the Aperture Academy, who has extensively scouted for hidden ruins in the Cedar Mesa region near Bluff, Utah.  Some of the ruins he guided us to are somewhat well known, others are not.  The first stop on the tour was to the House On Fire Ruin, which was a relatively short and easy hike. 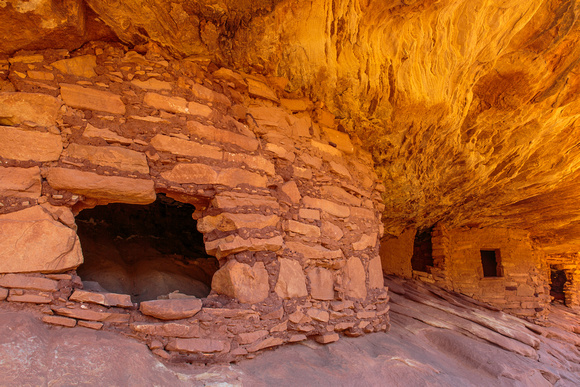 The next place was a longer and more difficult hike to the Fallen Roof Ruin, which I think was the most photogenic.  You can see part of the roof has collapsed onto the rock floor.   I just loved the colors and patterns at this special spot! 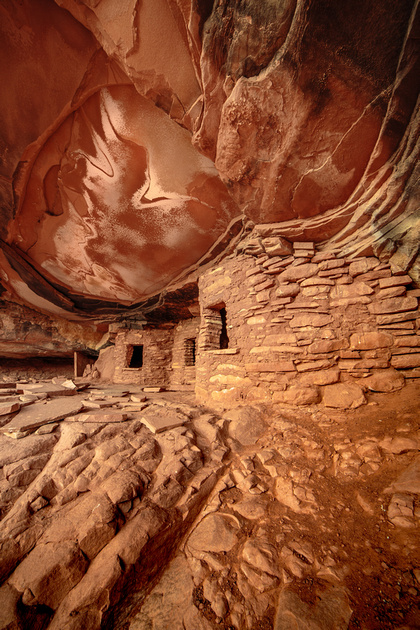 While House On Fire and Fallen Roof Ruins have been photographed quite a bit in recent years; some locations that we visited are rarely seen.  It takes some effort to get to these unnamed places. One location was about a 15-20 mile drive from the nearest paved road on a rough dirt road. Then after parking, you walk and even scramble over rocks to get to these hidden places.  There was no formal trail and that is why the guidance from Stephen was especially helpful.

Some of locations had some fantastic rock art and even a few relics on the ground from years' past. 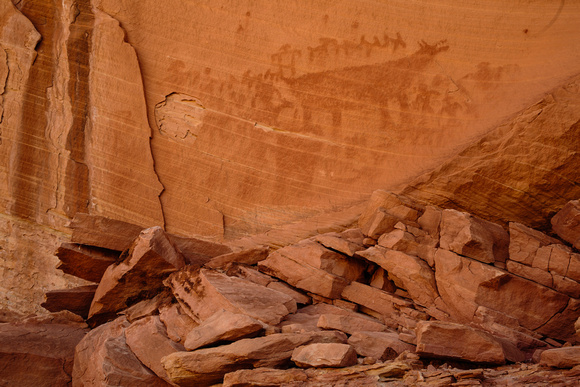 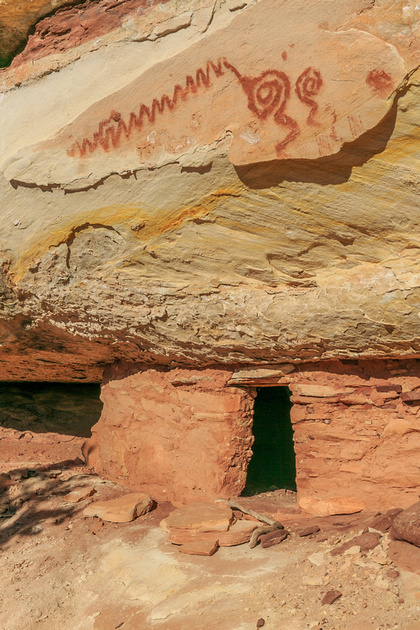 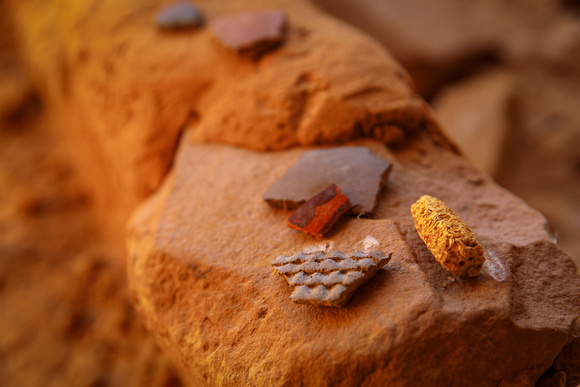 After the conclusion of this unique tour, I drove north to Moab and explored the wonders of Arches and Canyonlands National Parks.  I was fortunate to visit these parks shortly after some rain in the lower elevations, as well as snow in higher elevations.  I wandered off the main road toward these red hoodoo formations in search for some puddles of water after the recent rain from the night before.  Success! 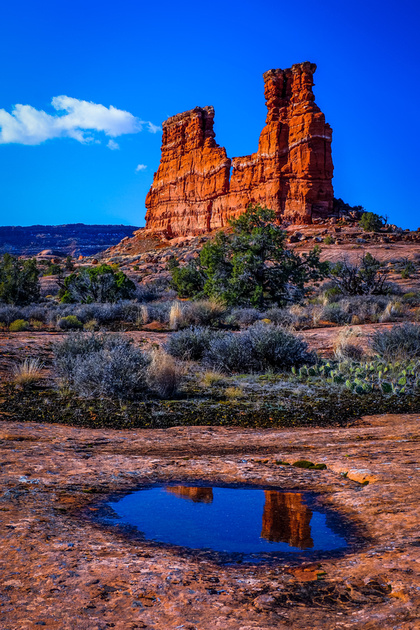 Of course, a trip to Arches would not be complete without a visit to the iconic Delicate Arch.  While the place is heavily visited and photographed by tourists, it is must for photographers to see at least once in your life.  I was able to shoot the classic composition with the snow covered La Sal Mountains behind the famous arch.

The following morning, it was time to wake up early for the drive to another icon...Mesa Arch in Canyonlands National Park.  After walking on the snow coated trail, I arrived at the long and slender arch at about 5am. I had heard that a crowd of photographers can sometimes gather here to watch the sunrise through the arch.  However, with my early start and temperatures in the 20s, I was the first one to arrive and set up my tripod anywhere I wanted.  Before leaving, I saw only 3 other people at the arch.  At least the cold air seemed to scare away most people from joining me and I had to wait about 2 hours for the sun to rise.  I guess I am one of the few who is crazy enough to do this. However, it was totally worth the effort!  Just before the sun came up, the rocks on the bottom side of the arch started to display a soft, warm glow.  The image below was taken about 10 minutes before the sun came up.  It turned out to be one of my favorite images, as I love the yellow sky beneath the arch while the sky transitions to deep blue above it.

A few minutes after sunrise.

Another very photogenic spot in Canyonlands is called False Kiva.  It is located in a naturally occurring cave. The name False Kiva comes from the uncertainty around the circle of stones' origins and purpose.  Whether it was really an authentic kiva that used for religious purposes is unknown. To me, this is one of the best views in all of Utah!