We had a lot of rain on Halloween, which was also close to the peak of fall foliage season in the Ozarks of Arkansas. It is not often when you get a prolonged or heavy enough rain to create runoff at the same time that it coincides with peak fall color; so I decided to focus on some waterfall photography for a few days. For my first destination, I went to Twin Falls in the Richland Creek Wilderness. This waterfall usually has at least some water most days of the year and I intentionally went the day before the big rain because my thoughts were that the clear pool of water would soon have too much sediment stirred up to where you couldn't see the bottom.  While there wasn't a lot of water flowing, the clear pool was there with a nice leaf swirl.  This image of the right part of Twin Falls is a 30 second exposure that creates the circular movement in the water. 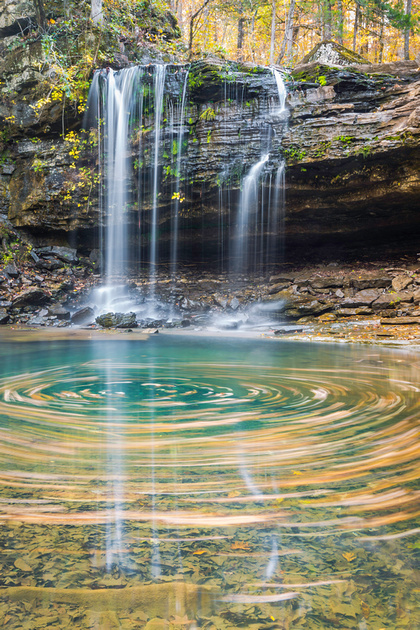 After it rained for much of Halloween, I decided to head out to look for waterfalls.  I picked a few locations based on radar estimates of rainfall amounts.  Some of those places that saw the most rain were some of the lesser known hollows off of Highway 7 north of Russellville.  Few people venture off into these hollows and most of the time there is not this much water.  However, this day it allowed for some unique images that most don't get to experience.  Here are some of my favorite images from that day. 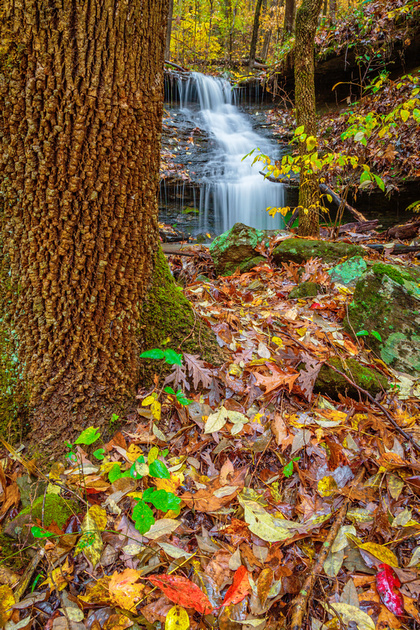 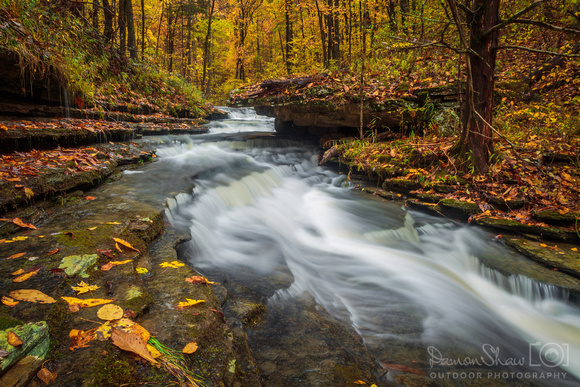 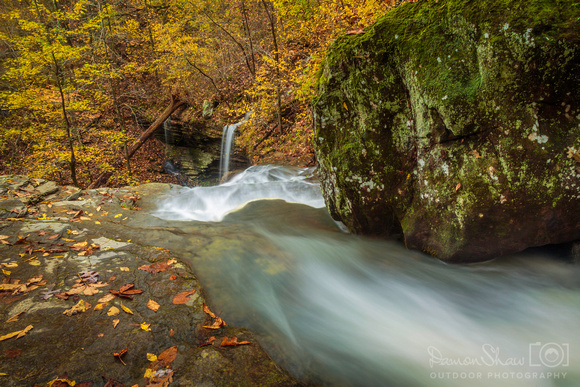 This waterfall below is named after Dr. Neil Compton, who helped lead the way to saving the Buffalo River in the 60s and early 70s. Again, most days of the year it does not look like this. But when there is enough water, it is one of most photogenic waterfalls in Arkansas. 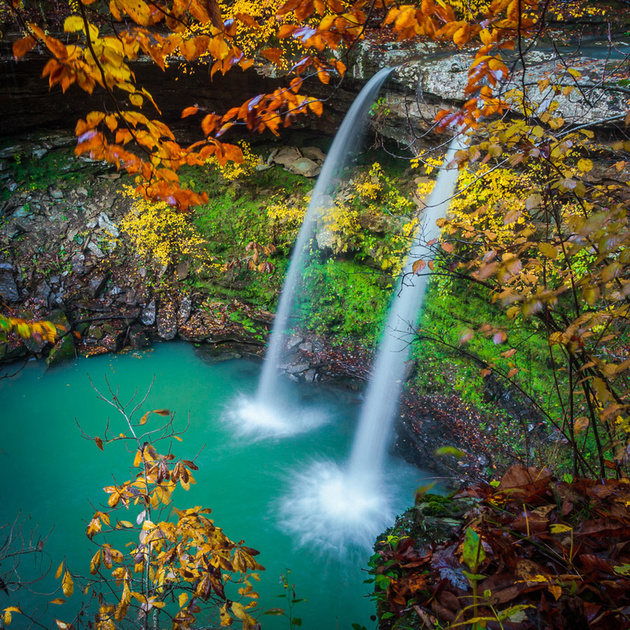 Flash Flood Warnings were issued on Halloween for parts of the Ouachita Mountains of western Arkansas.  So earlier this week, I decided to head there where a lot of water was still flowing.  Blaylock Creek Falls and Katy Falls are among the bigger falls in this part of the state. 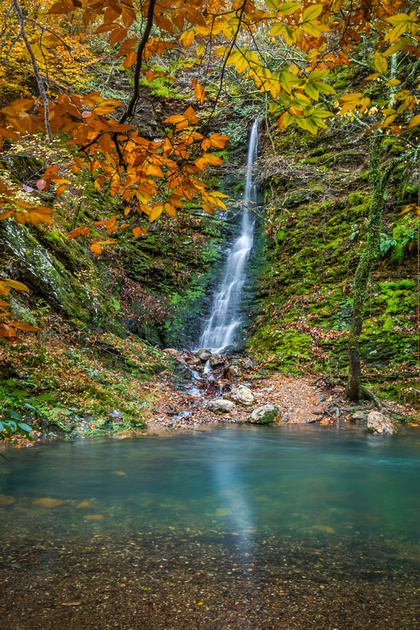 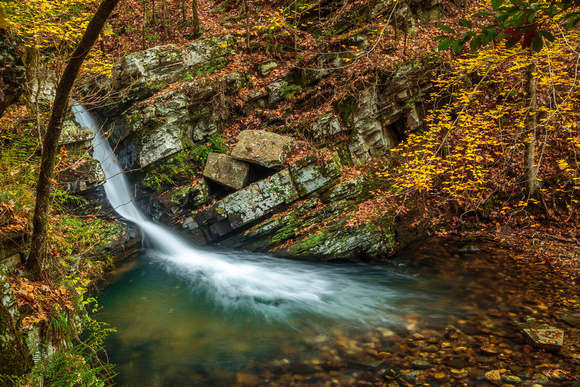 Although the fall color is beginning to fade, there is still some autumn color to enjoy.  Snow is also in the forecast in Northwest Arkansas for Monday. If we see enough accumulation on the grass, I may be able to post some pictures of the leftover fall foliage with snow on the ground.  Another rare opportunity!