Storms in the Northern Plains

For the last week in June, I spent a few days doing storm photography in the northern part of the country. Specifically, in the eastern half of both Wyoming and Montana. With the advent of new technology such as GPS, radar on your phones and social media, the roads around tornadoes and severe storms have become increasingly crowded with storm chasers over the last couple of decades...particularly in the Southern Plains in and close to the month of May. However, during late June in the Northern Plains, you can still see no more than a few chasers on the same storm.  Below is a brief summary of my tour and my favorite pictures: 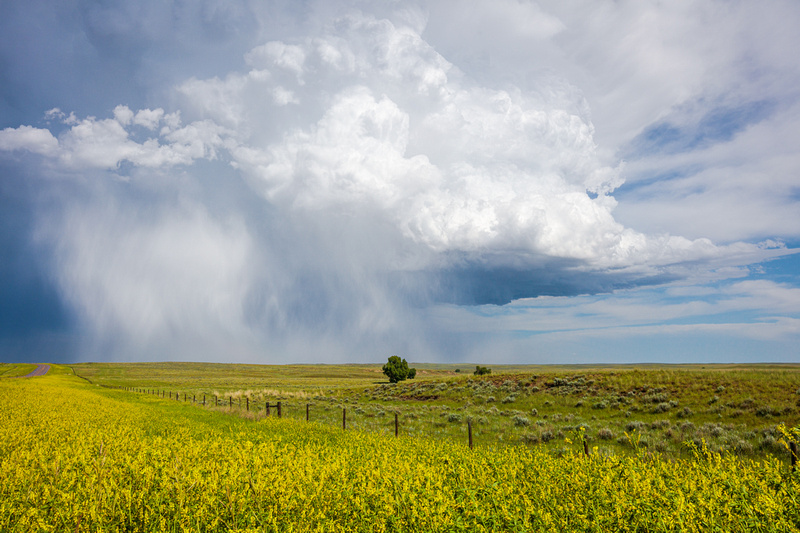 Afternoon storms developed over the Thunder Basin National Grassland.  The fields of yellow seen above are known as sweet clover, which was a common sight in many of the grasslands in this part of the country. A stronger storm would later develop near the Montana/Wyoming border north of Devils Tower National Monument. This was a rotating thunderstorm that would go on to produce an EF-1 tornado about 10 minutes after this picture was taken north of Hulett, Wyoming. 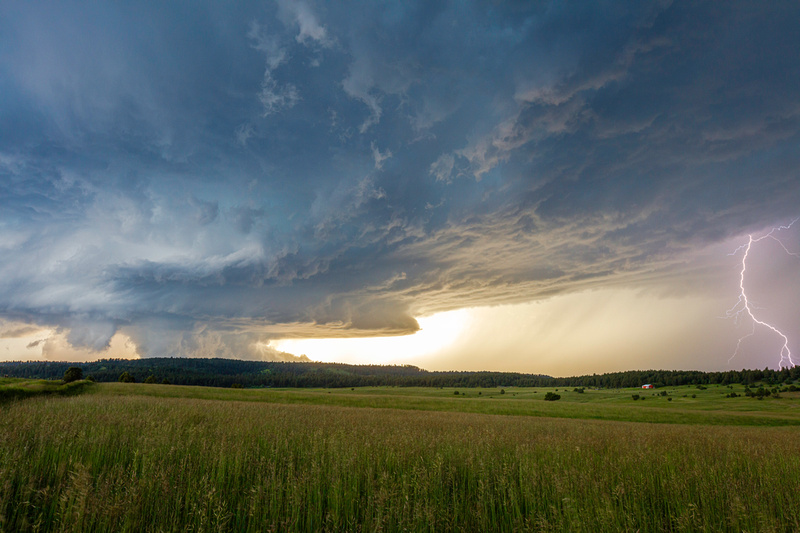 It was the only tornado producer in the entire nation that day.  There was great satisfaction to be one of the few people to see the best looking thunderstorm in the nation. After the tornado lifted, the core of the storm moved on to the east of Sundance, Wyoming at sunset. It continued to put on a lightning display with the last sunlight of the day hitting the rain shaft. 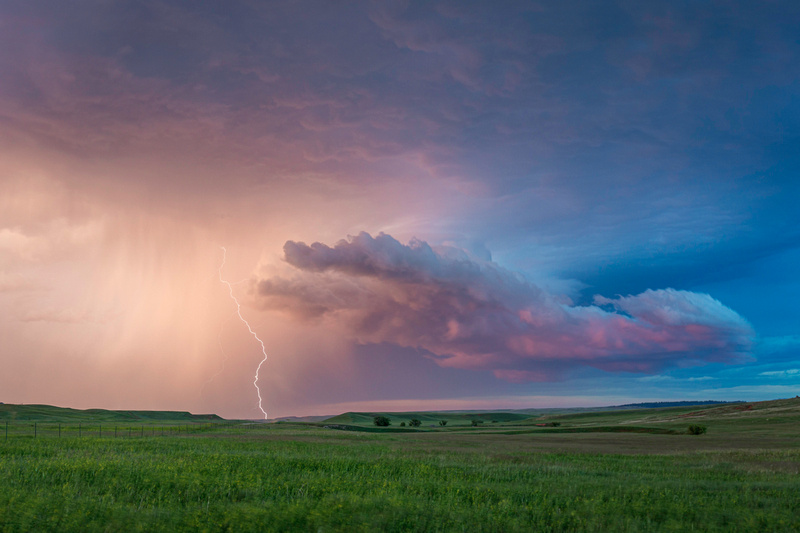 Another day of storms, though the storms were not quite as photogenic as the day before. Another limiting factor was the road access to best view these storms.  As beautiful as the landscape can be in Montana, the main down side is the lack of a good road network, especially paved roads to quickly get in position of where you want to be. I was still able to get in a few good lightning shots, such as this scene from Powder River County in Montana: 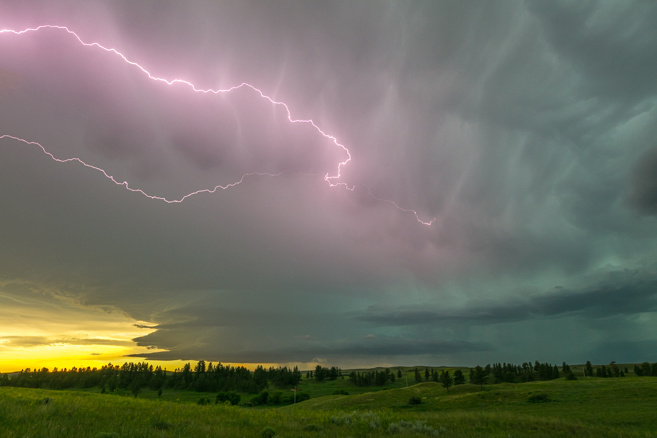 More storms in a part of Montana that I had not in before. Today, I was closer to the mountains.  Storms began to form in the afternoon off the higher terrain of the Little Belt Mountains west of Lewistown, Montana. This storm produced a tornado in the distance, about 8-10 miles from my location. 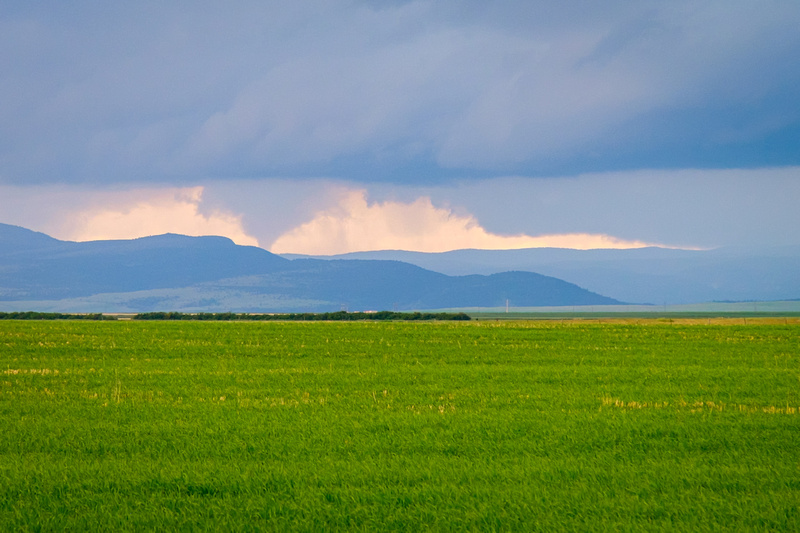 This picture is a good example that helps counter the myth that mountains will protect you from tornadoes from happening.  While the added friction from the mountains can sometimes help reduce the chance of a tornado from occurring, mountains cannot prevent it entirely from forming and this picture proves it. The tornado did not last much longer than a couple of minutes and it soon evolved into this shelf cloud as it approached this red barn near Moccasin, Montana. 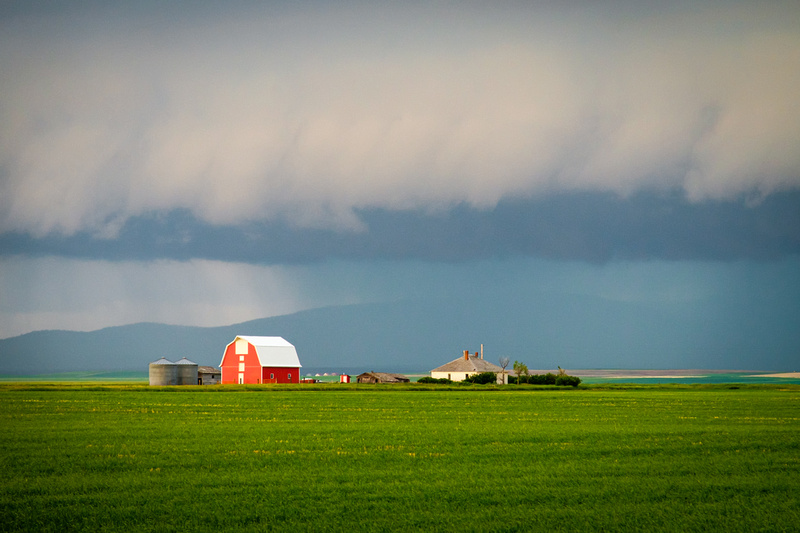 There would also be a rotating storm near Judith Gap, Montana. Here is a 9 minute time lapse sped up into a little over 1 minute to emphasize the rotation in this storm:

You Tube video of a rotating storm near Judith Gap, Montana

It was another day of storms in the same area, but the storms did not produce any tornadoes and overall was not quite as photogenic. The lack of road network to work with was also a hindering factor.  However, there was a nice rainbow to end the last day here. 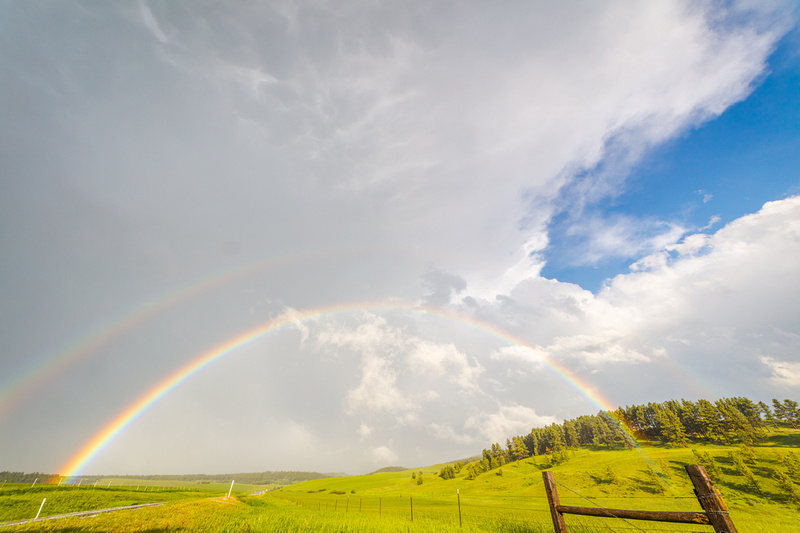 I look forward to doing some more storm photography in this underrated part of the country in future years!