It's been a pretty busy couple of months for me and my wife.  This fall, we completed a move together from our former home in Fayetteville to our new home in Rogers. I have also been working on a new project, which I will reveal to you in 2021.

Anyway, I'm finally getting around to working on my photos from my two trips to Mount Rainier earlier this year. A longer visit back in August and a brief visit again in October.

Early August is typically the peak of wildflower season here. My favorite hike was a destination on the Wonderland Trail known as "Indian Henry's Hunting Ground" where there were many flowers in bloom. 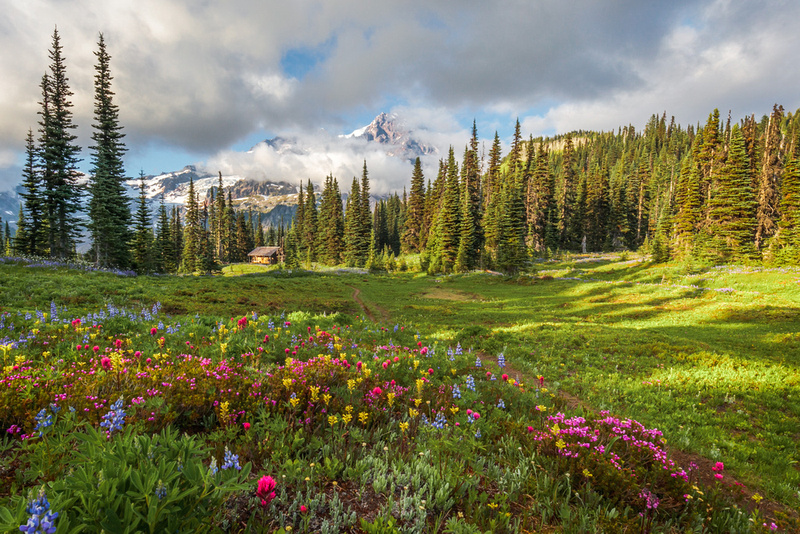 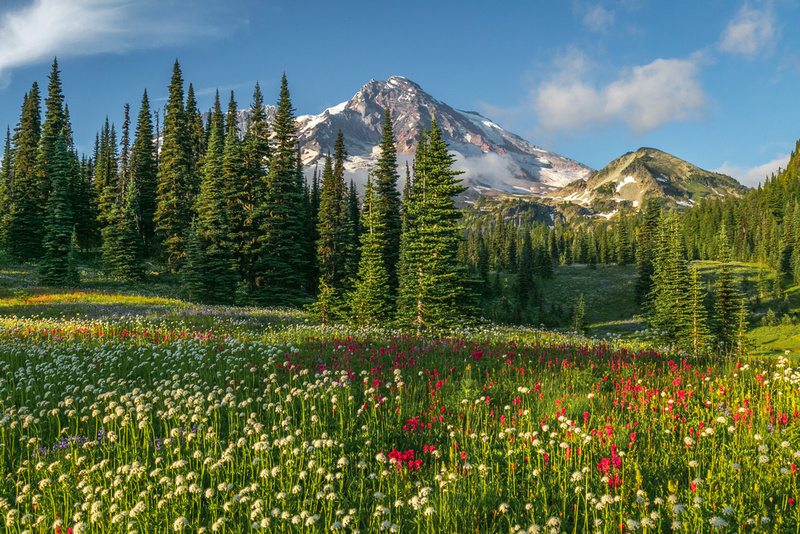 On this same 6-mile one way hike was The appropriately named Mirror Lake. Despite walking back to the car in the dark, it was worth being there during the early evening to see the beautiful reflections and flowers there. 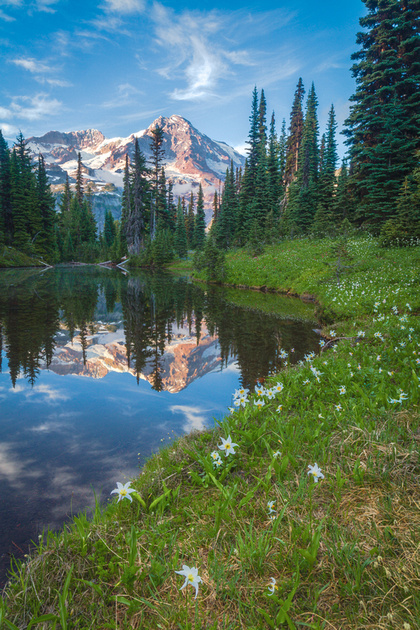 I was also able to get some nice reflections with a thin layer of morning fog at Bench Lake. 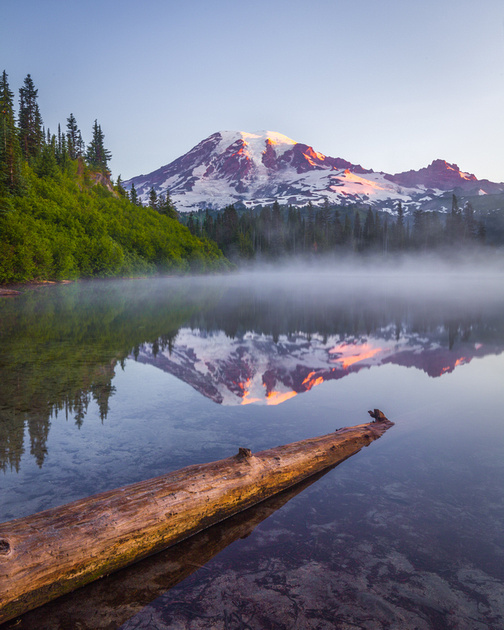 At over 14,000 feet, Mount Rainier is one of the highest mountains in the lower 48. From base to summit, it is also the most topographically prominent mountain in the contiguous United States. To me, Mount Rainier is the most impressive and beautiful mountain in the lower 48.  A couple of times, I have found myself even startled when I first see the glaciated summit.

It is still potentially an active volcano that will likely reawaken in the future. Eyewitnesses in Seattle last reported eruptive activity in 1894, but it has been quiet since.  Some of you can remember when nearby Mount St. Helen's had a violent eruption in 1980.

I'm glad that I made my visit shortly before all the Pacific Northwest fires that would occur later in August and September. Skies were clear for the majority of the time but I also had some occasional atmospherics such as fog and some light haze. 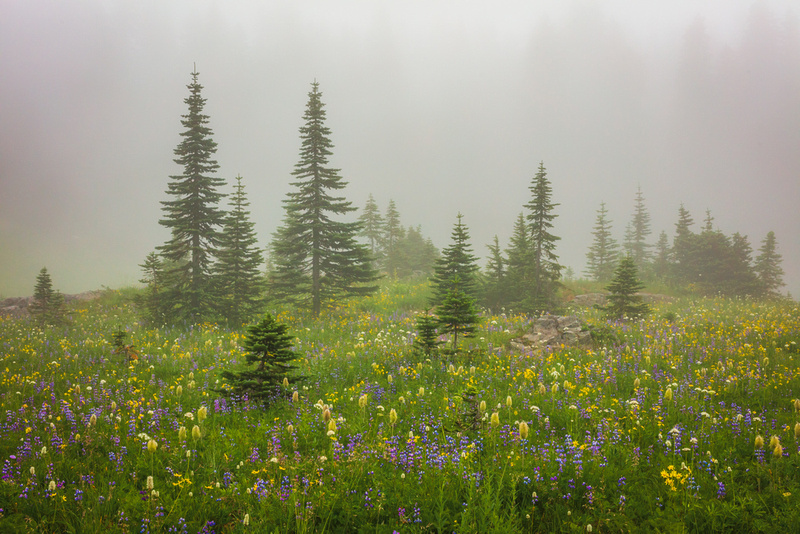 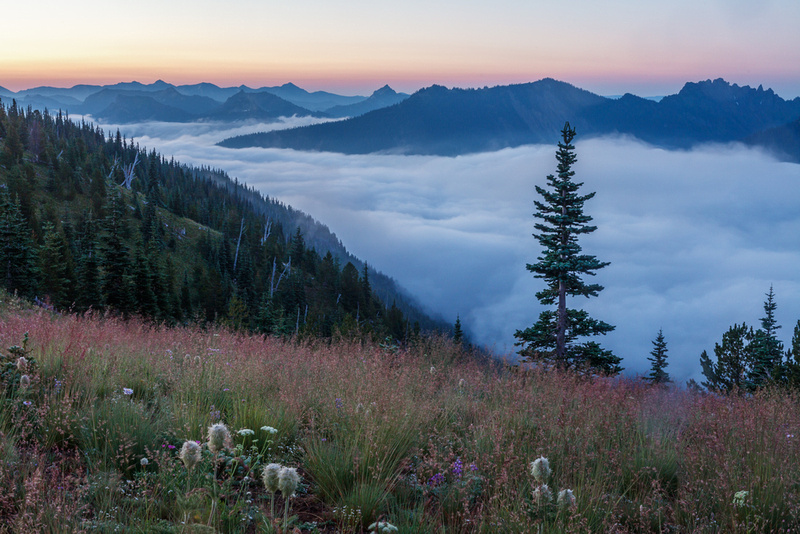 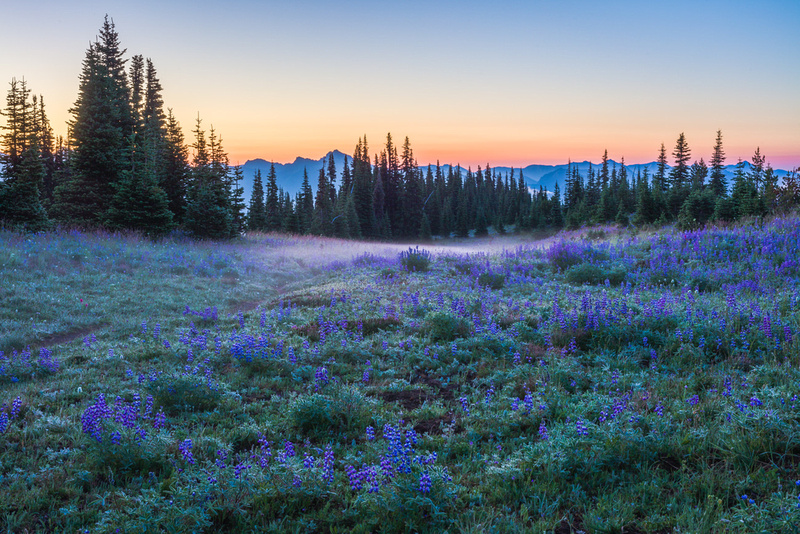 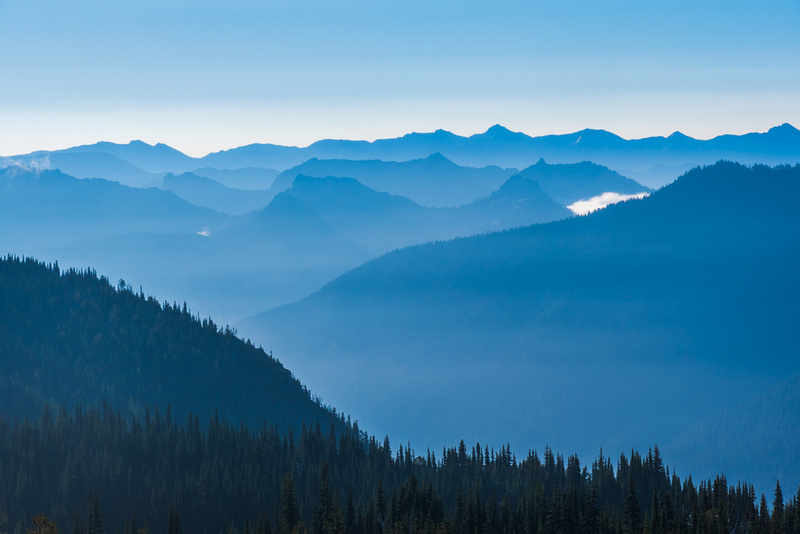 On my second trip to the Pacific Northwest this year, I briefly visited Mount Rainier, but this time after an early snow in October. 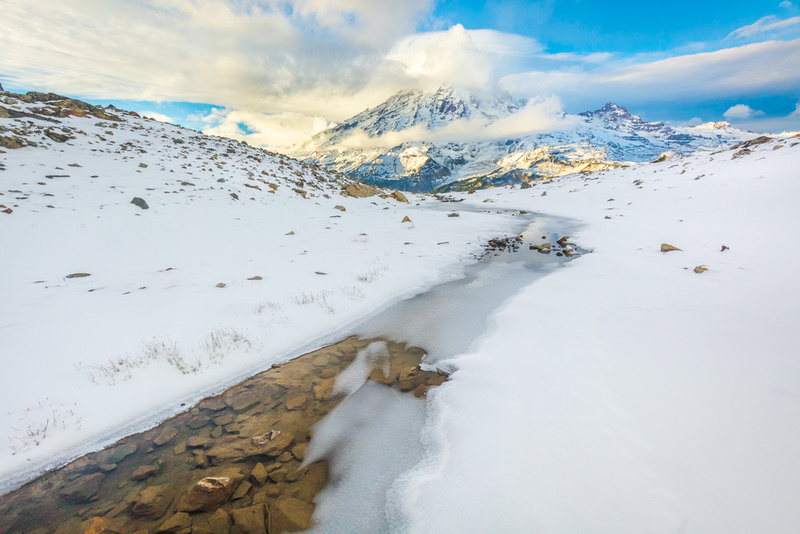 I have more pictures to go through from Oregon and Washington. On the next blog, I will be writing about the rainforest and waterfalls in the Pacific Northwest.