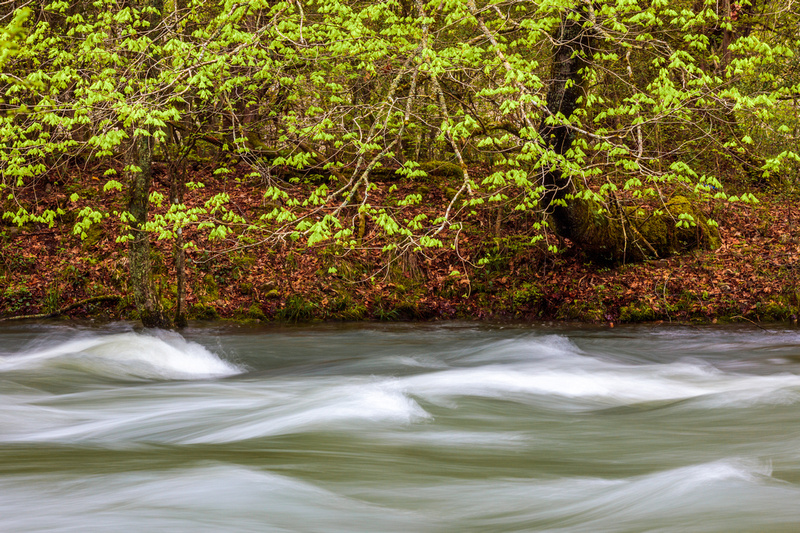 Happy April!  It is one of my favorite months of the year to spend outside. After a break from taking pictures, the new greenery and blooms have inspired me to get out and photograph again. Through all this Coronavirus chaos, hopefully you have been able to enjoy some time outside. With so many indoor gathering places closed, many of you are spending time outside. Many establishments and city parks are closed, so a lot of people are flocking to the hiking trails in national parks, state parks and national forests that still remain open. Overcrowding has become a problem on the more popular trails. With this in mind, I have avoided the hot spots that are well known through social media. Instead I have only been to places where I feel like I will either see few people or no people at all. I also tend to head out on early weekday mornings before the sun rises or when there is a chance of rain in the forecast. Using this methodology, I have been able to enjoy a lot solitude.

However, one drawback to avoiding the iconic locations is that I have to work harder to find what I feel are good pictures. Some places, when you reach the destination it is obvious what you are supposed to shoot. Through research, imagination, walking farther and looking harder I feel like I was able to come up with some unique images that either rarely get photographed or perhaps get an image that nobody has ever produced. I enjoy that challenge. 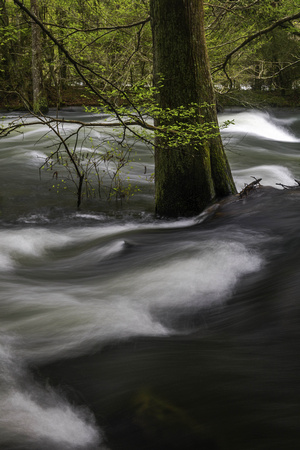 The two pictures above are from the Mountain Fork River in the southeast corner of Oklahoma. The water was higher than I expected. The waves were bigger as they flowed over the rocks and was flooding some of the nearby landscape. Brush was often in the way of the view of the river and it can make a rather chaotic scene. Numerous bushes and tree limbs present a challenge, but the goal is to try to simplify and create as much order to the chaos as possible.  Through a couple of openings, I was able to create a couple of intimate landscapes of the flowing water.

Across the border in southwest Arkansas was another river that can be popular with whitewater canoeists and kayakers when water levels are adequate, but it does not get much foot traffic and I had the entire trail to myself. Below is a picture of the Cossatot River. The large rocks in the river creates a unique look, and has more a "western" flavor to it compared to most streams in Arkansas. 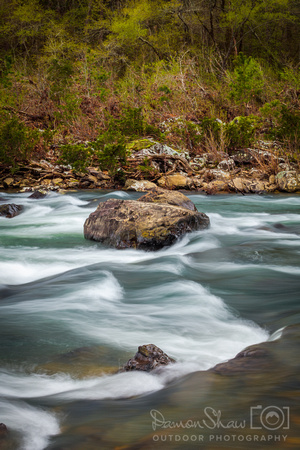 This morning I went to a small group of waterfalls in the Ozark National Forest in northern Franklin County, Arkansas. I went to a little visited unnamed waterfall where once again I tried to make sense out of chaos.  We are at the peak of redbud season in the Ozarks and this redbud in full bloom made for some nice balance to compliment this waterfall. 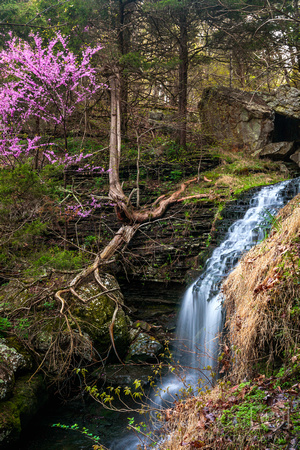 When the redbuds are in bloom that means the dogwood trees will soon be out. Hopefully we can all make sense out of the chaos as we get through this and come out better on the other side.