A Weekend With Vern Clevenger

This I weekend made a trip to Lone Pine, California to attend a weekend workshop with professional photographer Vern Clevenger.  Lone Pine is located on the Eastern slope of the Sierra Nevada Mountains and is in a very scenic location with Mount Whitney and the Alabama Hills as a backdrop.  Mount Whitney is the highest point in California, as well as the highest point in the Lower 48 of the United States.  The Alabama Hills is an interesting area full of rocky outcrops and a few small arches as well.   This area was used in many old movies, including some John Wayne films.  The most photographed spot of the Alabama Hills is Mobius Arch, pictured below.  Mount Whitney can be seen in the distance through the arch.

After some midday instruction, it was time to go back into the field for the evening.  This time we went to an unnamed, smaller arch that Vern had been to many times.   We hustled to get to the arch in time before the sun set behind the Sierras.  I barely got to this spot in time to snap this image of the sun as it goes over the mountains, next to the base of the arch. 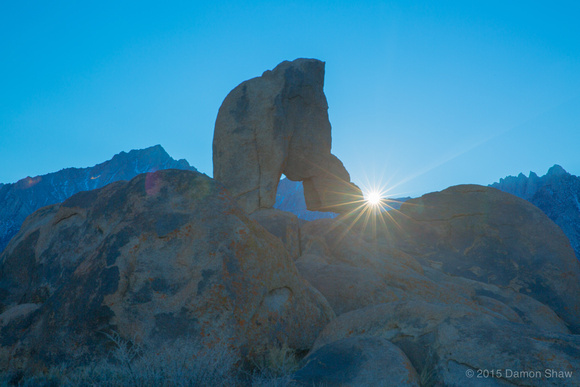 Once the sun went over the other side of the Sierras, it appeared that it would be rather boring for the rest of the evening with no clouds in the sky.  I thought I would just practice with some focus with some rather mundane compositions to work with.  I was not expecting to come up with any "keepers" for the rest of the evening.  However, walking around the base of that small arch, something caught my eye as a potential composition.  However, it turned to be a great shot that I could work with.  Even Vern was impressed with this picture as it was a unique angle that he had not photographed before at the area of this unnamed arch. 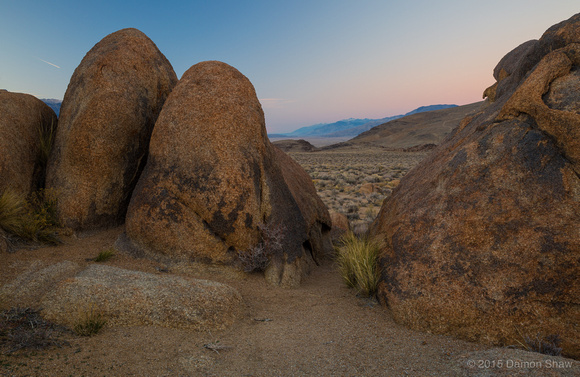 Below are a couple of images from Movie Road, just northwest of Lone Pine.  These were taken as first light was hitting the rocks and the Sierras. 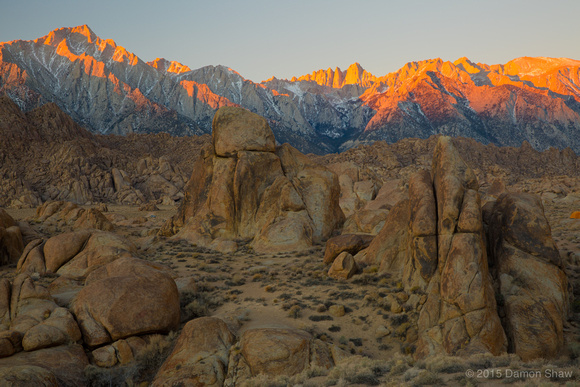 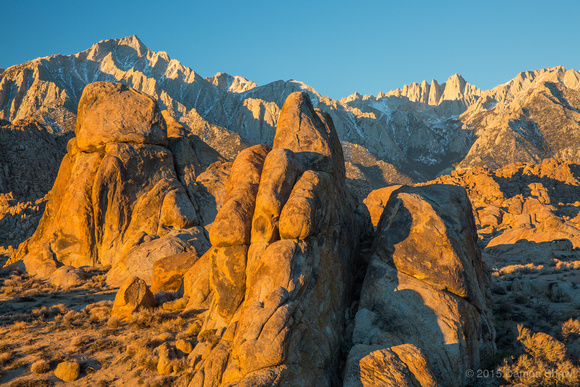