Shortly after returning to the lower 48 after my trip to Alaska, it was time to go from one extreme to another...Death Valley National Park in the desert of California. Here, temperatures reached 90 degrees in the lowest elevations of the park, actually below sea level.  The park was more crowded in spots than my visit back in January of last year.  This seemed to be due to 2 reasons.  One was Spring Break was going on for much of the country.  The other seemed to be for the "superbloom" as recent rainfall over the winter has produced probably the best wildflower displays the park has seen in over 10 years...giving a little bit more life to Death Valley. 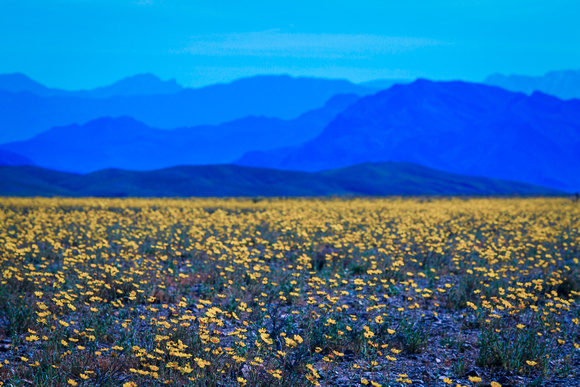 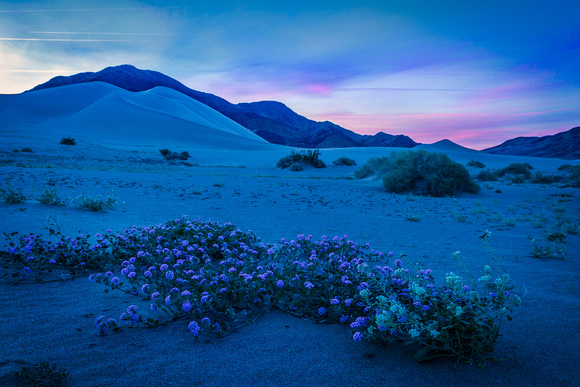 With a higher than average winter rainfall, it was a little easier to find standing water in Badwater Basin.

Sand dunes are among the highlights of a visit to Death Valley.  There are so many compositions that you can do when you are at sand dunes.  You can do anything to grand landscapes that include sky or focus tightly on the patterns and textures.  I did some of both!  These pictures were all at Mesquite Flat Sand Dunes. 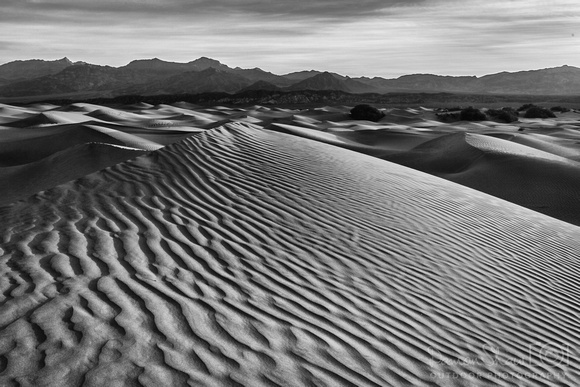 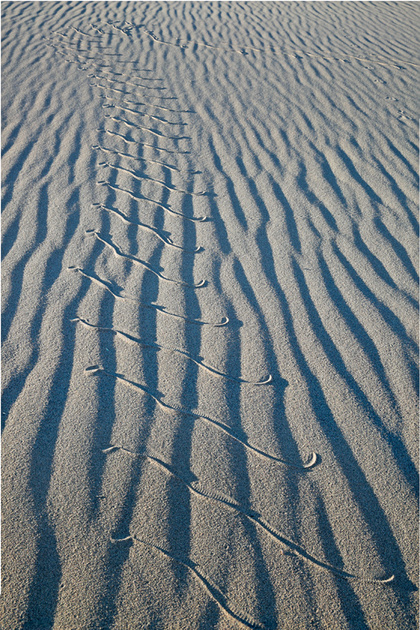 Above are the tracks of a small rattlesnake that has recently been sidewinding through the sand.  Below are dried mud cracks. 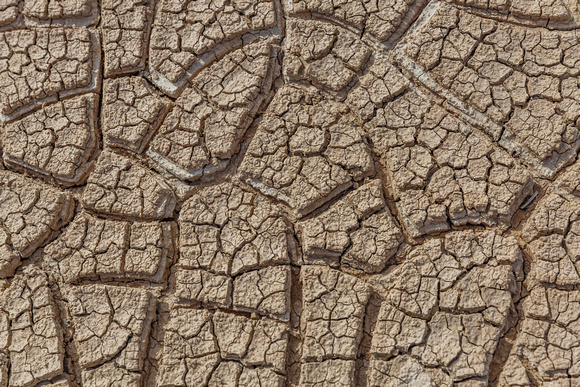 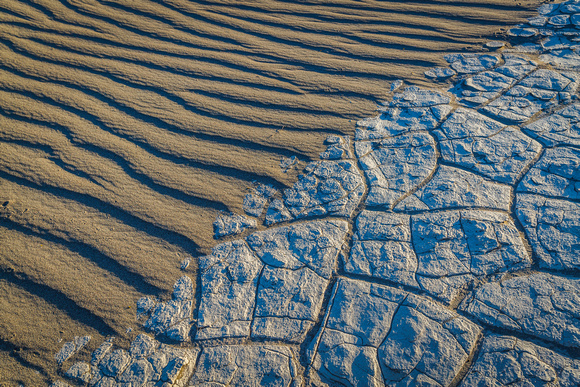 After the sand dunes, it was time to make the long drive to a remote part of the park called "The Racetrack".  I have wanted to go there for a couple of years now, but didn't want to drive there alone.  It is 27 miles from the nearest paved road and the road is rough with washboards.  Flat tires are common on this road.  With Muench Workshops, we traveled in a couple of rented jeeps from a local outfitter.  With the rough road, one of the jeep's front axel broke!   Thankfully, we able to get our jeep replaced in a few hours.  The Racetrack playa is an otherworldly landscape with a large flat, dry lake with a few scattered rocks that "slide" across the playa with the right conditions of water, ice and wind.  The mystery of how these rocks move was not solved until a couple of years ago.  Below is my favorite picture of the scene there and now might be my favorite Milky Way image. 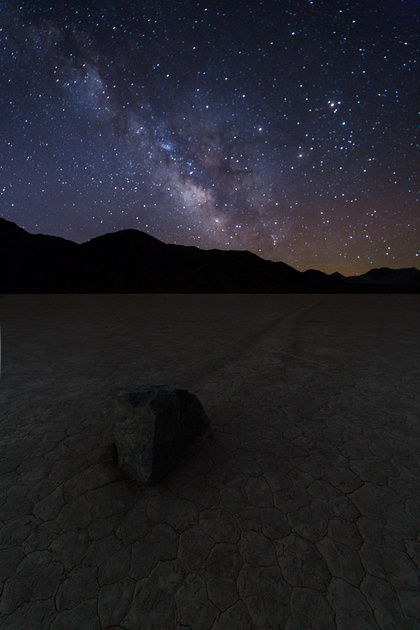