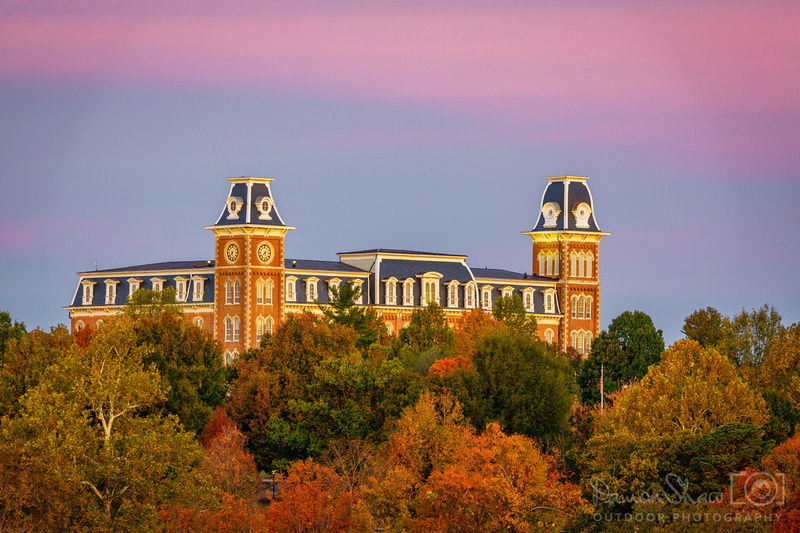 Old Main 302mmA pink sky over the Old Main at the campus of the University of Arkansas.

Old Main, on the campus of the University of Arkansas, could be the most photographed building in Arkansas.  Built in 1875, it is also the oldest building on campus.

On Halloween morning, I was expecting some nice color in the sky for dawn.  With clear skies on the eastern horizon and some high clouds overhead, it indeed happened. In the image above, I used a zoom lens but also wanted the composition to be wide enough to get some of pink colors overhead in the sky.  I also did a vertical on the South Tower. 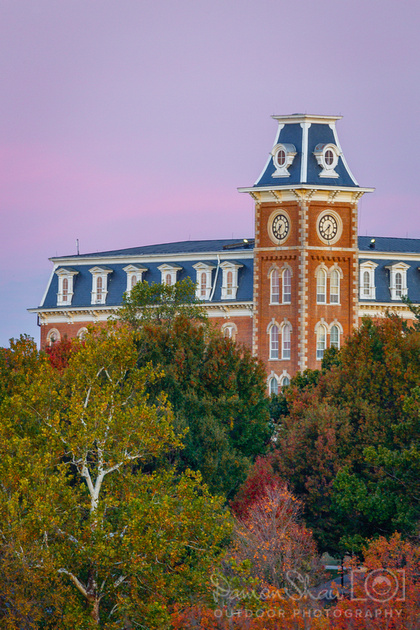 Interesting historical footnote: According to WikiPedia, When Bill Clinton gave a speech at the J. William Fulbright statue dedication ceremony, Clinton asked Chancellor John White, "Where is the clock?" 3 years later, Old Main received a clock face.  On October 27, 2005, after more than 130 years without a functioning clock face, a specially constructed clock was completed and dedicated on the South Tower.

You might have noticed that the North Tower is larger and taller than the South Tower.  Old Main was designed by Chicago architect John Mills Van Osdel less than a decade after The Civil War.  Legend has it that he designed the North Tower to be larger to remind everyone who won.

On the afternoon of Sunday November 5th, I returned to the same spot. 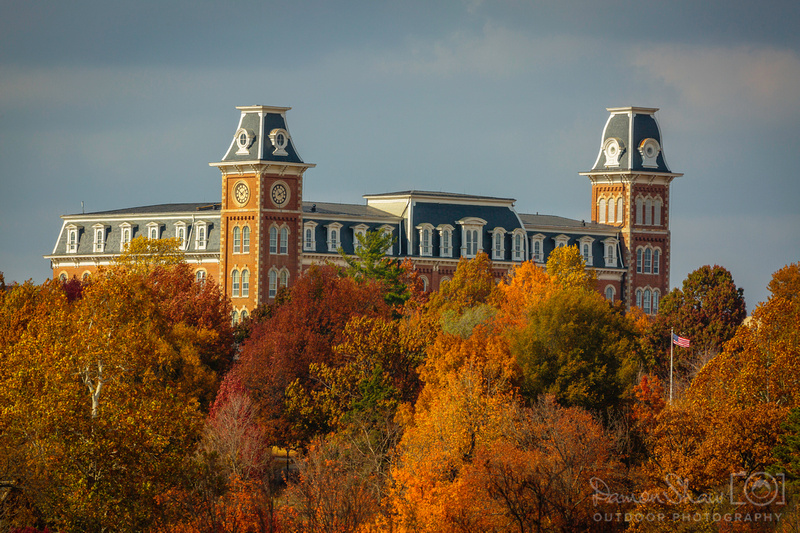 While the sky was not quite as interesting and colorful as what I had seen earlier in the week, it did have a few things going that I didn't have the first time.  One, the sun is shining on the structure and the trees to give it a little more interest.  Two, the color in the trees was now close to peak. And three, the wind is blowing the flag and adds another element.

Each of these are now up for purchase on my Autumn In Arkansas page here.