Through the first half of April, precipitation so far this year was below average in Northwest Arkansas, which makes for more difficult waterfall photography.  However, it quickly changed in the last couple of weeks of April and into the start of May.  In my hometown of Fayetteville, we had over 11 inches of rain for last 10 days of April, including over 5 inches of rain in about 30 hours.  While the excessive rain did create some damage and negative consequences, it also made for prolific waterfalls all over the Ozarks. 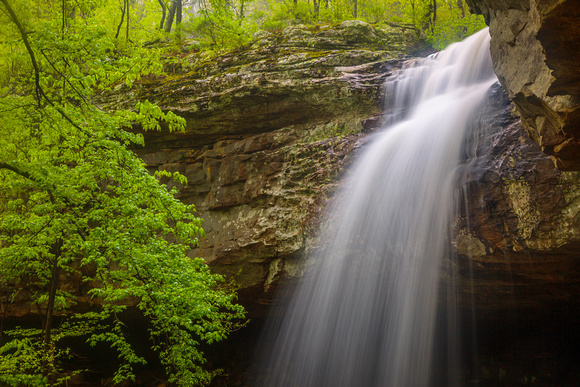 Back on the weekend of April 22nd, I stayed at the Ozark Bluff Dwellers cabins in Newton County, Arkansas (ozarkbluffdwellers.com). These cabins not only offer some of the best views in all of Arkansas, but also has a seasonal/wet-weather waterfall on the property, seen above.  With so much recent rain, some of the larger waterfalls with a pool of water at the base of the waterfall had become murky.  Because of this, I opted to zoom in on only part of the waterfall to create more appealing images.  My original plan was to also photograph Twin Falls (sometimes seen and known as Triple Falls) this same weekend at the boy scout camp known as Camp Orr.  However, with the pool of water being initially muddy, I decided to return back a couple of days later for the residue to settle down and water to become clearer.  When I returned, the water cleared up but there was plenty of streamflow to still create the third plume of water to make it appear as Triple Falls. 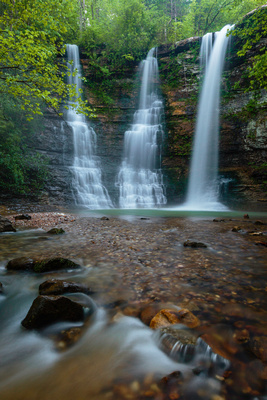 On May 1st, shortly after the severe flooding in Northwest Arkansas, I hiked to Teakettle Falls in Madison County.  This waterfall flows only just after a prolonged heavy rain, but when it does flow, it is among one of the more photogenic waterfalls in Arkansas.  Once again, I waited a day for the water to settle and recede.  Again, my timing was near perfect to visit this waterfall.  Not only was there was there optimum flow of the water, but there was also red columbines within viewing distance of the waterfall. 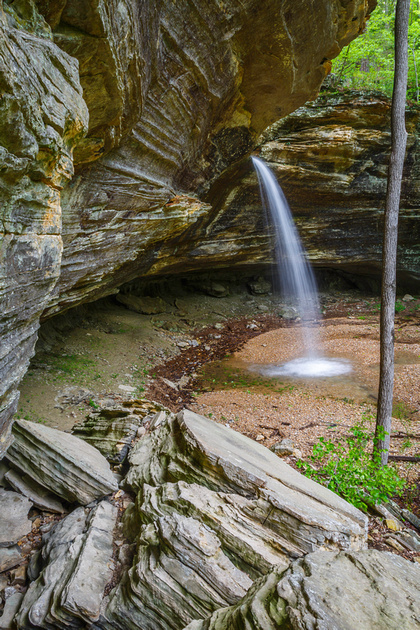 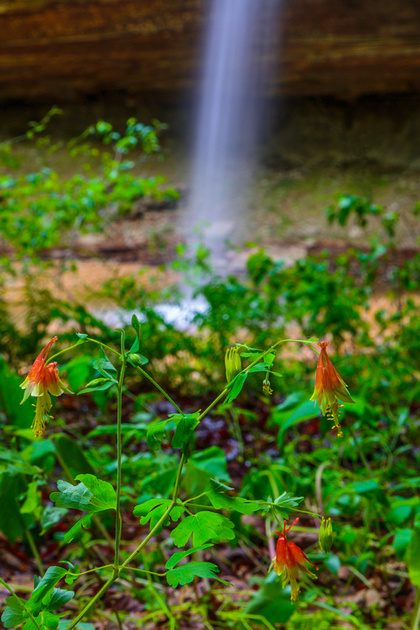 There is also a lesser known waterfall in a side drainage of Warm Fork Creek but still close to Teakettle Falls.  It is not high, but I love the pool of water at the base of these falls. 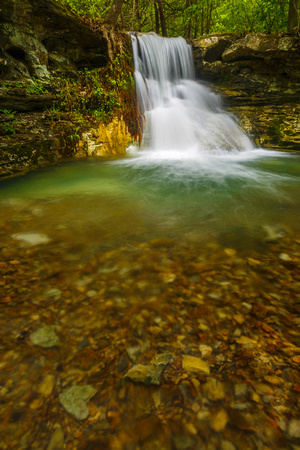 I recently heard that the state of Oklahoma is threatening to close 18 of its state parks in the an attempt to cut costs.  One of the possible closings on this list is Natural Falls State Park near West Siloam Springs, Oklahoma.  If this were to happen, this would be among the last opportunities to view the waterfalls there at such a nice flow.  I have driven to Tulsa many times seeing the sign on where to turn off for this state park. It is a short distance from US highway 412 and all these years I had been underestimating how great these falls were when under the right water conditions! 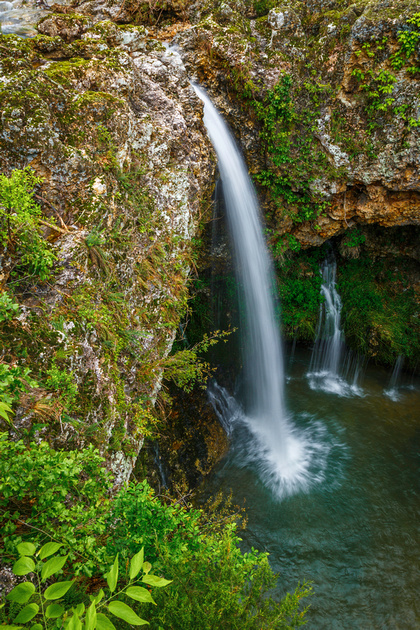 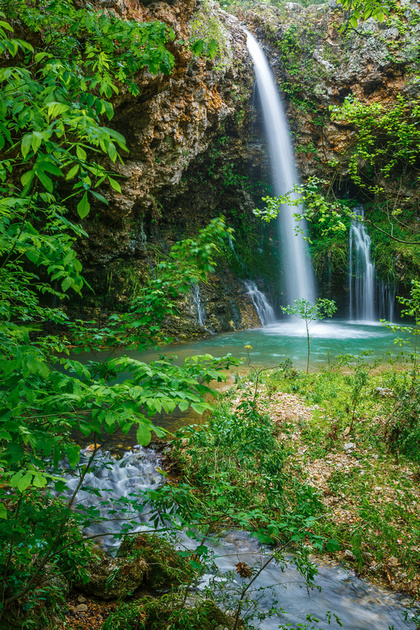 Just looking at the photos, you wouldn't even think they were in Oklahoma.  Let's hope that the government can keep great state parks like this going for future years!