May and June are my favorite months to roam the Southern and Central Plains in search of photogenic storms.   Back on May 16, I drove out to western Oklahoma where some tornadic thunderstorms occurred at the town of Elk City.  There were a lot of chasers on this storm and the tornado was obscured in sheets in rain, so I decided to turn south away from the storm to get a different perspective.   To me, chasing storms is more than looking for tornadoes, When there are too many chasers on a storm, I like to step back and find my own art with storms from afar. The images above and below were taken south of Elk City, Oklahoma. 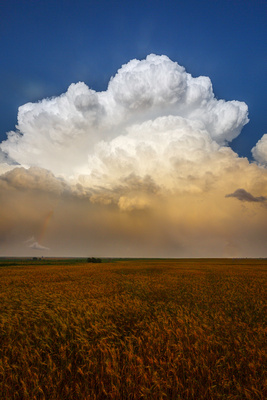 On the afternoon of June 5th, I drove out to one of my favorite locations on the plains of Colorado, Pawnee Buttes.  The curtains of heavy rain (probably containing hail, too) made for a nice backdrop. 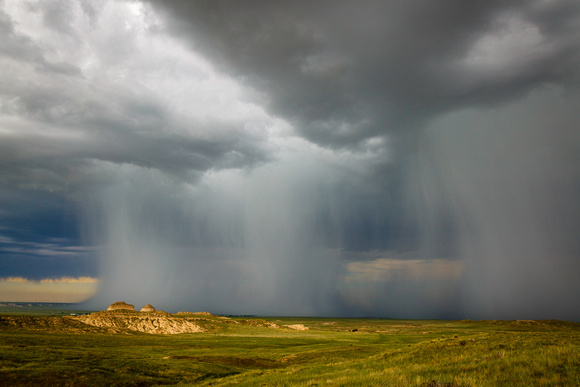 On June 12th, I started off at Wheatland, Wyoming and would up at Alliance, Nebraska around sunset. I saw 4 brief and weak tornadoes.  None of them really made for good pictures.  Either they were too far away or too brief.  Seemed like each time I saw a tornado, by the time I parked on the side of the road and pulled out my camera, they were gone. The most photogenic scene of the evening was this scene below from just east of Alliance, Nebraska.  The "mothership" appearance is of a rotating supercell thunderstorm. 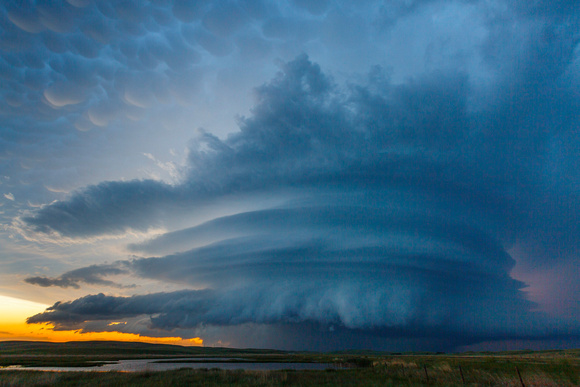 On June 15, I spent the afternoon and evening in Central Kansas. One storm in the Hays, Kansas area was strong enough to produce a tornado warning.  While there did not appear to be a true tornado, there was what us meteorologists call a "gustnado".  One should think of a gustnado as a little circulation along the leading edge of a gust front where cooler outflow winds are blowing out from the thunderstorm.  They are weak and often brief.  A tornado would otherwise be a rotating column of air that goes from the rotating part of a thunderstorm that extends to the ground. Also, notice the greenish tint to some of the clouds. It is believed that the greenish color to the sky is a sign of large hail. 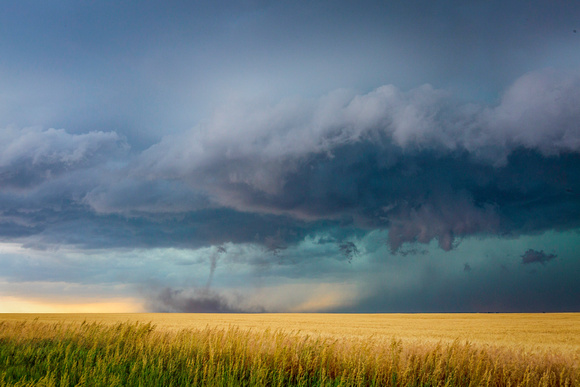 The storms became rather messy with a lot of rain obscuring the best parts of the storm, so I decided to find a hotel in Salina, Kansas.  Coming into Salina, I noticed some bumpy looking "mammatus" clouds overhead in the sky and the sun was about to set with some clear skies on the western horizon.  I was getting that feeling that sky was going to look incredible soon.  While pulling into the hotel parking lot, I noticed this church across the street and down the road about a 1/4 mile away from the hotel.  It turned out to be a yesteryear museum based on the heritage of Kansas.  The little model church made for a great subject against the picturesque sky.  Sometimes the best pictures are after when the storm "chase" is done! 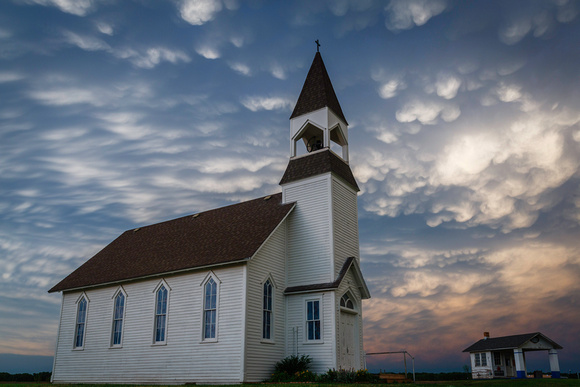