January snow in the Ozarks

Lately, we have seen some very cold temperatures in my home state of Arkansas and even some snow. Thinking there would at least be some light accumulations somewhere in North Arkansas, I set my alarm clock for 3am Sunday morning and decided where to go next. Looking out the window of my cabin overlooking the Upper Buffalo Wilderness I noticed a small coating of snow on my patio so I decided to head over to nearby Hawksbill Crag at first light. 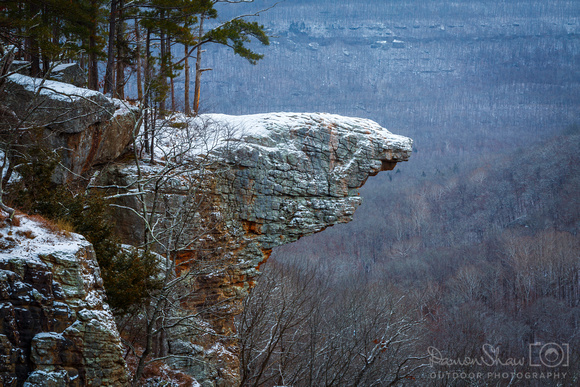 There wasn't much on the ground, about 1/4 inch, but it was enough to add a little interest to the scene. Hopefully, I can be out there for a bigger snow before winter is over.

With another round of snow expected along the Missouri border on the morning of MLK day, I headed to Eureka Springs for some street photography. One of the classic street shots is here next to Basin Park. 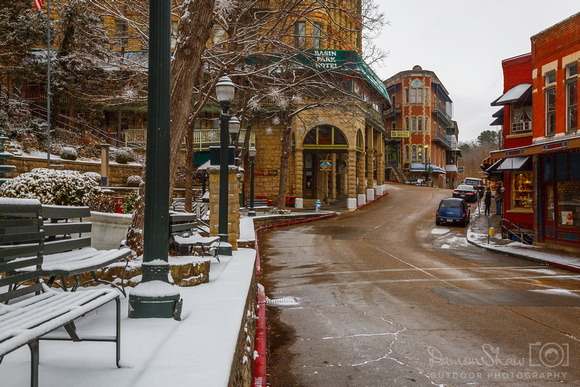 As I walked up and down the slippery streets and sidewalks, I zeroed in on this intimate scene just off Spring Street. The snow clinging to some of the bricks made for a nice touch. 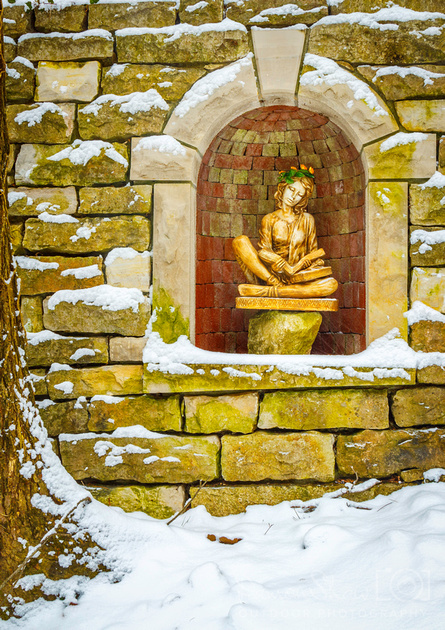 Yesterday evening, I returned to the Eureka Springs area to the small community below Beaver Dam called Beaver. The bridge there that goes across the White River is one of the most photogenic bridges in the state. The snow in the foreground added a nice element and having car headlights and taillights go across the bridge is what made this 30 second exposure come alive. 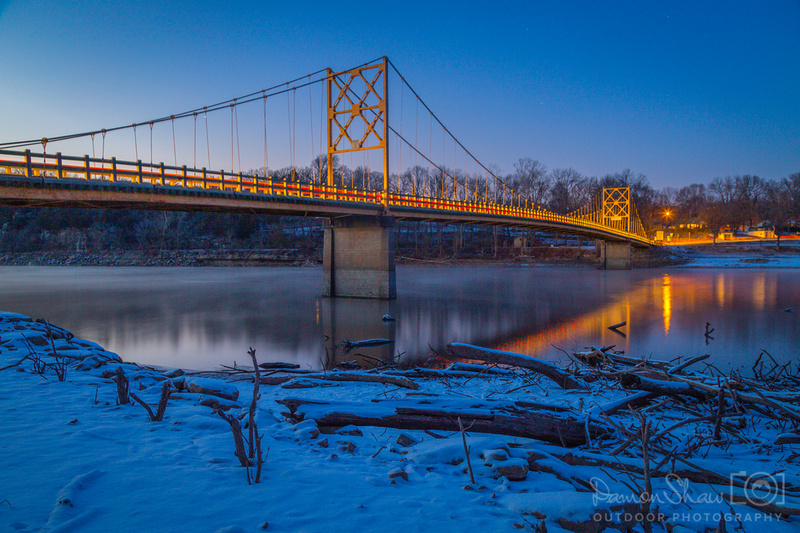 When it is 5 degrees, it is tough to patiently wait for a car to drive over the suspension bridge! However, with some patience, I did get the shot I was looking for. If you look close, you can also see some shallow fog forming on the surface of the river as frigid air flows over the relatively warmer water.

In search of snow and icicles, I made the drive to the outskirts of Joplin, Missouri this morning to briefly visit Grand Falls on Shoal Creek...and I do mean brief. When I pulled up to the falls, my car thermometer read -6! Even when I was dressed in long underwear, a thick coat and with gloves, I could only tolerate about 10 minutes of shooting before wanting to return to my car to warm up. Though not tall, Grand Falls is Missouri's largest natural continually flowing waterfall and it kind of resembles a miniature Niagara Falls. 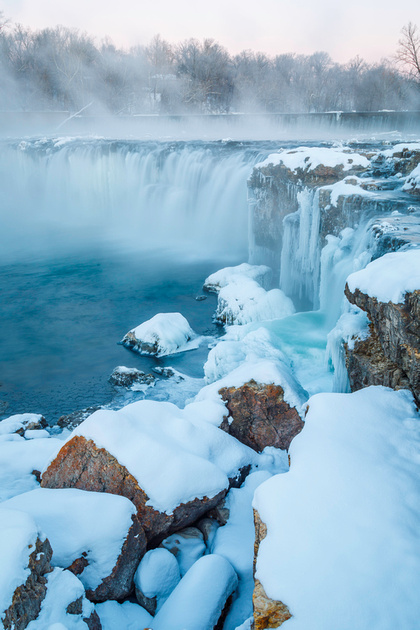 I'm nearly finished with the pictures from my trip to Chicago and I should be posting that blog article later this month.

Jamie Dodd(non-registered)
Ozarks are beautiful in the winter. Some of my favorite memories are hiking, camping and fishing there in the colder months. There's something about the first snow of January that makes me smile. Maybe it's because it reminds me of how much fun I had as a kid playing in the snow or maybe because it reminds me of the days I spent playing football or making snowmen with my friends. I also download templates from http://masterbundles.com/templates/presentations/powerpoint/winter/ source. I really enjoy spending time at Ozarks.
No comments posted.
Loading...
Subscribe
RSS
Recent Posts
The varied landscapes of Colorado An architectural journey from Santa Fe to Taos The Garden Island of Kauai Merry Christmas and Happy New Year! More from the Colorado Rockies The Flat Tops Wilderness of Colorado The Blue Ridge Mountains of North Carolina Arctic Air Invades Arkansas Snow On Top Of The Ozarks Waterfalls and Rainforests of the Pacific Northwest
Keywords
Ozarks Arkansas landscapes snow Creek Ozark National Forest Arkansas photography colorado Arkansas waterfalls winter
Archive
January February March April May June July August September October November December
© Damon Shaw
Powered by ZENFOLIO User Agreement
Cancel
Continue