Abstracts and Architecture Of Chicago 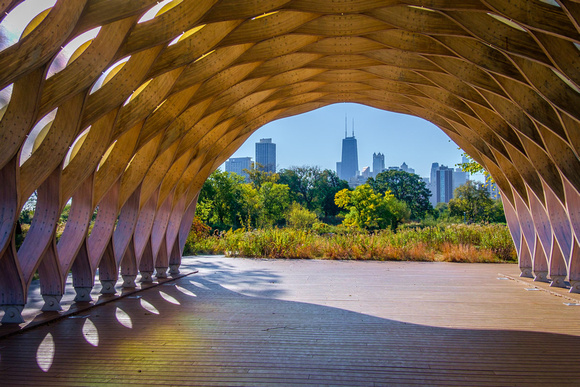 Back in October, I joined up with Justin Reznick for a photography tour of Chicago. This city is the birthplace of the skyscraper and is filled with incredible architectural gems. After the great fire in 1871, Chicago had to start from scratch, and aimed for the most ambitious buildings of its time. This started a movement to push boundaries and be on the forefront of architecture which hasn’t slowed down, even to this day.

The first skyscraper we visited was to the top of the 83-story Aon Tower. Most days, the top floor is not open to the public, but for a few days a year, there is an open house where you are allowed to take in the views from the top floor. With a zoom looms, you can isolate on the bridge at Millenium Park and the steel sculpture known as Cloud Gate. 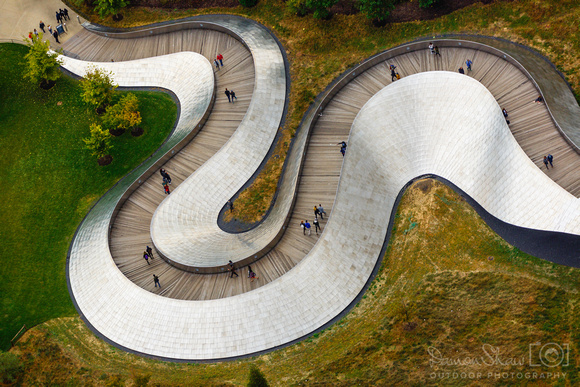 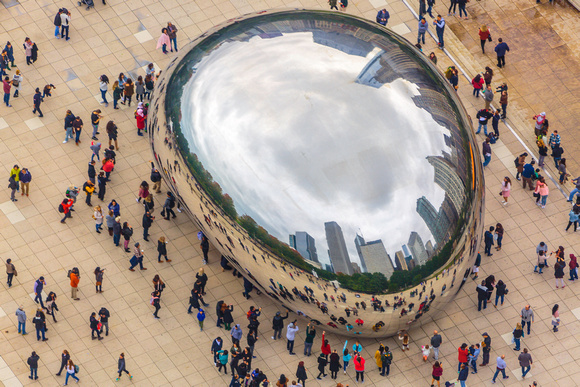 After that, we took a walk along Lake Michigan. It rained a lot the night before, so the Chicago River and Lake Michigan water levels were higher than normal. The water splashing up over some of the walls made for some unique images that you can't always get. The image below was a 3 second exposure used to capture the water flowing back down into Lake Michigan. 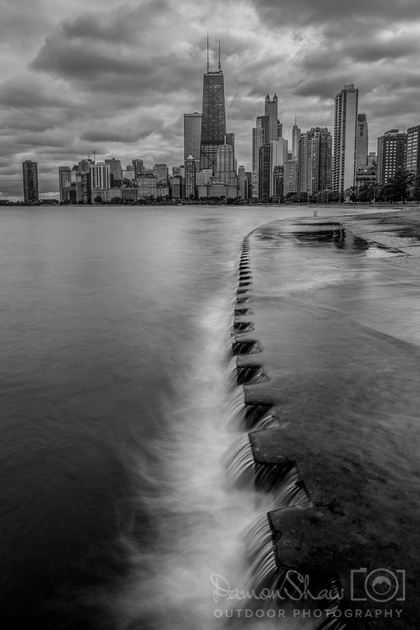 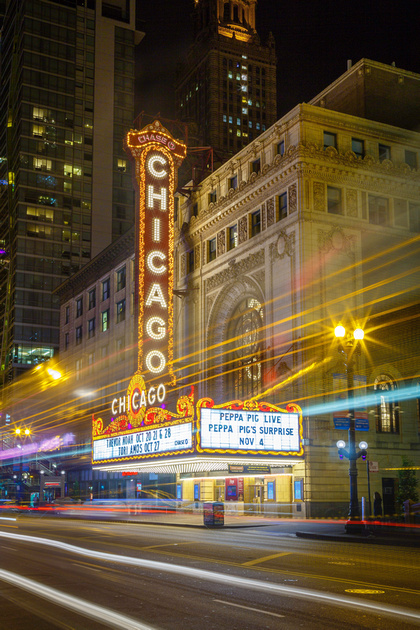 Another fun long exposure was in front of the Chicago Theater. In this image, I waited for a bus going southbound on State Street to approach me and then took a 6-second exposure to capture the headlights and taillights going by to give it the blurry effect you see here.

There are some unusual buildings in downtown Chicago, and it is a great city to do some abstract photography with the structures. When I first approached the wood sculpture known as the Peoples Gas Education Pavilion at Lincoln Park, I was unsure what photographic appeal it would have. It took me a while to get into this place. However, as I started to take pictures, I started to become entranced with symmetry of these wooden beams overhead. 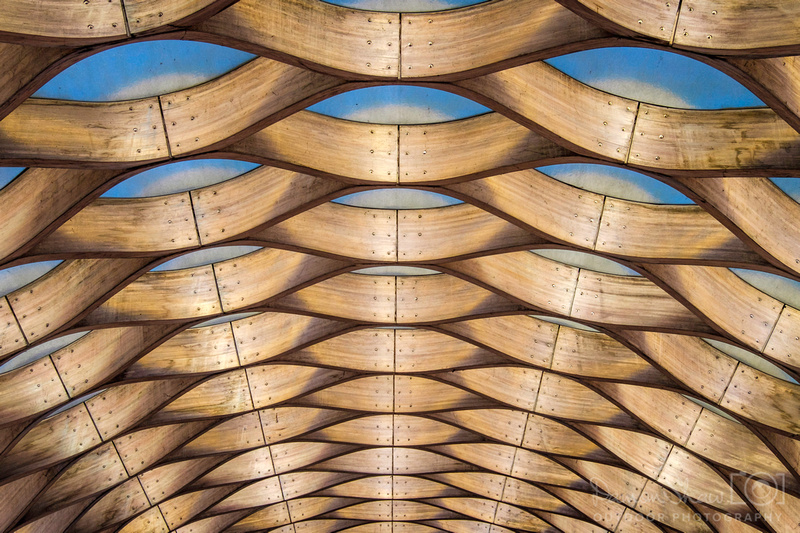 Even looking up on the balconies of the apartment buildings was mesmerizing to me. 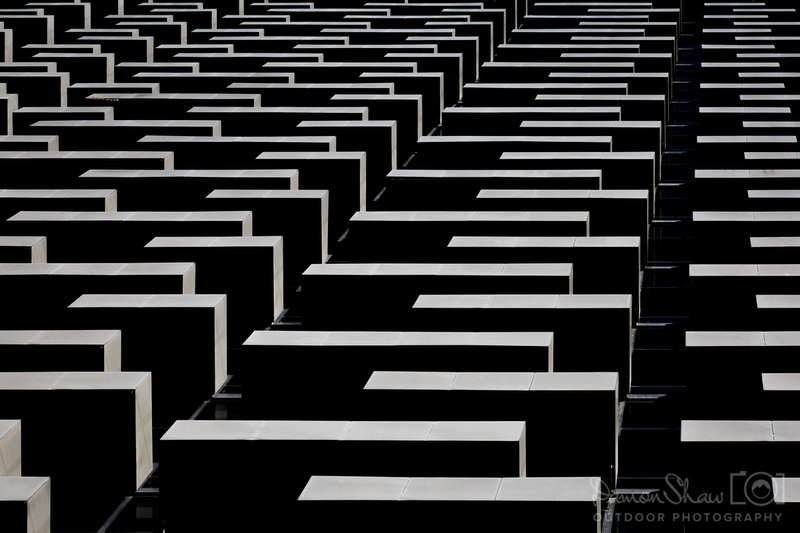 The wavy nature of the modern building known as the Aqua Tower was also fun. It made for some interesting light and patterns as the golden rays of sun hit portions of this apartment building. I love the contrast of the cool and warm tones to this picture! 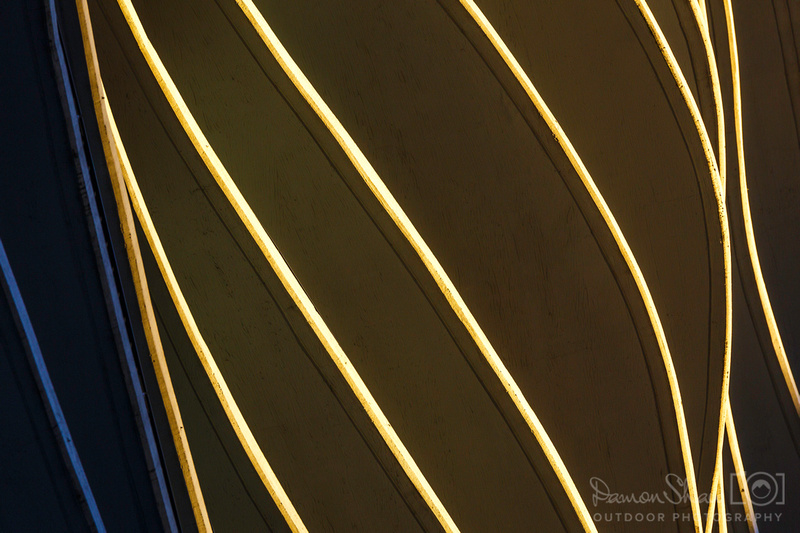 Chicago architecture is known for Frank Lloyd Wright. While I did not visit his famous home designed in the suburb of Oak Park, I did visit The Rookery Building, Chicago's oldest high-rise. This 1885 Romanesque structure has a Frank Lloyd Wright-designed lobby with a beautiful staircase. 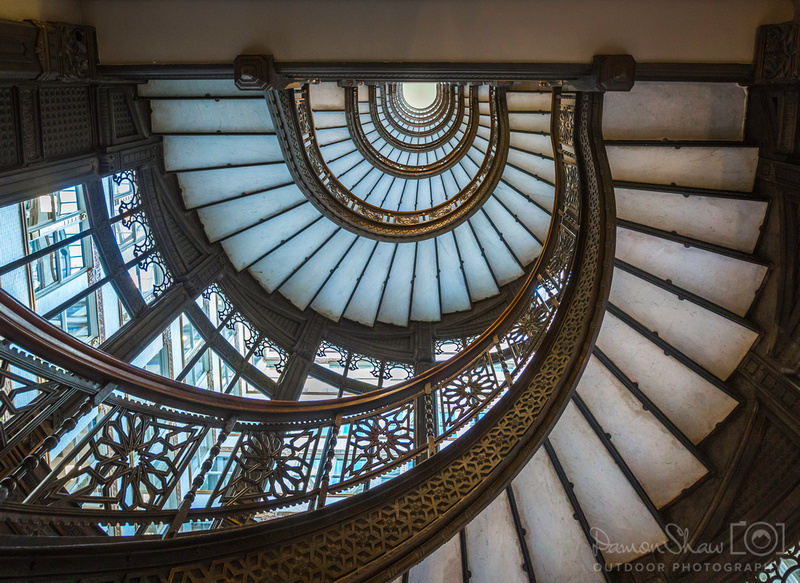 A photography trip to downtown Chicago would not be complete without some urban landscapes of the skyline. We went up to the top of the John Hancock Tower. This picture is looking south down Michigan Avenue. 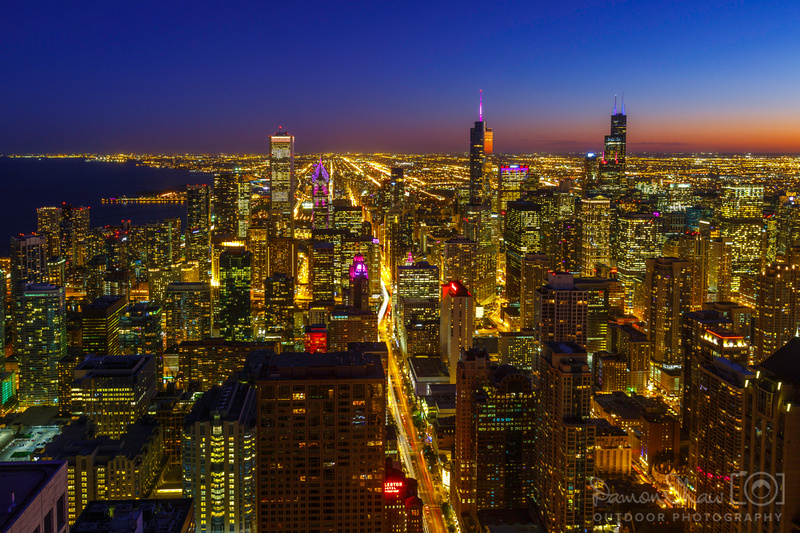 From The John Hancock Tower 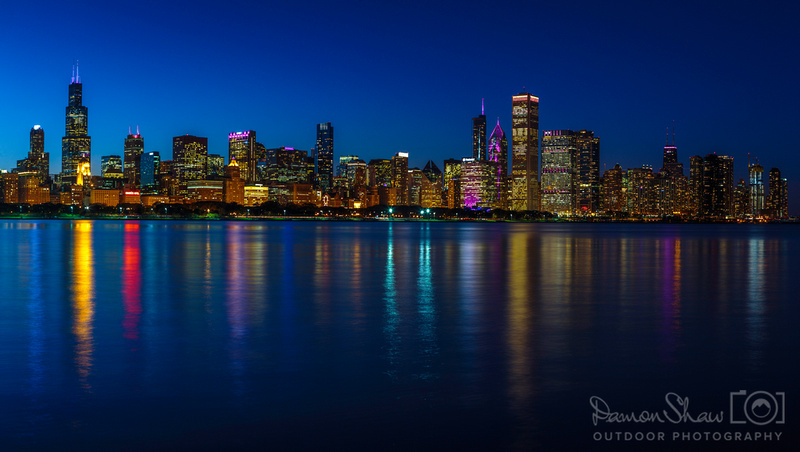 This image was taken from the Chicago Planetarium along a peninsula that juts out into Lake Michigan. The "blue hour" is my favorite time to shoot urban skylines. It is centered about 30 minutes after sunset when the sky has lost has its warm colors from the sun, but the sky hasn't turned black yet. It also works the same way about 30 minutes before sunrise.

Our last stop was to the stainless steel bean shaped sculpture known as Cloud Gate. Constructed in the mid 2000s, the sculpture was inspired by liquid mercury and the sculpture's surface reflects and distorts the city's skyline. In my opinion, the best time to photograph Cloud Gate is just before sunrise when there are not many people in front of it. 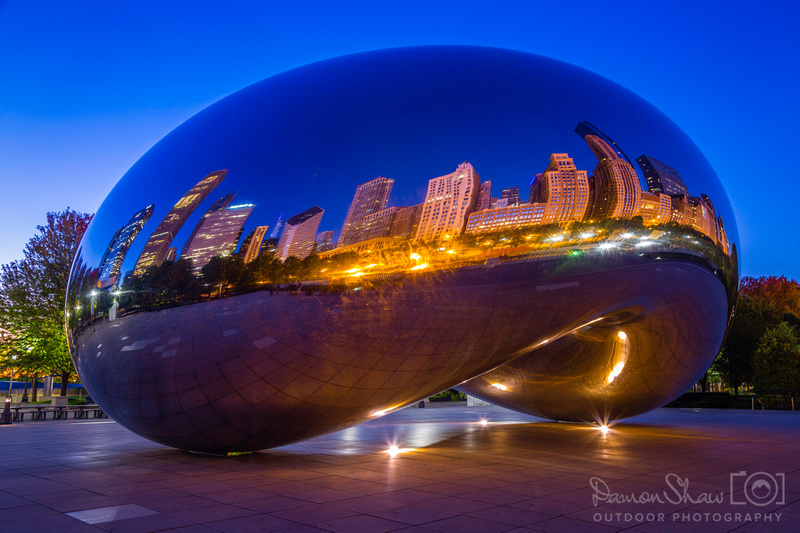 After the sun came up and some light from the sun began to get underneath the metal structure, the color changed and made for some very interesting abstract images. This one was my favorite Cloud Gate abstract!

At the end of March, I will be visiting another great city to photograph...Washington DC. Hopefully I'll be there in time to catch the cherry blossoms in peak bloom!