On the last day of January, we had a full moon. The night before the full moon, I decided to head to the top of Roark Bluff that overlooks the Steel Creek Campground on the Buffalo River. Many times, the best day to photograph is the day before the actual full moon, which in this case was January 31st. So why is it better to photograph just before the actual peak of full moon? In the days before the moon is completely full, the moon rises before sunset. For example, the moon rose 43 minutes before sunset on January 30th but didn’t rise until 26 minutes after sunset on January 31st. When the sun doesn't rise until after sunset, it becomes more difficult to photograph because of the contrast of the bright moon and the dark sky.

After a short hike on a trail and a steep bushwhack, I arrived to the west end of Roark Bluff to get the moon rising over the east of Roark Bluff. Technically, the full moon was 100% the following morning, and was 99.5% full when I took this shot the evening before. However, to the naked eye, you can't really tell the difference. It still appears full. 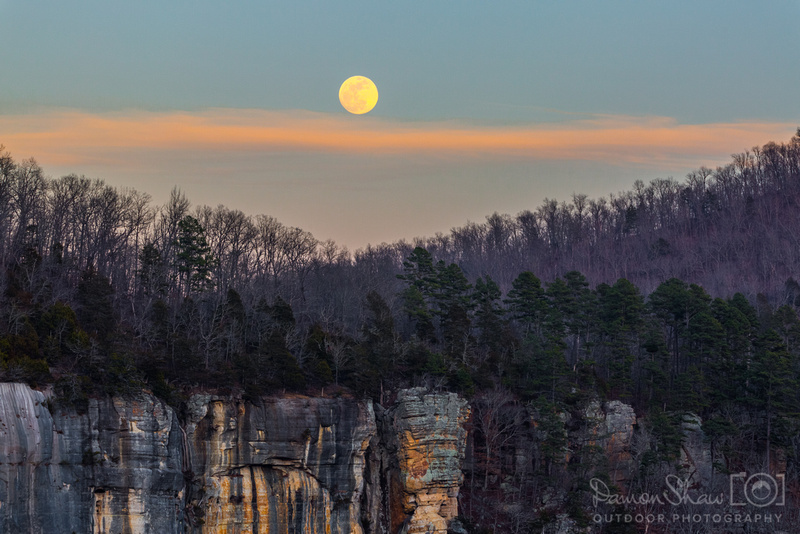 The following morning, with the moon officially 100% full, I went back to the Steel Creek area and shot back in the other direction for the moonset in the western sky. However, there was also a lunar eclipse occurring at the same time. Part of the moon in this photograph is obscured by the Earth's shadow and the rest of the moon has a reddish appearance. 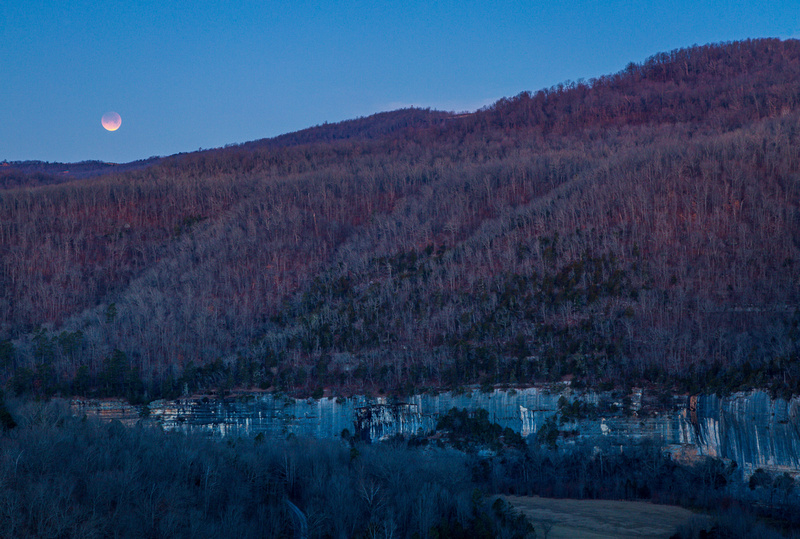 During this past weekend, we had some persistent freezing drizzle in Northwest Arkansas. While it created slick roads, the icing of the trees in Fayetteville was limited. However, that changed quickly in the higher elevations. Once I got up to about 2,000 feet in elevation above sea level, the ice accumulations on the trees changed dramatically. This was due to a phenomenon called rime ice. The rime ice was caused by the freezing fog occurring in the higher elevations when these trees were up into the low hanging clouds. Rime icing occurs when dense fog and below freezing temperatures exist simultaneously. If the right conditions exist, magnificent ice creations can form by the rapid freezing of water vapor on cold surfaces. This fog freezes to the wind-facing side of tree branches, usually with higher wind speeds and air temperatures between −2 and −8 °C (28 and 18 °F).

These pictures were taken along forest service roads in northern Franklin and Crawford Counties at an elevation of about 2,200 feet. 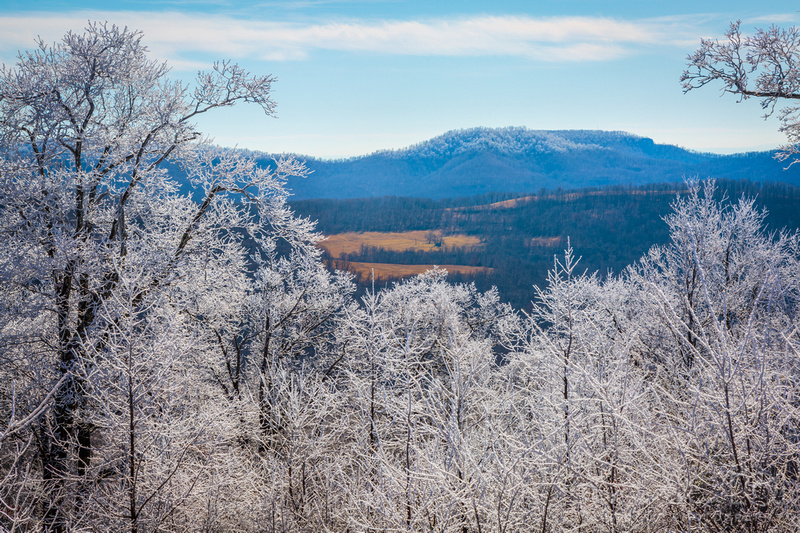