Springtime in the Ozarks 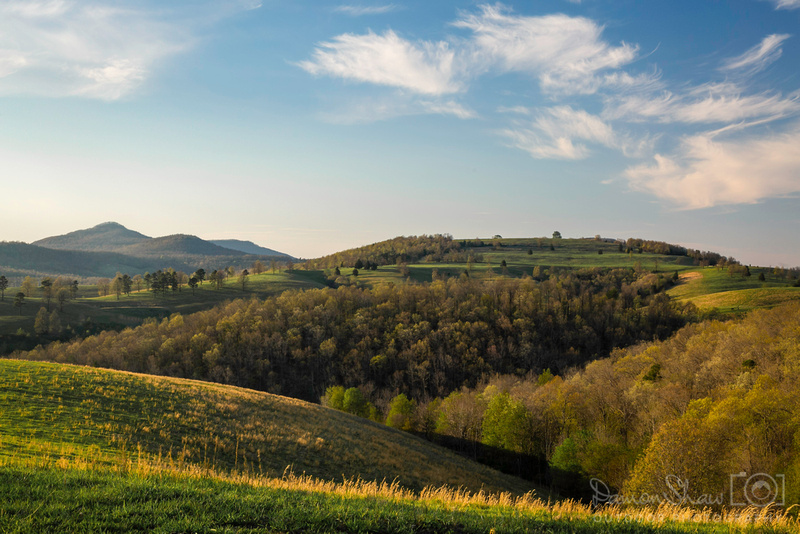 Spring was seemingly later to come to northern Arkansas as temperatures this April were about 6 degrees colder than a normal April. However, we did warm up by the end of the month and the forest eventually became fully green. Now that we are into May, we are starting to consistently see highs in the 70s and 80s.

I visited both iconic spots that are well known and did some off trail hiking to waterfalls that are rarely photographed. Personally, I like going to the non-iconic spots more as I enjoy the challenge of creating my own unique art. However, the icons tend to be more popular among the public and sell better.  People tend to want pictures of locations they have been to or are familiar with. I prefer to visit the icons that are frequently visited either early on weekday mornings or when the weather is lousy, when most people stay home. Such was the case on April 25th. Rain in the middle of the day kept most people away from Hawksbill Crag. Looking at the radar, I decided to time my hike there as most of the steady rain was ending but areas of mist were left behind.  Not only did I have the place to myself, but it also made for some good pictures. 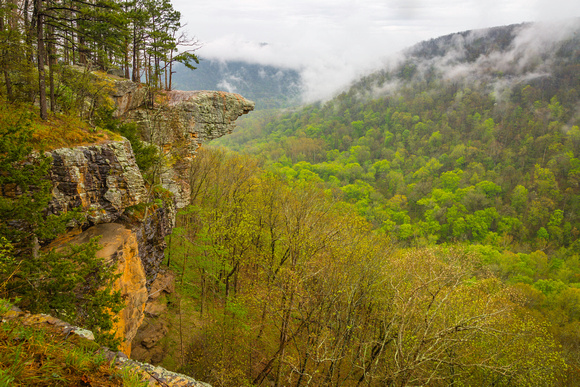 The rain and warmer weather allowed for some mushrooms to grow.  I just happened to come across these morel mushrooms while hiking on the Ozark Highlands Trail. A bit of a rare find! 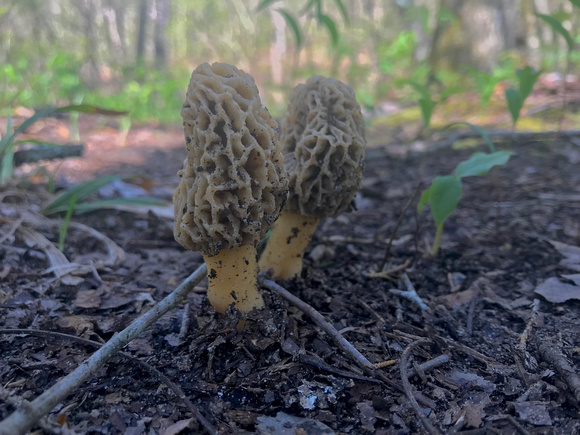 Last week, I did a couple of early morning hikes inside the Ponca Wilderness which includes some of the most beautiful and rugged scenery in Arkansas, including the Buffalo River that runs right through it. I hiked 3 miles in the dark to Big Bluff, one of the tallest bluffs on the Buffalo River. My original intent was to capture the dawn colors in the sky that I was expecting just before sunrise. I arrived just in time to find that the moonlight was reflected in the river. Both scenes turned out to be quite nice. Hikes that start in the dark can have rewards! 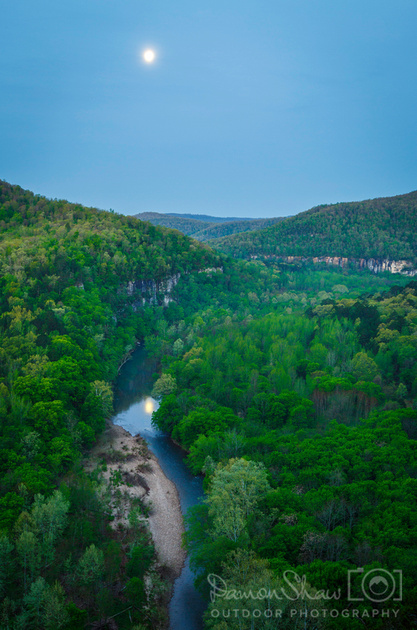 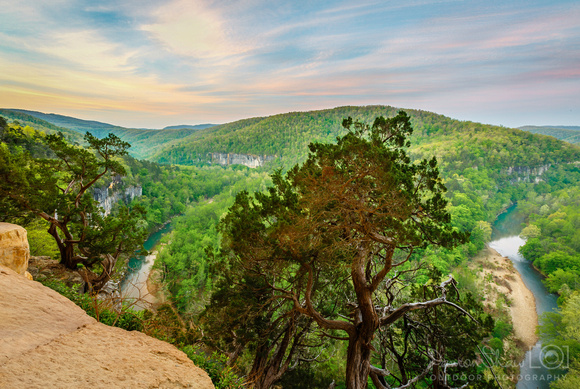 The next morning I took a hike on the Buffalo River Trail above the Steel Creek Campground with its view of the river and Roark Bluff. 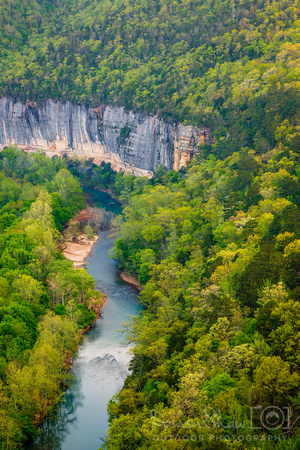 Roark BluffRoark Bluff along the banks of the Buffalo River in Arkansas. 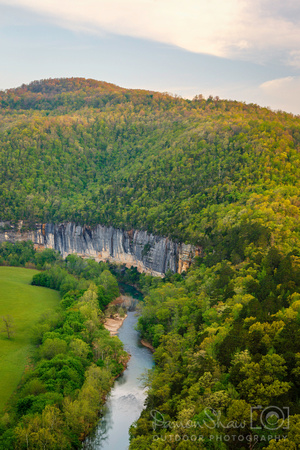 I also did some off trail exploring to some hidden treasures in little traveled areas of the Ozark National Forest, which included some wild irises at this unnamed waterfall. 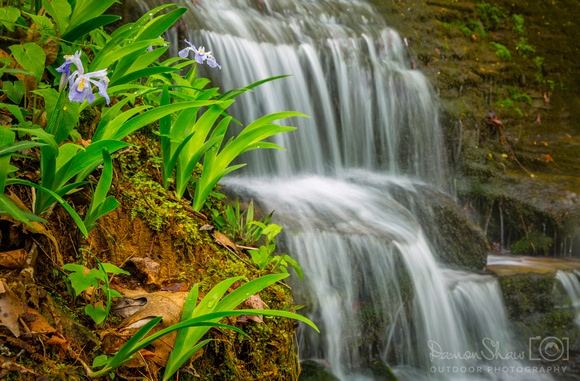 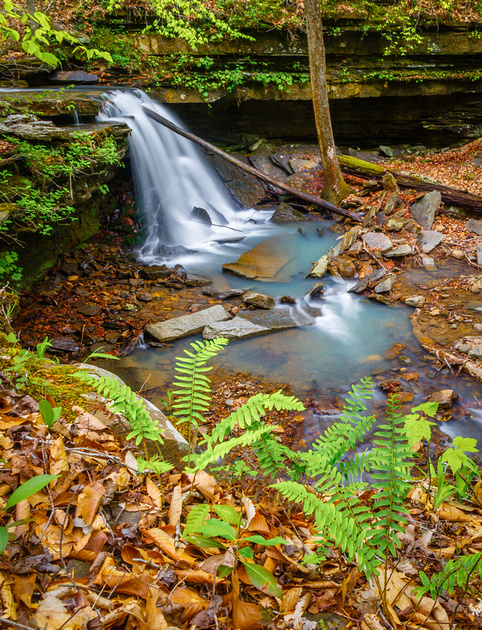 This previous Saturday morning, I was treated to spectacular early morning fog in the valleys of the Buffalo River. At my overlook of the Upper Buffalo Wilderness, I pulled out a zoom lens to capture the ever-changing patterns and light of the fog that slowly burned off. 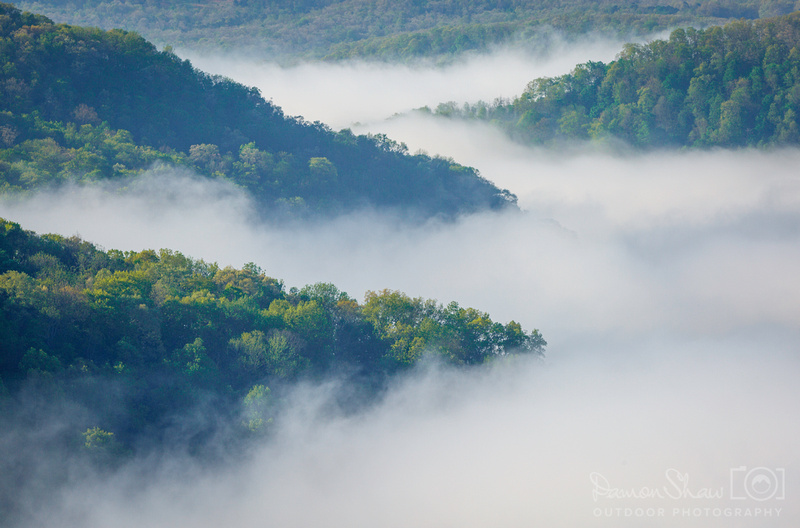 This morning, I went to one of the more frequently visited waterfalls of Arkansas, Eden Falls at Lost Valley near Ponca, Arkansas. At over 50 feet tall, it is also one of the most photogenic waterfalls in the state with a pretty little pool at the bottom.  Nearby, I also spotted some red columbines in bloom. 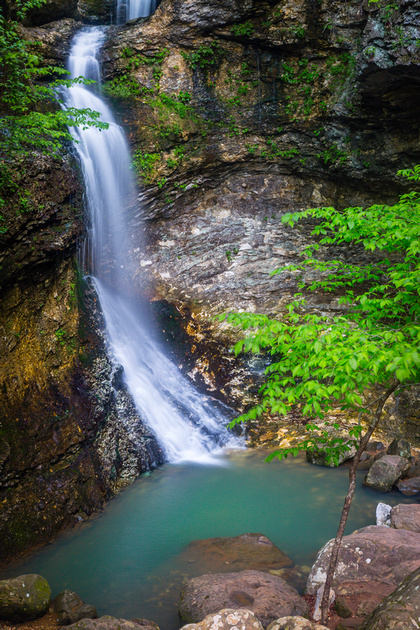 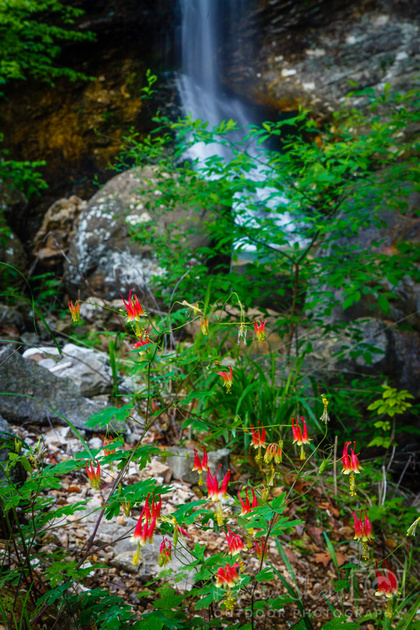 It is amazing how fast the forest can turn green. The phase of newly leafed out bright green leaves on the trees doesn't last long. Soon the forest will turn a darker and duller shade of green and will be that way through September. I will soon be focusing on storm chasing opportunities in the Plains for the rest of this month and into June.

New York Magazine(non-registered)
I think this is a standout amongst the most critical data for me. What"s more, i"m happy perusing your article. Be that as it may, ought to comment on some broad things
Self Help Book Publisher(non-registered)
Great info! I recently came across your blog and have been reading along. I thought I would leave my first comment. I don’t know what to say except that I have.
best vpn(non-registered)
There is definately a great deal to know about this subject. I like all of the points you've made.
how-to-create-an-electronic-signature-without-a-pdf-editor(non-registered)
Where is their secure version of the website. They have shifted to how-to-create-an-electronic-signature-without-a-pdf-editor and this is a cause of concern for me. They should advertise the https one considering how paranoid people can get.
colgate packing job(non-registered)
Hello! I just wish to give an enormous thumbs up for the nice info you've got right here on this post. I will probably be coming back to your weblog for more soon!
No comments posted.
Loading...
Subscribe
RSS
Recent Posts
Dinosaur National Monument A brief trip to Big Bend National Park The varied landscapes of Colorado An architectural journey from Santa Fe to Taos The Garden Island of Kauai Merry Christmas and Happy New Year! More from the Colorado Rockies The Flat Tops Wilderness of Colorado The Blue Ridge Mountains of North Carolina Arctic Air Invades Arkansas
Keywords
Ozarks Arkansas landscapes snow Creek Ozark National Forest Arkansas photography colorado Arkansas waterfalls winter
Archive
January February March April May June July August September October November December
© Damon Shaw
Powered by ZENFOLIO User Agreement
Cancel
Continue