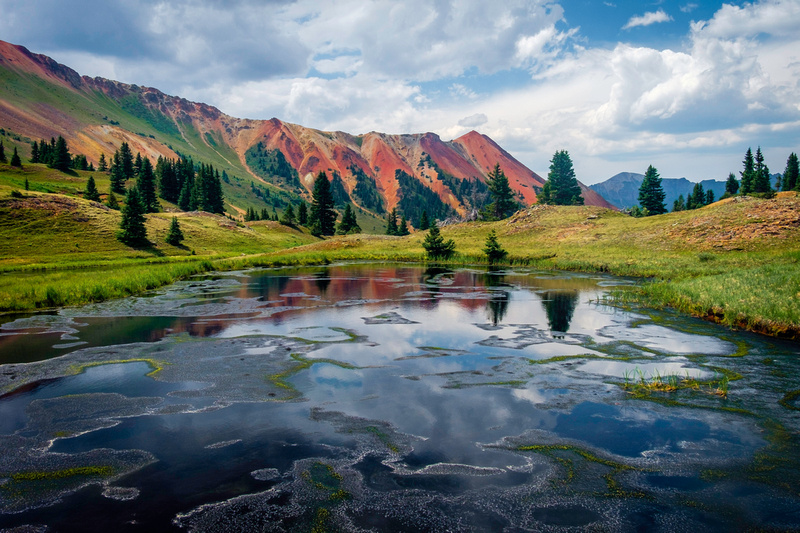 I spent much of July in my favorite summer hangout, the Colorado Rockies. I did a lot of hiking with early morning starts with many of these hikes going up the mountain to catch sunrises and early morning light above the treeline. Therefore, I often wake up at 3am and start hiking by 4am to get there in time.

My first early morning hike was to Bison Peak in the Lost Creek Wilderness. The Lost Creek Wilderness is a bit overlooked compared to the surrounding areas of Colorado. It doesn't feature classic soaring 13,000 and 14,000 foot peaks that Colorado is known for, but it does feature some 12,000+ feet tall mountains with some unusual granite rock formations, such as these you see here. 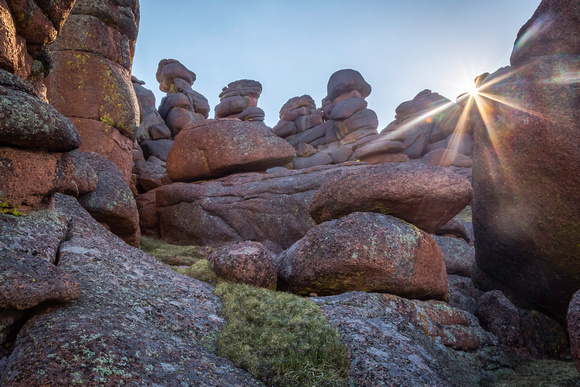 It was about 5 1/2 mile hike uphill with over 4,000 foot elevation gain to reach this point, but it was good training for my backpack trip into the Wild Basin Region of Rocky Mountain National Park. I spent one night near Finch Lake where I was able to get this shot at dusk looking toward the Continental Divide. 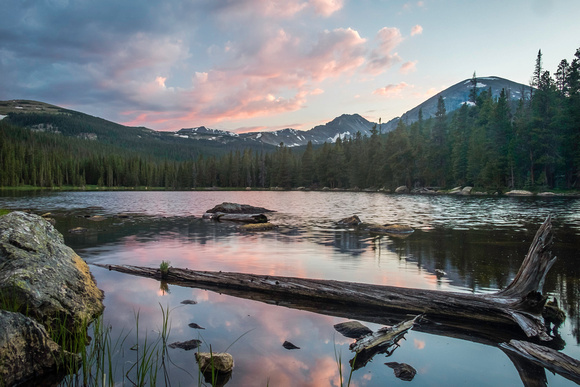 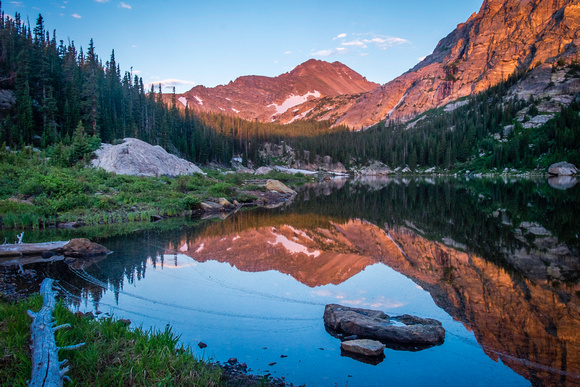 The next morning I hiked up to Pear Lake to get first light shining on the mountains. I also spent 3 nights at Thunder Lake, where the wildflowers were at their peak. 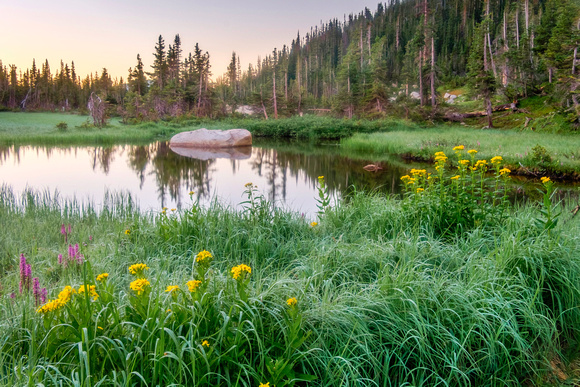 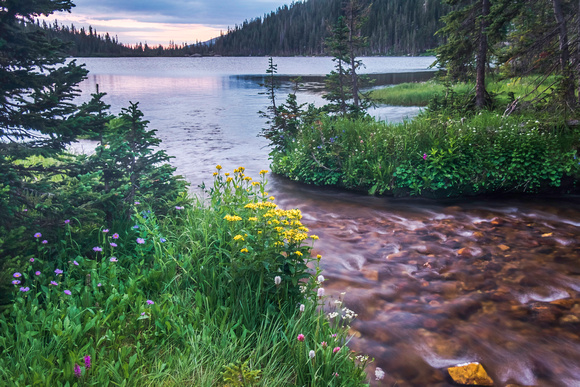 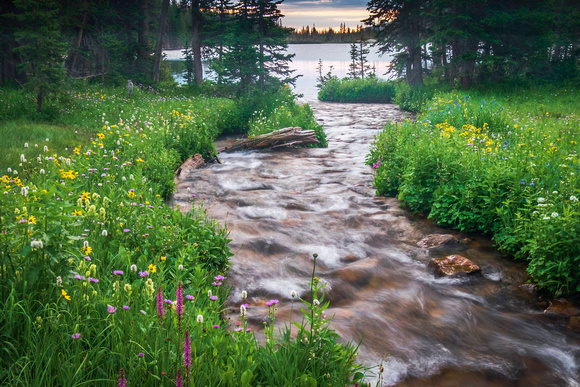 From Thunder Lake, I hiked even farther up to above the treeline and almost to the Continental Divide. Here, I looked down onto Thunder Lake in the far distance beyond Lake Of The Many Winds, where a reflection of a puffy cumulus cloud was placed perfectly. 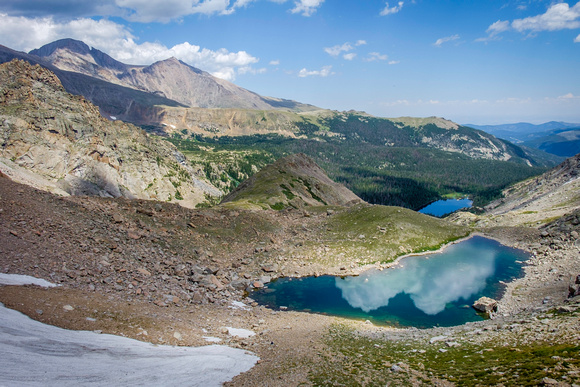 I spent one night in the Eagles Nest Wilderness just north of the ski resort town of Copper Mountain, where I camped close to this unnamed lake. Not a bad place to spend the night and watch the light change! The magenta flowers are called Paintbrush. 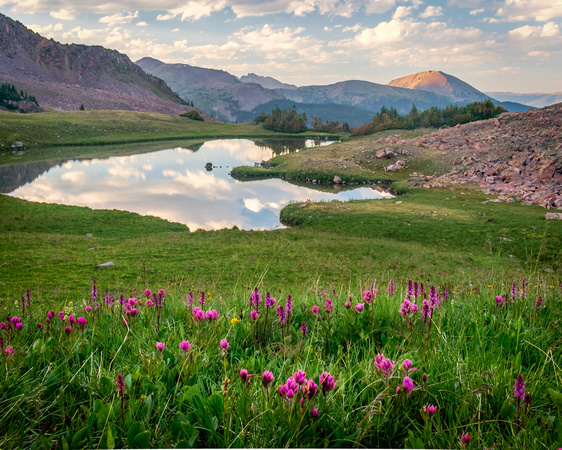 Watching the light change at a high elevation can be a magical experience. In my opinion, it is worth it to either spend the night at remote locations or to force myself to get out of a comfy bed at 3am. One of the my favorite shorter day hikes in Colorado is to head to Shrine Mountain near Vail Pass. The wildflowers are often great there in the summer and you can gaze out toward the Gore Range to the north or Mount Of The Holy Cross to the west (seen below). 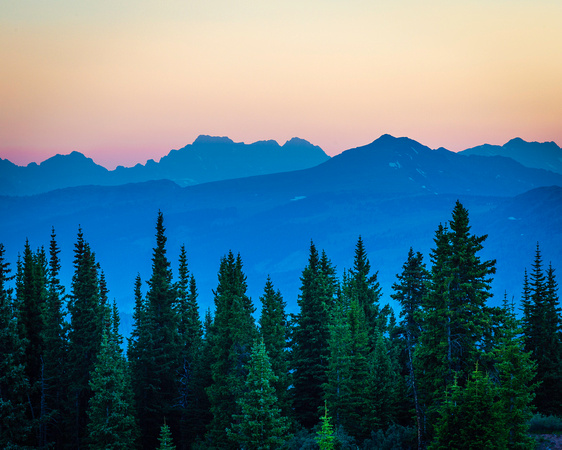 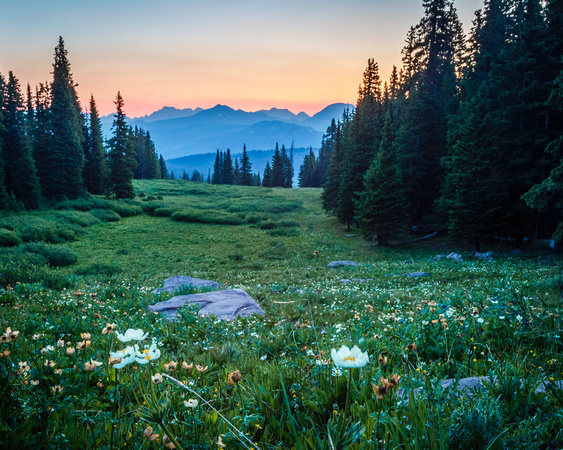 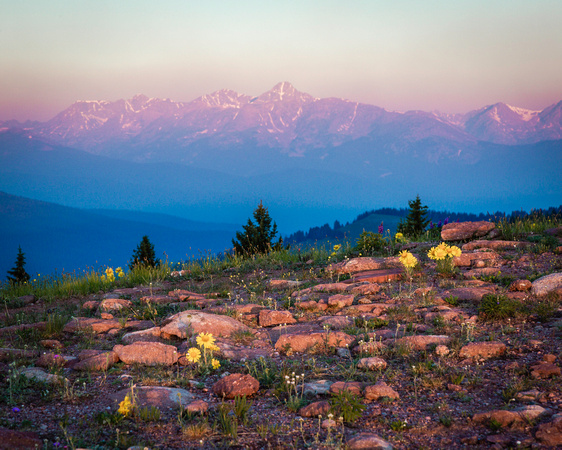 The snowpack was lighter than usual this year and the snow melted about 2 or 3 weeks earlier than average. The drought conditions in southern half of Colorado made for a rather unusual flower experience as the timing was off. Most of the common species were either ahead of schedule and past peak or the number of flowers seemed fewer than normal because of the lower moisture in the ground. However, the fireweed was in full bloom and at its peak by the time I was farther south toward Crested Butte and Silverton.  There were some nice fields of tall fireweed stands in the Crested Butte area. 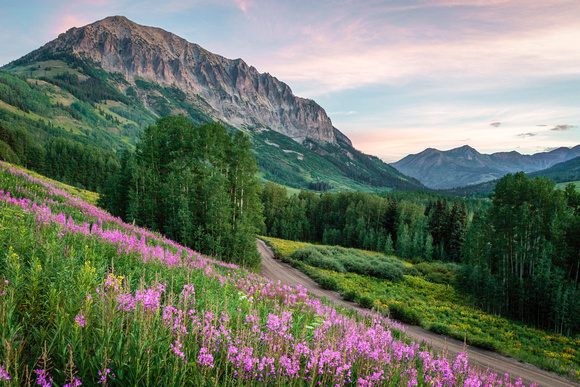 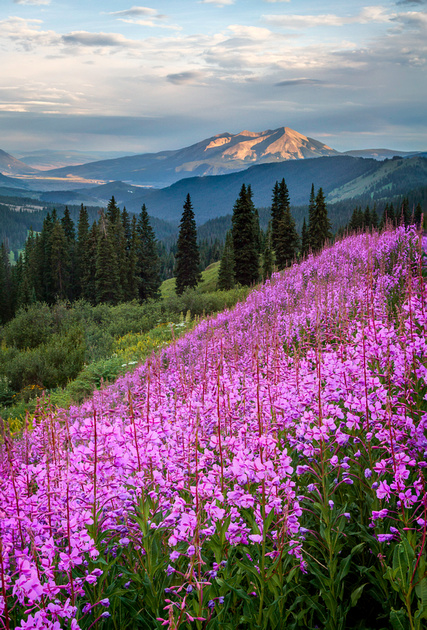 Below are some of my favorite pictures from my hiking and jeeping adventures in the Silverton area of southwest Colorado. 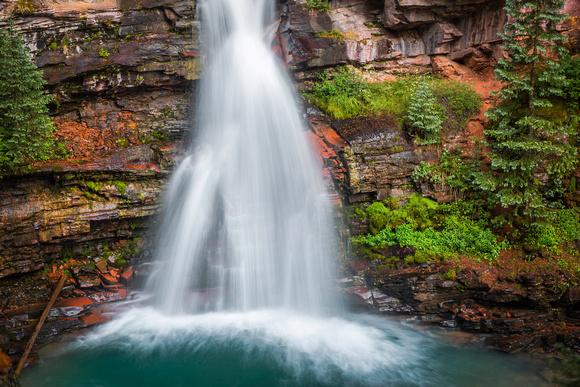 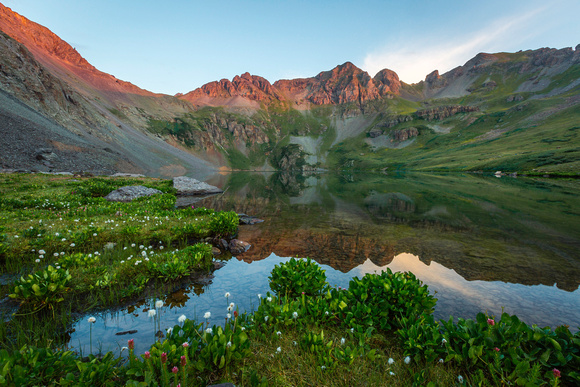 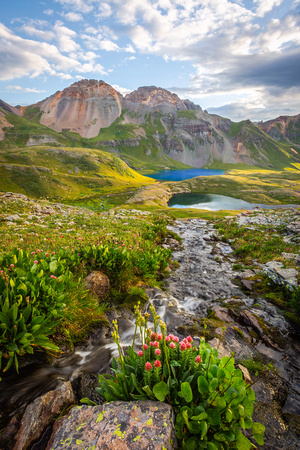 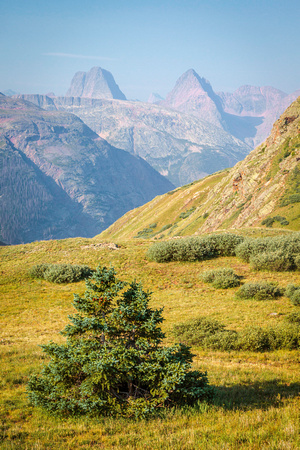 A trip to Colorado in the summer wouldn't seem complete to me without climbing a 14er, as I have climbed at least one each of the last 5 years. This year I did Mount Evans and Mount Elbert. One can also drive to the top of Mount Evans, which is the highest paved road in North America. Mount Elbert, at 14,433 feet, is the highest point in Colorado and the 2nd highest point in the lower 48. Only Mount Whitney in California is slightly higher.

The picture above was the view at dawn on the way to the top. I have now been to 5 of the states' highest points (Arkansas, Colorado, New Mexico, Oklahoma and Texas). I don't plan on seeing all 50 state high points, but I would like to knock out at least a few more in my lifetime.  Here is the view from the top of Mount Elbert. 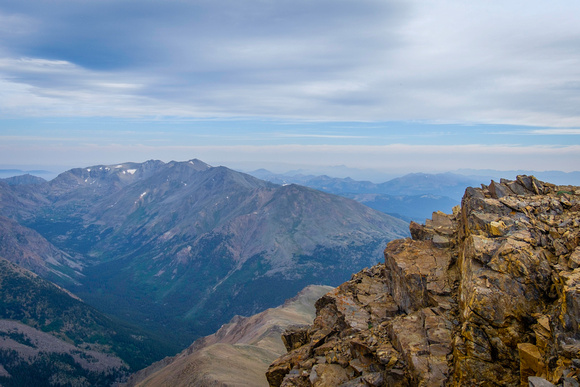