Over the week of New Years Day, I went to northern New Mexico. I arrived in Santa Fe with cold temperatures and snow already on the ground. Once again, on the night of New Years Eve, snow fell across much of New Mexico. While most people slept in on the morning of New Years Day, I headed out for a walk to the plaza area of downtown Santa Fe. With a fresh coating of snow on many surfaces, it made for some unique imagery. Below are a couple of pictures from the Cathedral Basilica of St. Francis of Assisi and the Loretto Chapel. 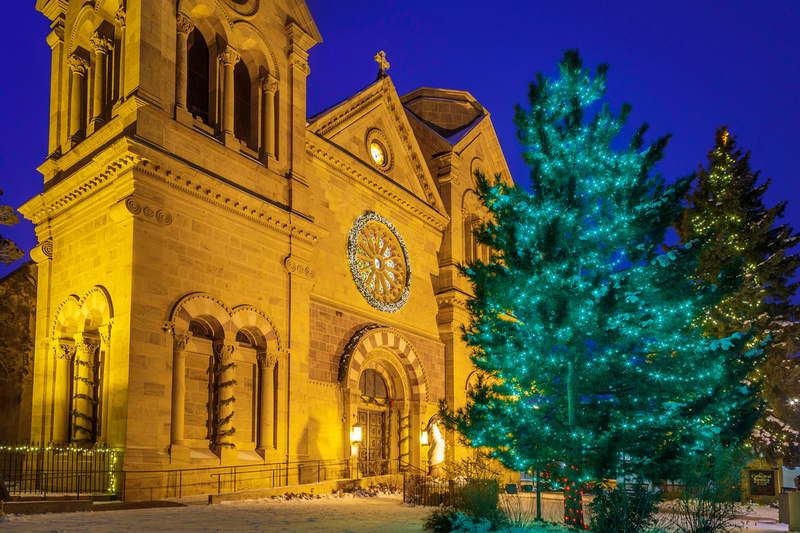 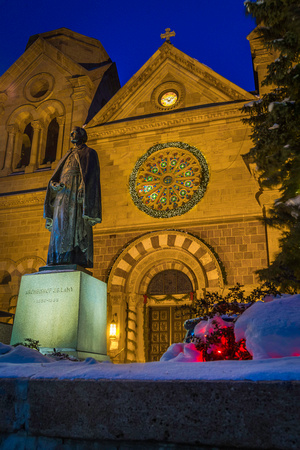 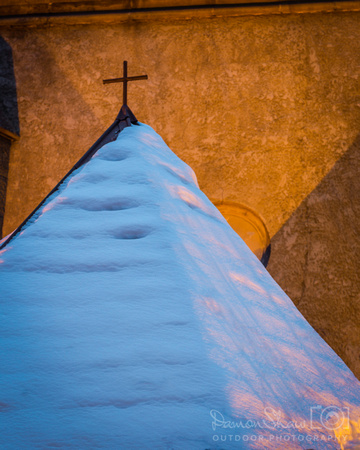 The sun would soon come out but temperatures remained cold. For something a little different, I also headed to the Santa Fe National Cemetery. Burial in a national cemetery is open to all members of the armed forces who have met a minimum active duty service requirement and were discharged under conditions other than dishonorable. 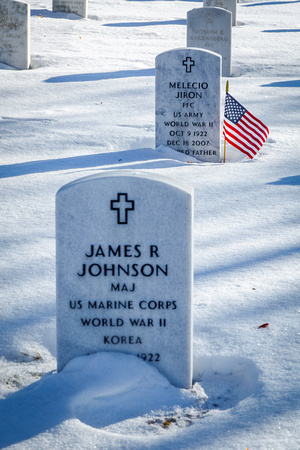 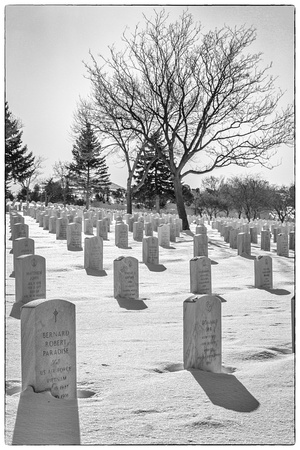 The High Road to Taos Scenic Byway takes the traveler through an authentic remnant of Old Spain that is still evident in the religion, architecture and history along the route between Santa Fe and Taos. This road travels through Chimayo, a community known for the beautiful El Santuario de Chimayo, and also the village of Las Trampas, home of the San Jose de Gracia Church. These Spanish pueblo mission churches were built in the late 1700s and early 1800s. 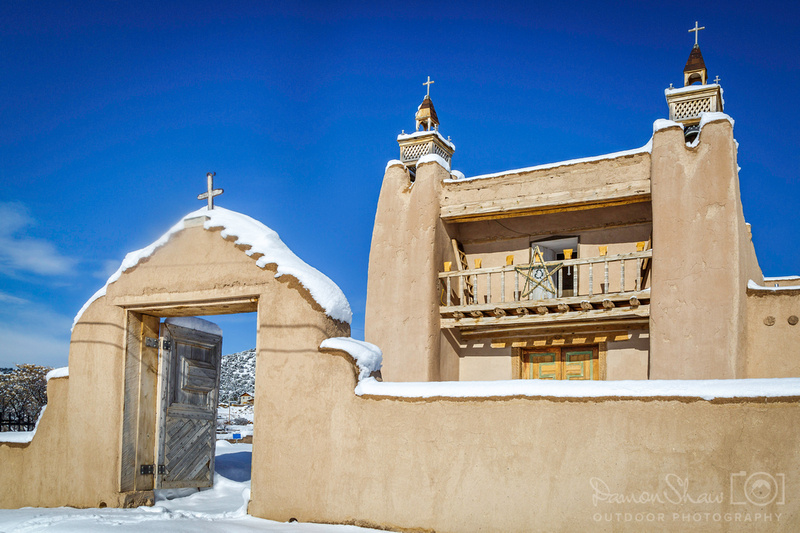 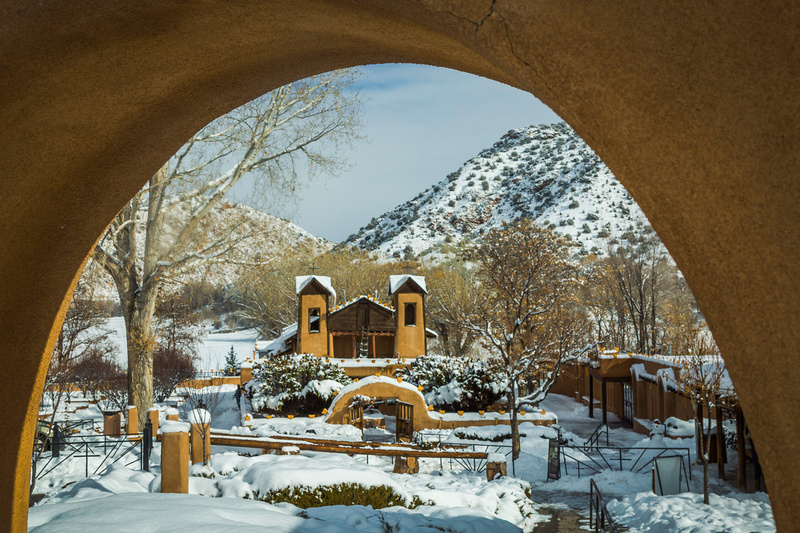 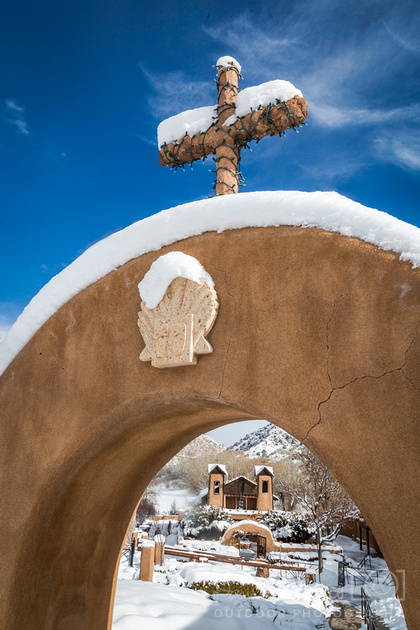 Just outside of Taos is the San Francisco de Asis Mission Church in Rancho de Taos. Another mission constructed in the late 1700s, it has been the subject of several paintings by Georgia O'Keefe and photographs by Ansel Adams. 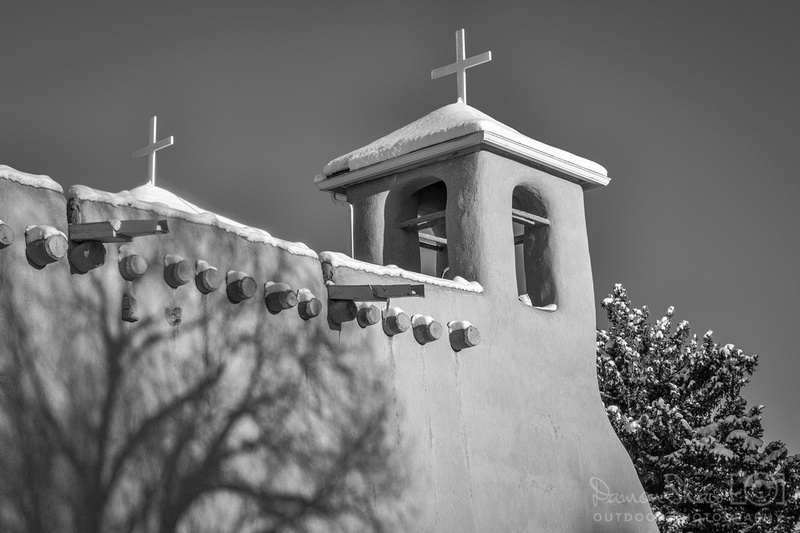 I will be heading back to New Mexico in September, so look for some new photographs from Santa Fe, Taos and nearby Abiquiu (where Georgia O'Keffe lived) this fall.