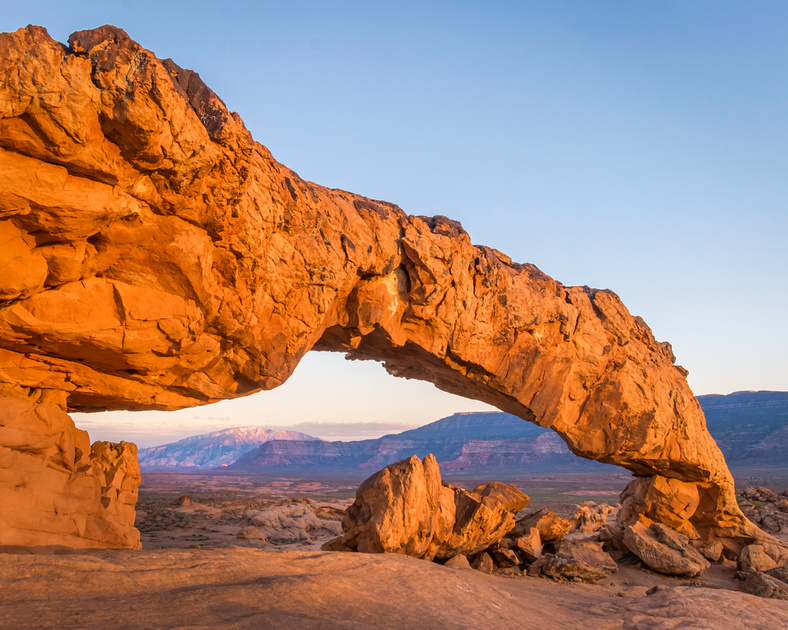 I returned to a few favorites but also visited some new spectacular locations. In 2016, I visited the tallest waterfall in Utah...Calf Creek Falls. On my return visit, I did something a little different. Last time, I captured the entire waterfall. But this time, I decided to focus on the up close scenes with a zoom lens.  You can find more scenes like this in my new Nature Up Close Gallery. 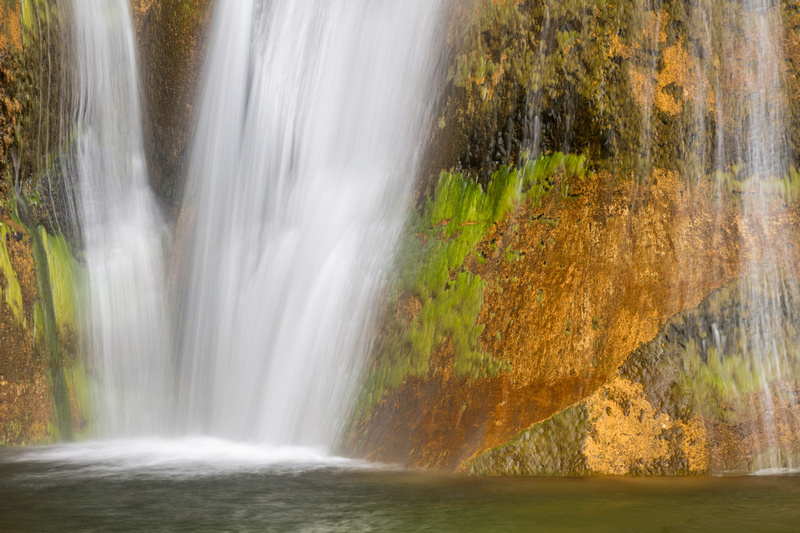 The region known as Hole In The Rock Road south of the town of Escalante is home of some of best slot canyons in the world.  A slot canyon is a narrow canyon, formed by the wear of water rushing through rock. A slot canyon is significantly deeper than it is wide and in some cases hard to get through the twisty, narrow corridors. 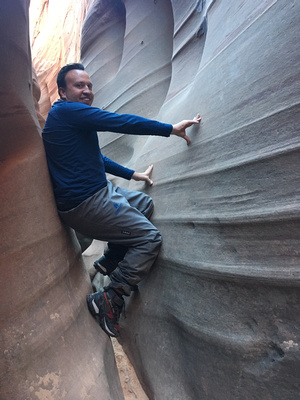 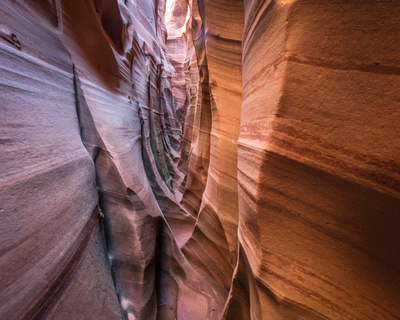 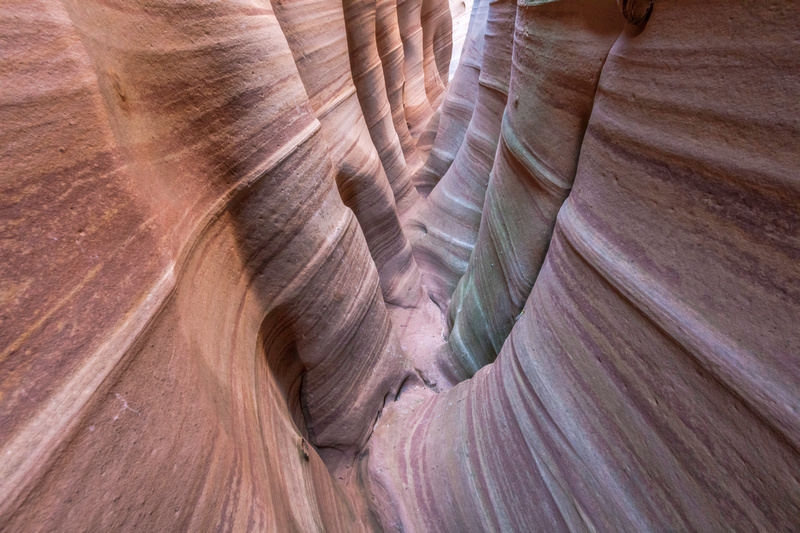 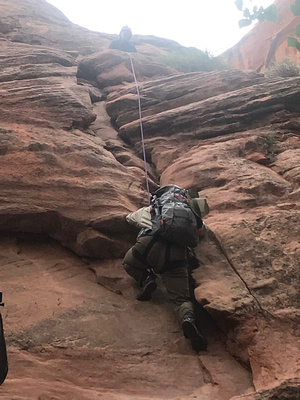 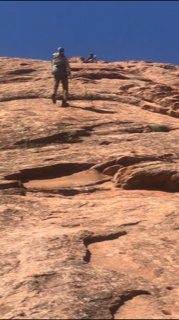 I'll admit it was intimidating.  Going down is mentally challenging and going up is physically exhausting. We had a rope, a harness and a helmet for extra safety. Once down and up the rock face, I was glad I did it.  There is some amazing scenery there, such as Jacob Hamblin Arch and Coyote Natural Bridge. 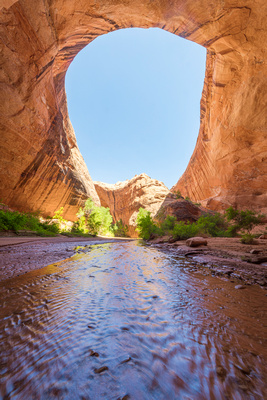 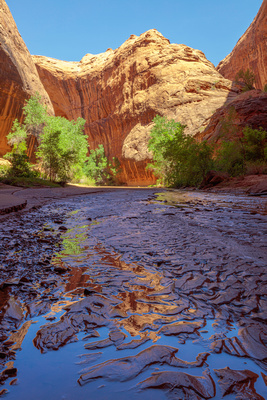 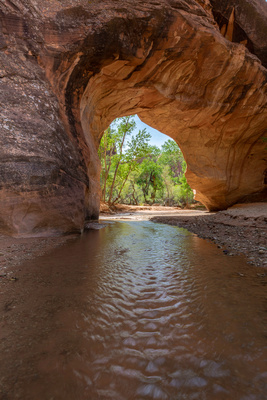 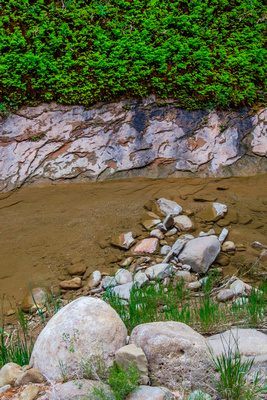 You can also see some wonders just by looking closely at the ground, such as mud cracks and also something else. 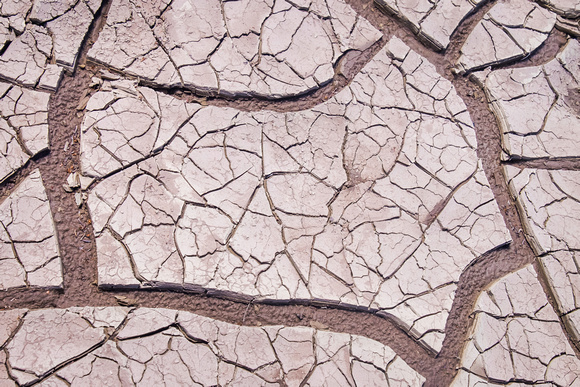 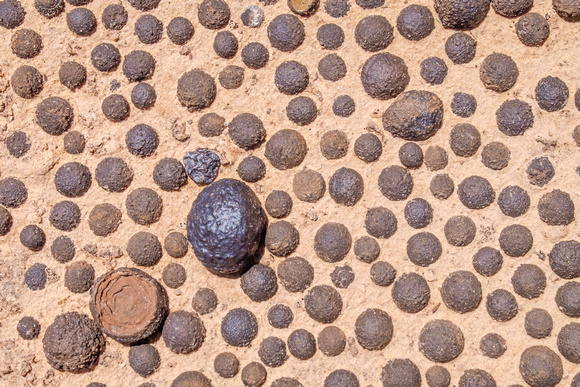 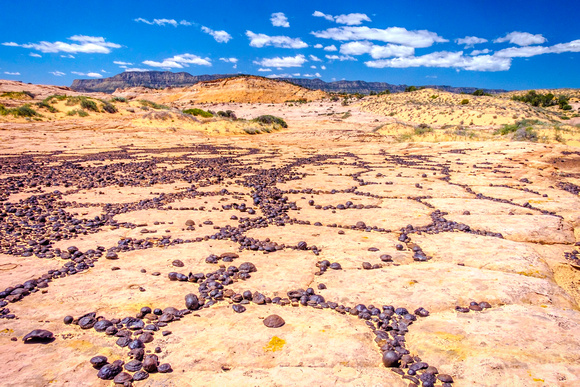 These round rocks that crop up in the Navajo Sandstone are known as "moqui marbles". Moqui marbles are small, brownish-black balls composed of iron oxide and sandstone that formed underground when iron minerals precipitated from flowing groundwater. The word Moqui comes from the Hopi Tribe. The Hopi were previously known as the Moqui Indians, named so by the early Spaniards, until their name was officially changed to Hopi in the early 1900s. 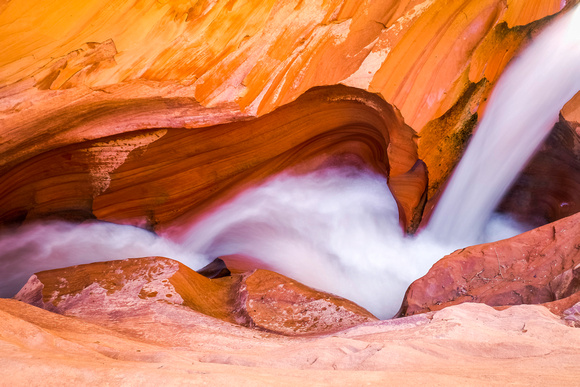 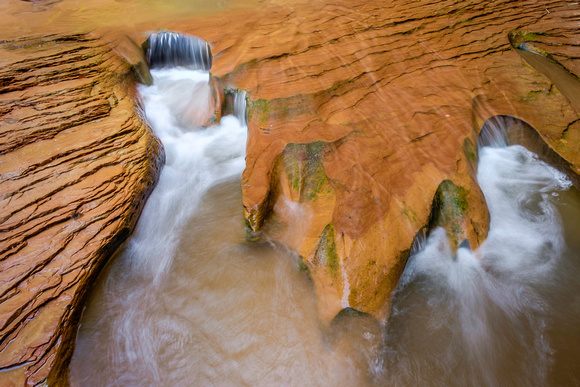 Back in 1996, the Grand Staircase-Escalante National Monument was created for protection. However, in 2017, President Trump ordered the monument's size be reduced by nearly 47%. Conservation and outdoor recreation groups have filed suit to block any reduction in the national monument, arguing that a president has no legal authority to shrink a national monument once it is created. If the proposal goes through, the land taken out of the monument would still be open to the public. However, it would then be subject to energy development. The battle continues to be fought in court so uncertainty remains on the future status of this wonderful national monument. 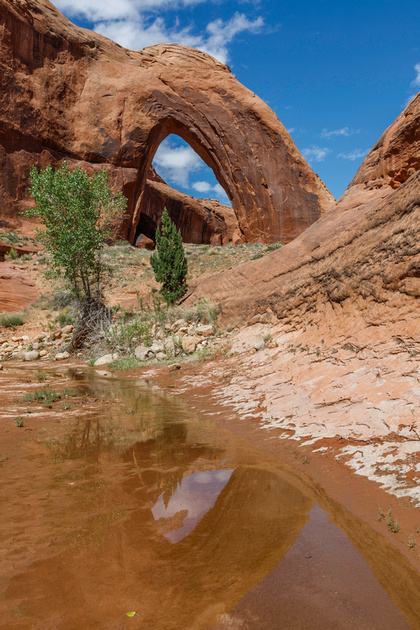 Utah is well-known for its arches. I visited a couple of them south of the town of Escalante, but I also made a brief visit to Arches National Park and a small section of Canyonlands National Park.  I had already seen and photographed the iconic Delicate Arch and Mesa Arch.  Being a weekend in peak season, I opted for a backcountry hike with more solitude to the lesser seen Tower Arch. 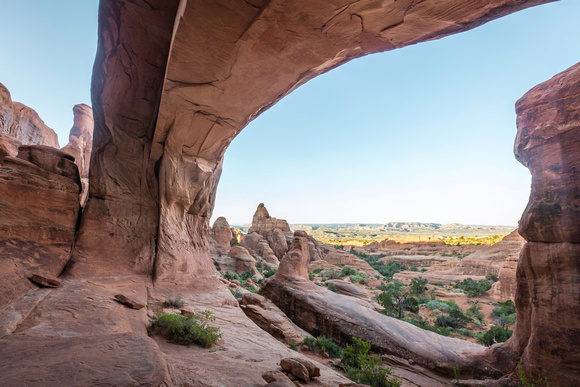 For some history, I also made a stop to The Great Gallery, located in a small remote part of Canyonlands National Park that is about 30 miles from the nearest paved road followed by a 3 mile hike. These petroglyphs and pictographs have been dated to between 400 A.D. and 1100 A.D. 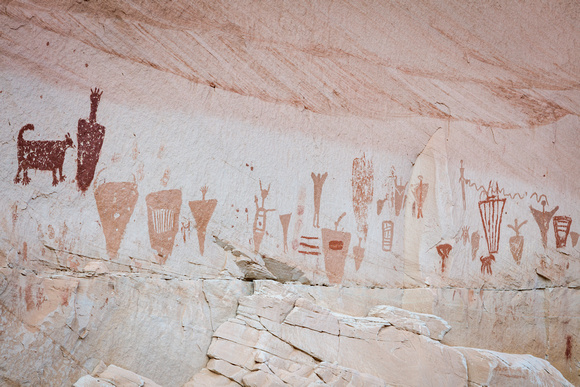 On the long dirt road drive to the Great Gallery, I passed through some unnamed sand dunes.  Somewhat surprised by this finding, I made a note of it on my GPS in case I wanted to come back.  After my Great Gallery hike, the sun was getting low and I wanted to return to this spot for the last sunlight of the day.  Low sunlight on sand dunes is an amazing sight! 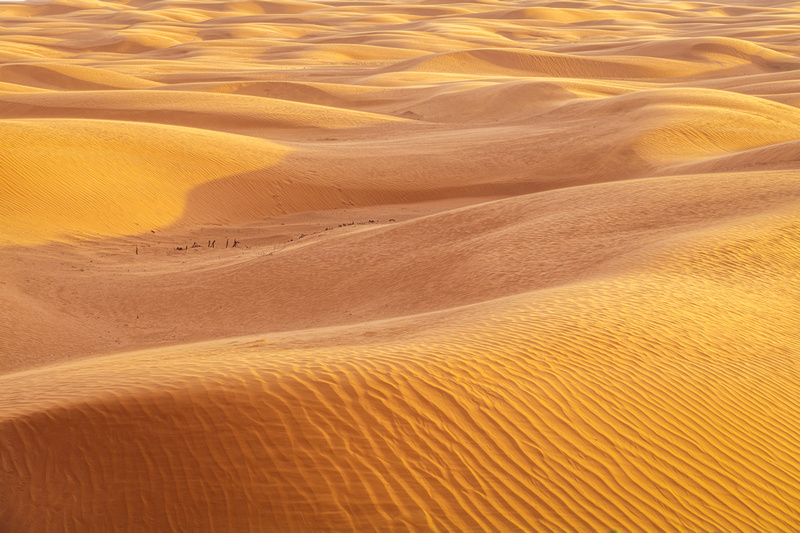 Even though these dunes are relatively small, they can appear especially impressive with a zoom lens. This turned out to be one of my favorite moments while I was in Utah.