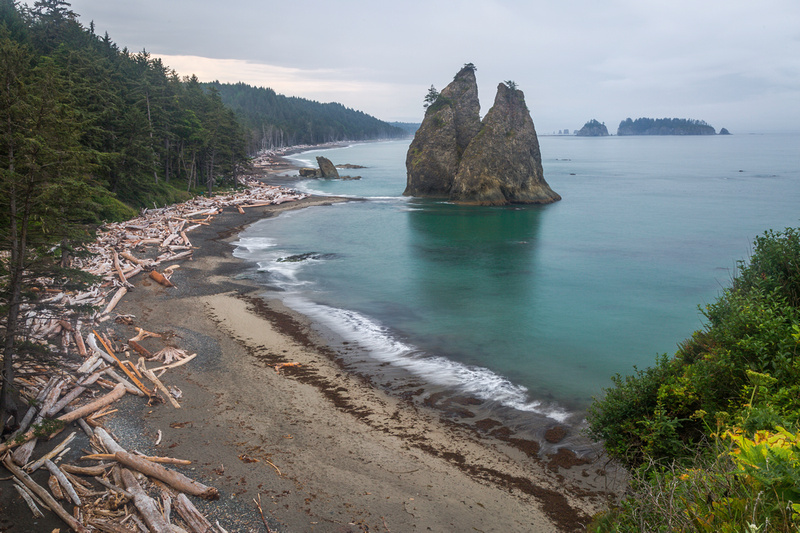 Back in March, I visited Olympic National Park in Washington. Located in the far northwest tip of the Lower 48, it is a national park with a lot of variety. With its wet climate, it is home to a lot of waterfalls and lush temperate rainforests. In the higher elevations of Olympic, there are also a lot of beautiful snow capped mountains with alpine wildflowers in the summer. However, for this trip, I decided to focus on the beaches. It is home to some of the most remote beaches in the lower 48, with some of the beaches accessible only by several miles of hiking. 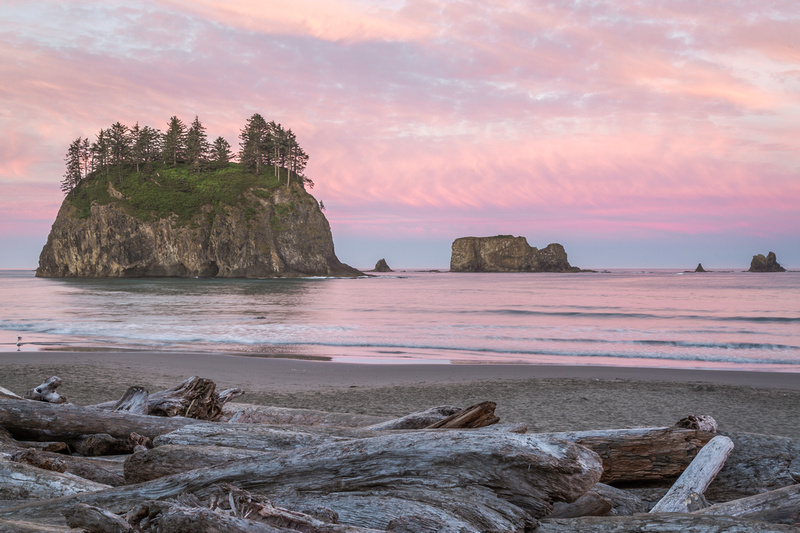 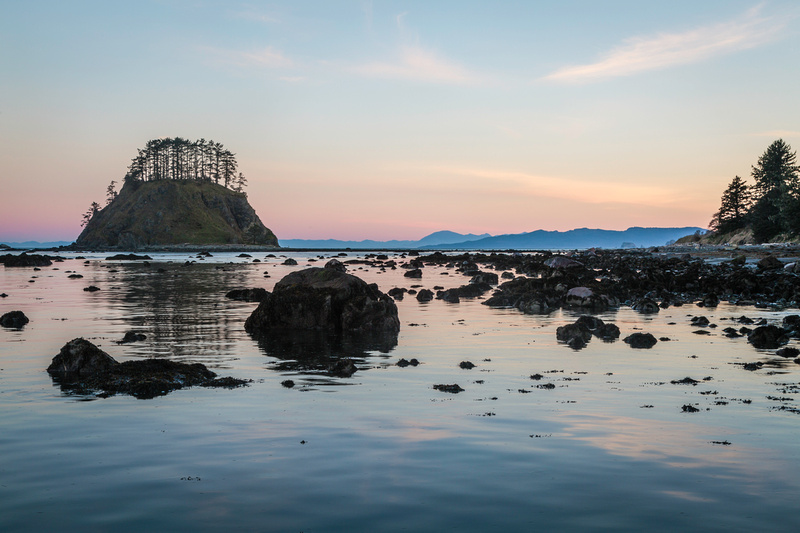 One such location, in the picture above, is Cape Aleva. I hiked over 3 miles in the dark to get to this spot at dawn. When visiting a beach, one thing you will notice is how quickly the landscape changes with the tide levels. The two pictures below were taken 7 minutes apart. Notice how the rocks in the picture on the right that was 7 minutes later are becoming submerged. 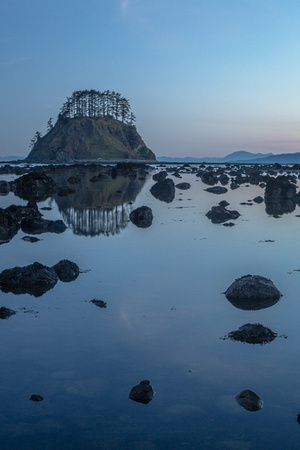 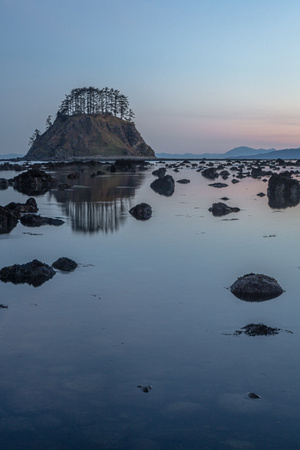 These deer seemed to be caught off guard by higher waves moving in with the incoming tide. 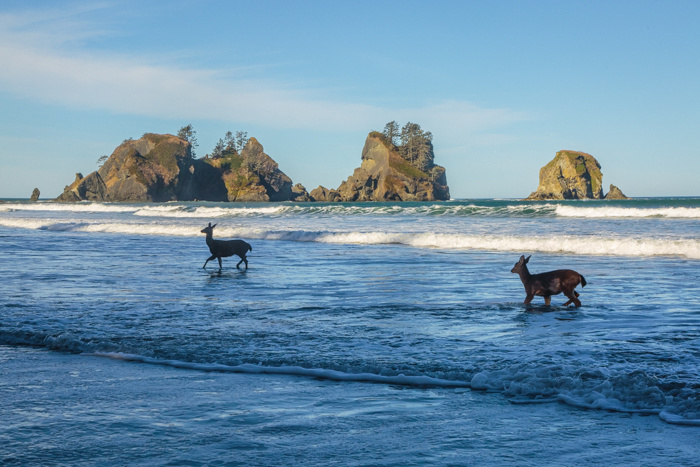 Tides are caused by the gravity of both the moon and the sun “pulling” at the water in the sea. Because the Earth is constantly turning, the “pull” of gravity affects different places as each day goes on. The tidal force causes the Earth's water to bulge out on the side closest to the moon and the side farthest from the moon. These "bulges" of water are high tides. Because of the rate of how the Earth rotates, coastal areas experience two high tides and two low tides every 24 hours and 50 minutes. High tides occur 12 hours and 25 minutes apart. For more, here is a YouTube video about that:

Video: How Do Tides Work?

Speaking of the moon, I was visiting during the full moon cycle. With the sky being unusually clear for this time of the year, I decided to take advantage of this and hike out for the setting moon at Shi Shi Beach and the sea stacks at Point Of The Arches. With 2 consecutive pre-dawn hikes, I came away with success. 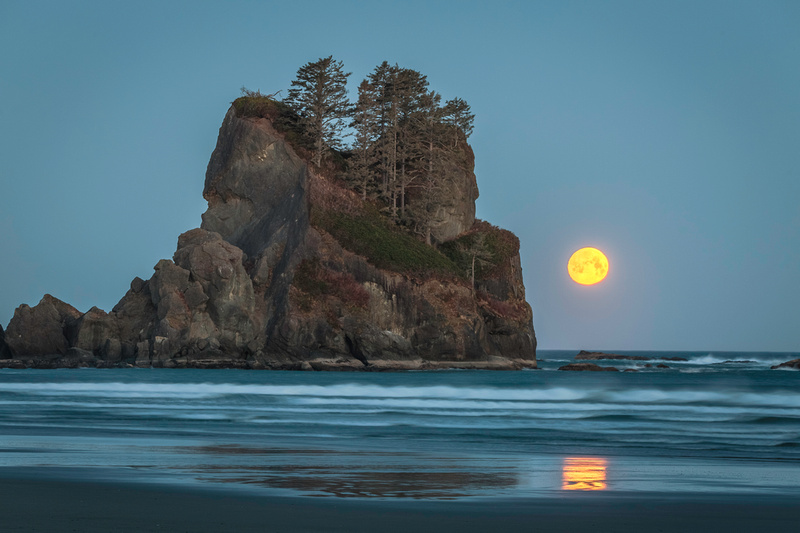 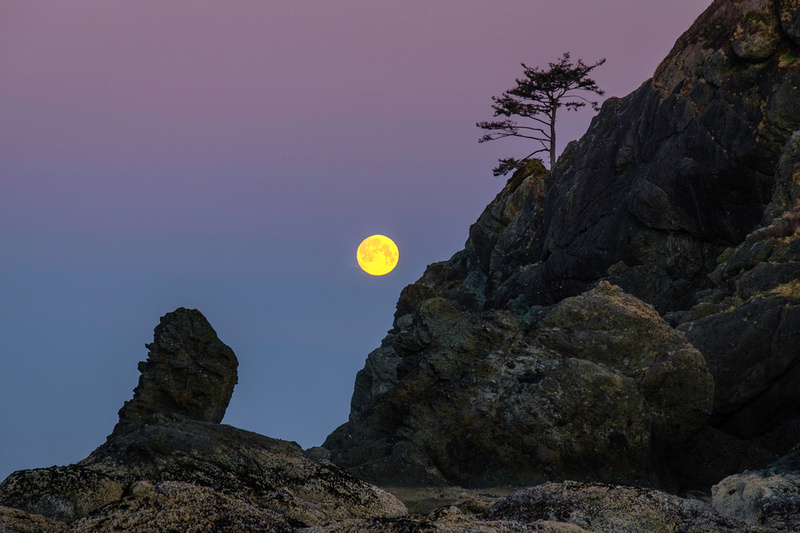 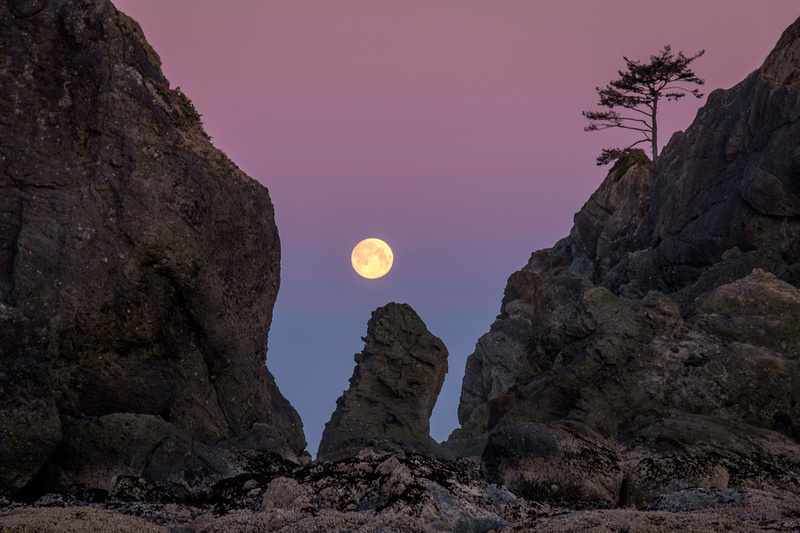 Notice the band of purple underneath the pink in the sky. This is found when the sky is clear and you look in the opposite direction of the sun before a sunrise or after a sunset. The darker band of purple that appears is the Earth's shadow. I have heard this phenomenon referred to as the "Belt Of Venus" and also as the "Twilight Wedge". Here is another example of it just above the horizon: 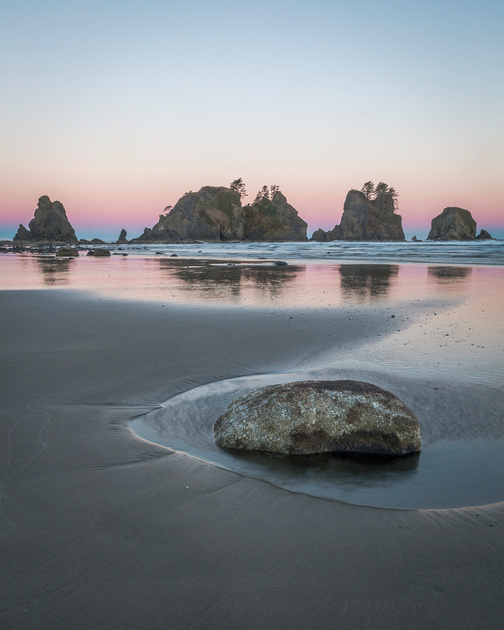 There are also a lot of fun beach scenes where the sky is not involved, here are a few of my favorites. 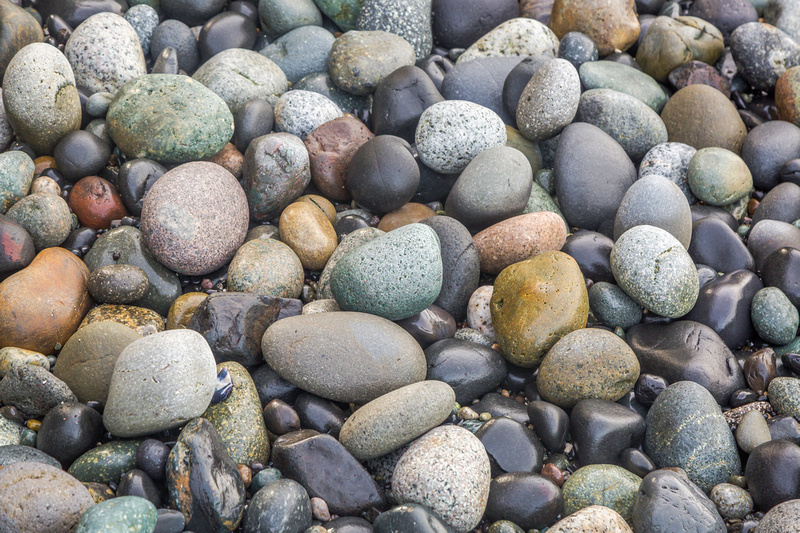 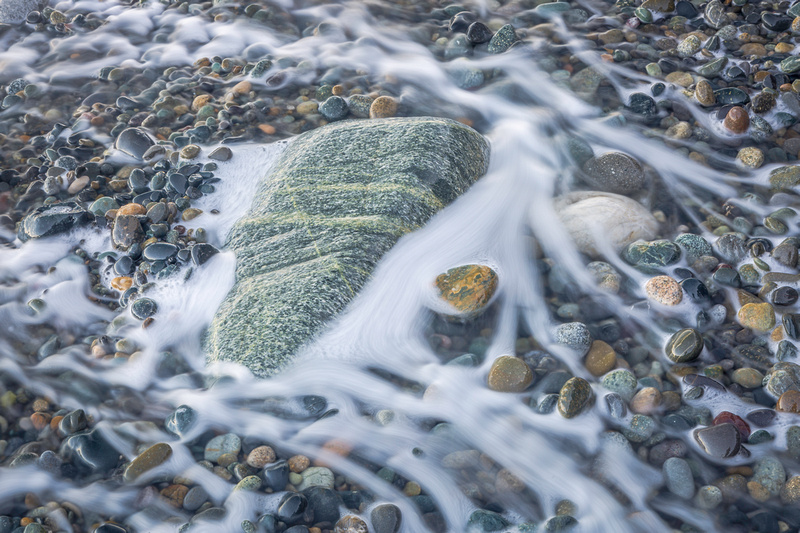 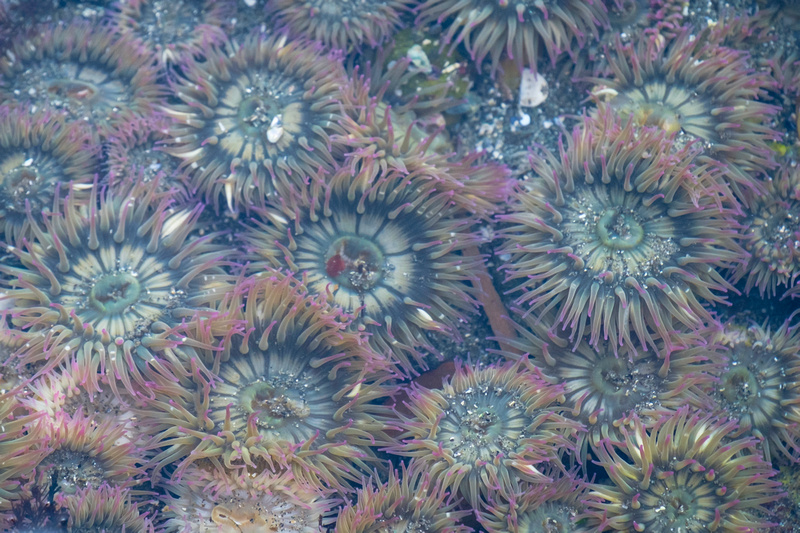 Those are sea anemones that can be best found in the tide pools at low tide. These up-close scenes can be found in my new "Nature Up Close" gallery that I recently created. Some of you regular visitors to my website may have noticed that I have done some re-organizing of my galleries. My non-Arkansas pictures have been divided up into 6 different scene categories, including my "Nature Up Close" gallery. You can find that here. 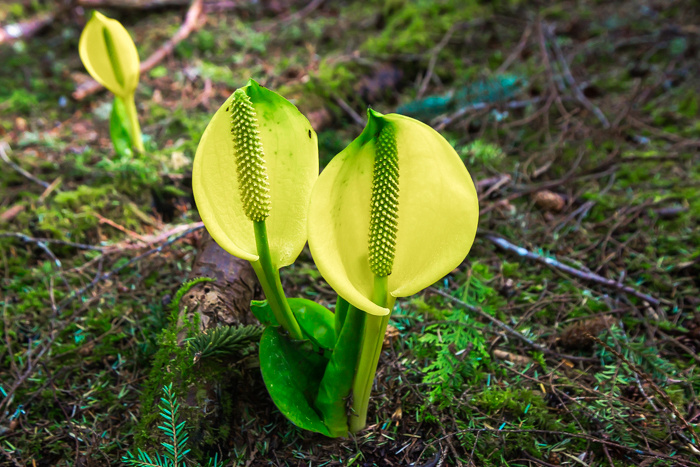