Above The Timberline in Colorado 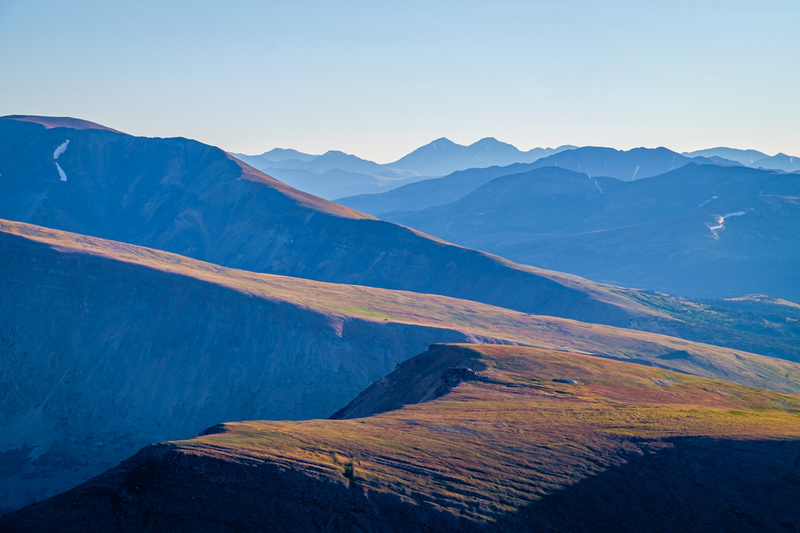 The first climb was up the Continental Divide Trail to Argentine Pass and 13,856 foot Mount Edwards. This section of the CDT leads to atop the actual Continental Divide above Arapahoe Basin Ski Area and the Loveland Pass/Eisenhower Tunnel area west of Denver. Watching night turn into day from high above can be a magical experience. The picture below was from Mount Edwards looking east toward Denver and the upcoming sunrise. You can see ridge after ridge of the foothills between me and Denver. Purple mountains majesty! 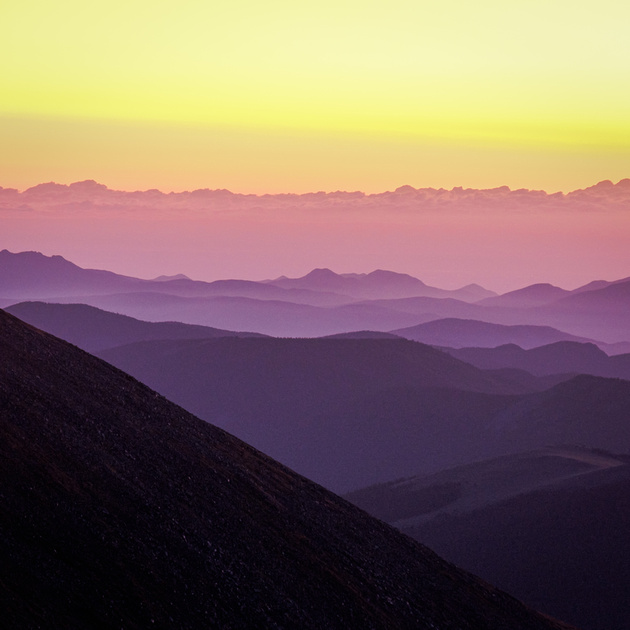 Reaching the top of the mountain by sunrise can be a challenge.  Not only does one have to wake up in the middle of the night and hike in the dark, but also one doesn't have much time for rest to catch your breath in thin air. The conditions were harsh with temperatures in the 30s and a stiff wind gust that I would estimate to be over 30 mph.  At times, I would have turn my face away from the direction of where the wind was coming from to properly catch my breath. I would barely get to Mount Edwards in time with a view Grays Peak and the "twilight wedge" behind it.  The band of blueish purple is the Earth's shadow on the western horizon just before sunrise. 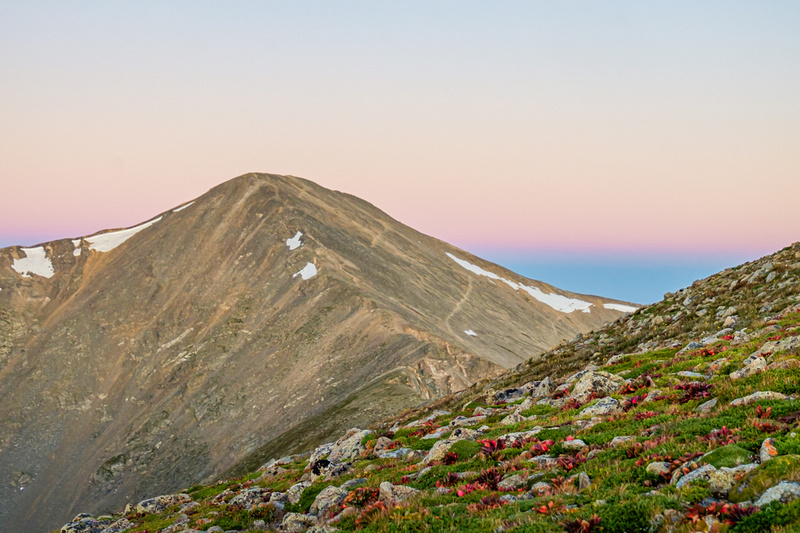 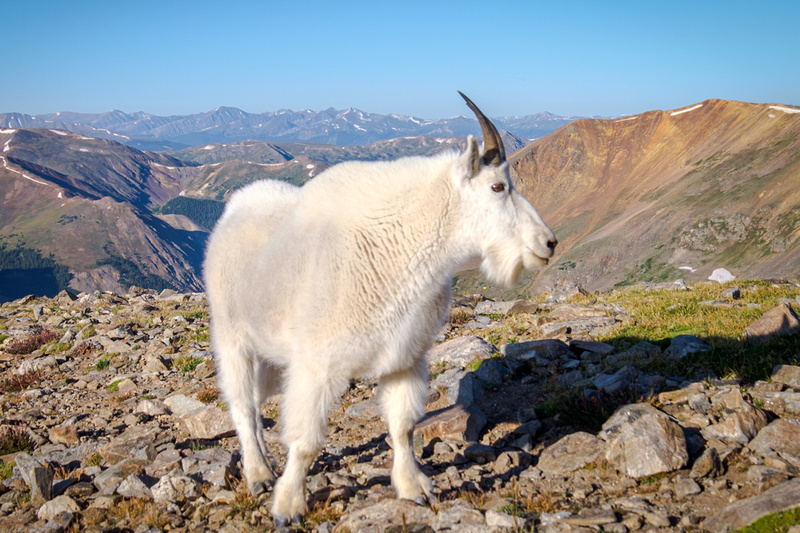 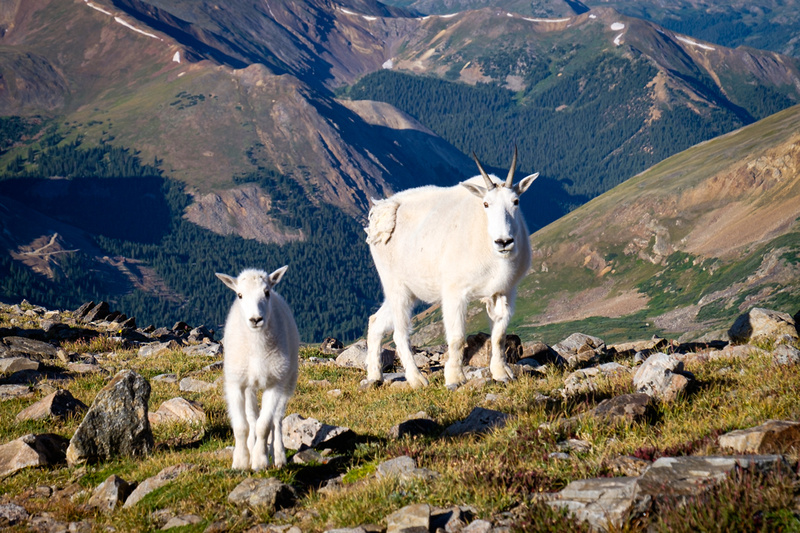 Every year since 2014, I have climbed at least one 14er (a mountain exceeding 14,000 feet above sea level).  This year, I targeted Mount Sherman east of Leadville. It was possibly the "easiest" 14er that I have done. Still, it was a stout hike of about a 2,000 foot elevation gain from the trailhead to the top. In order to reach the top before sunrise, I started hiking at about 3:30am to make sure that I would reach the top in time.  It was in the blue hour before sunrise when I reached the top of Mount Sherman to see a nice alpenglow scene. 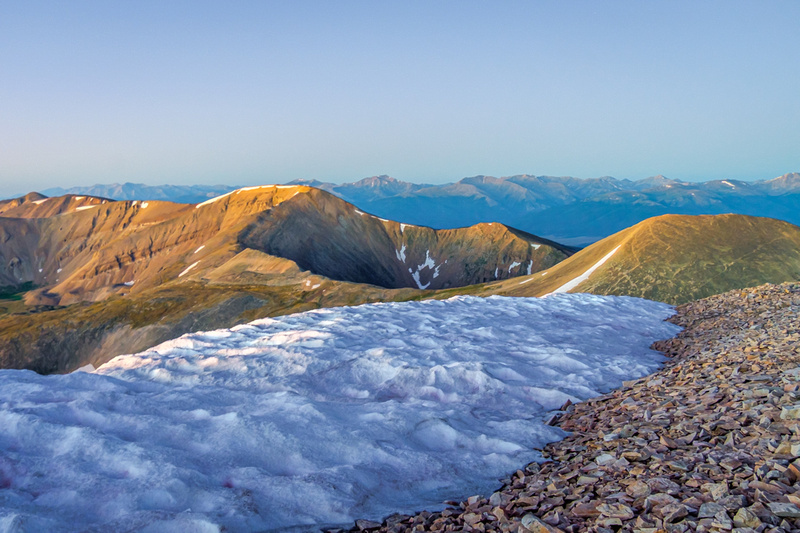 As you can see, with the above normal snowpack in Colorado this winter and spring, there was still some snow banks near the top. Although I enjoy the physical challenge reaching the top of a 14er, what I enjoy the most is seeing the morning "atmospherics" from high above the tree line. With a camera, this is best seen with a zoom lens to compress the scene. 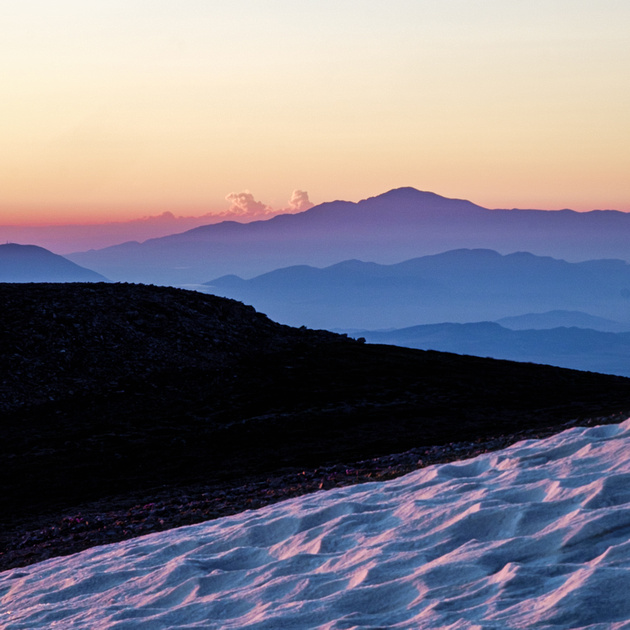 The mountain in the distance is Pikes Peak, a little over 50 miles away. 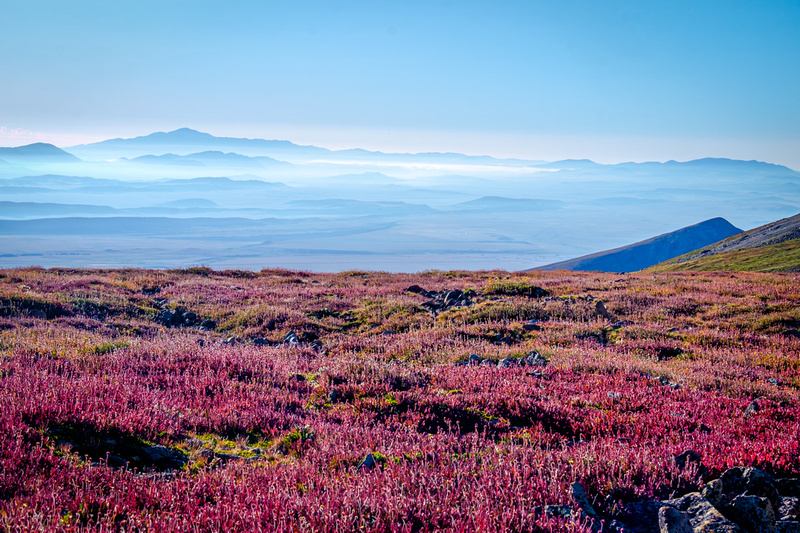 Here is a wider perspective with Pikes Peak in the distance. Notice the shades of red in the alpine tundra.  The growing season is short here and at this elevation we are already seeing signs of summer transitioning to fall!