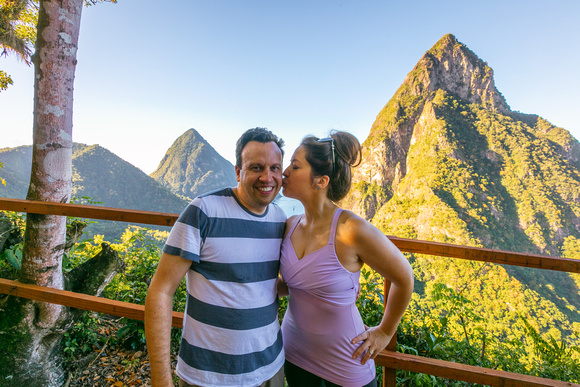 I was married back in October and over the holidays Christina and I spent our honeymoon on the island of Saint Lucia in the Caribbean Sea, a place of scenic mountains, forests and beaches. The island is volcanic in origin and so it boasts places such as warm sulphur springs and one of the Caribbean’s most famous landmarks, the Pitons, as majestic remnants of the geologic past. Those mountains are known as the Pitons behind us and they were a favorite photo subject on this trip. 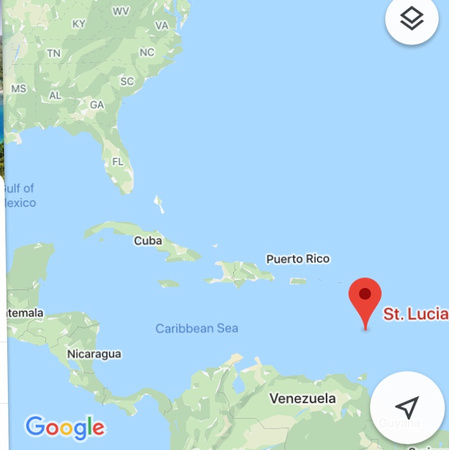 It's nice to get a break from winter in the United States and enjoy temperatures that were always either in the 70s or 80s. We had a nice mix of downtime just enjoying the sun and the views and also did some activities such as snorkeling, hiking and sightseeing. I also managed to do some photography, especially while my new bride slept in. 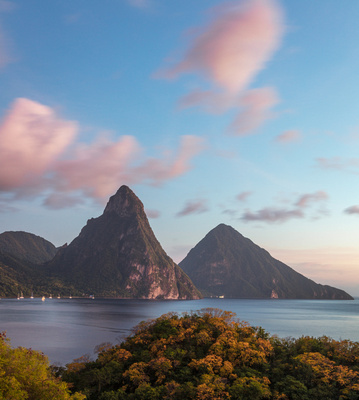 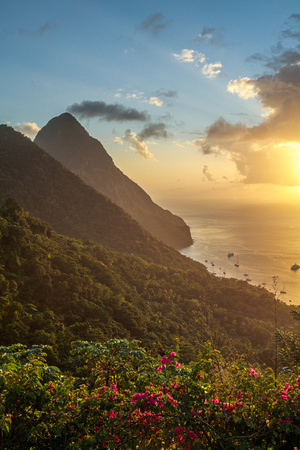 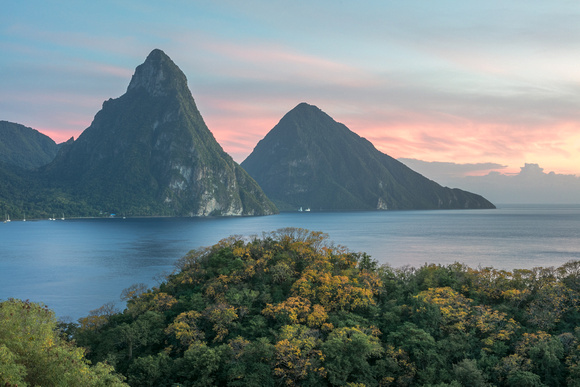 Not only did I photograph these two famous mountains with colorful sunrises and sunsets but I also photographed them under clear nights with stars and moonlight. 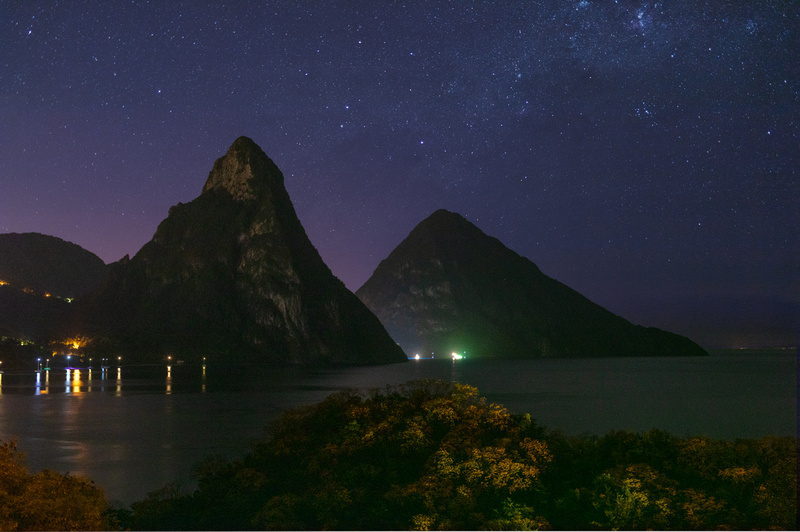 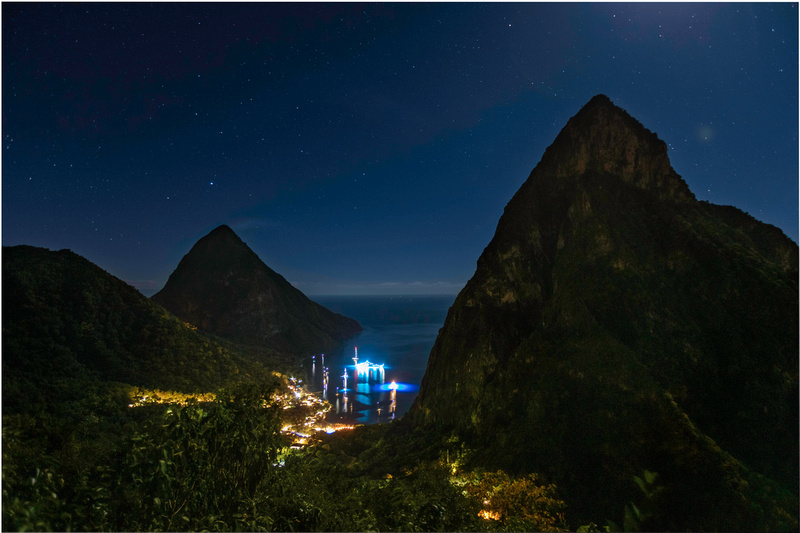 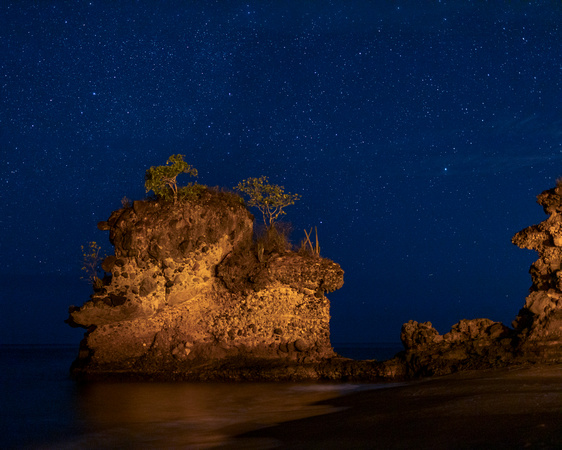 One night, we had a lionfish dinner on the beach. The bonfire next to the dining area provided nice light painting for this rock outcrop on the shore. Not only was it a tasty meal, but it was also educational. We learned about how lionfish are an invasive species to the oceans and there is a growing industry to eat lionfish in an attempt to curb its population. Lionfish are native to the Indian Ocean and the South Pacific, but it is believed that a few home aquarium owners of lionfish were released in the Atlantic Ocean. Since then, they have rapidly reproduced. You can find out more about the lionfish in this educational video from PBS here. Below is an example of what a lion fish looks like. 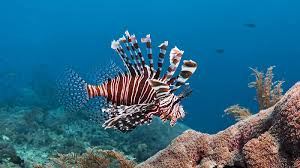 Here is a look of that same rock outcrop at Anse Mamin Beach near Soufriere. 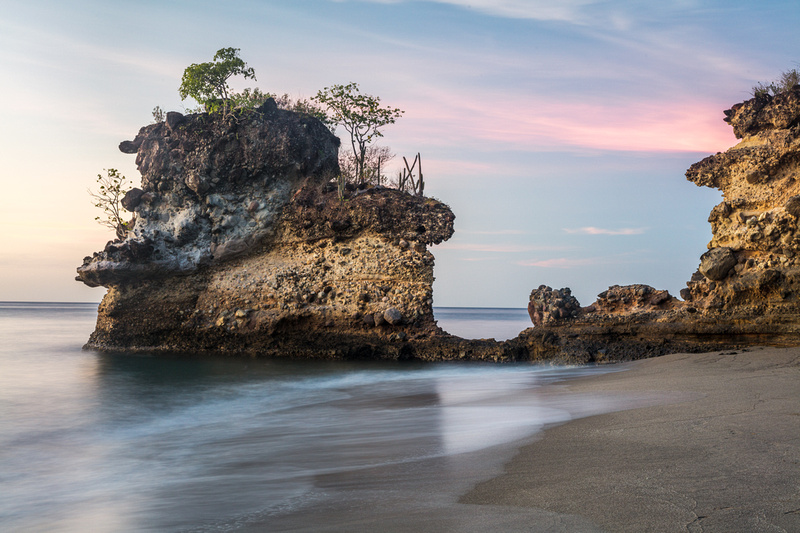 Long exposure shots with water can be fun and challenging. My feet and my tripod legs got wet but I walked away with a few nice wave shots. 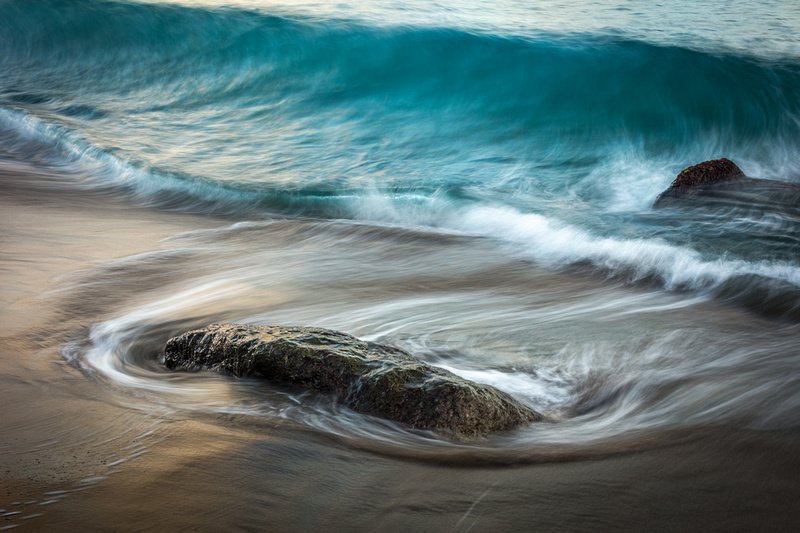 We also did a few hikes in the tropical forest. At the end of our favorite trail was this view of the Pitons and Sugar Beach. 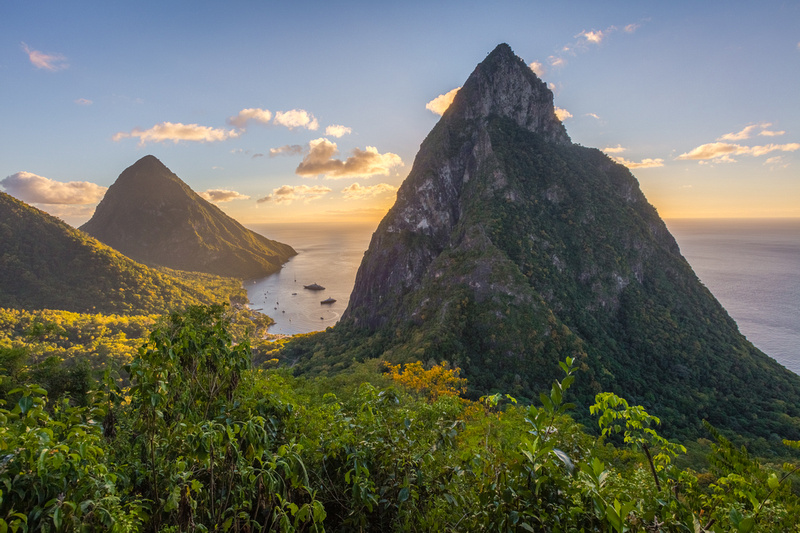 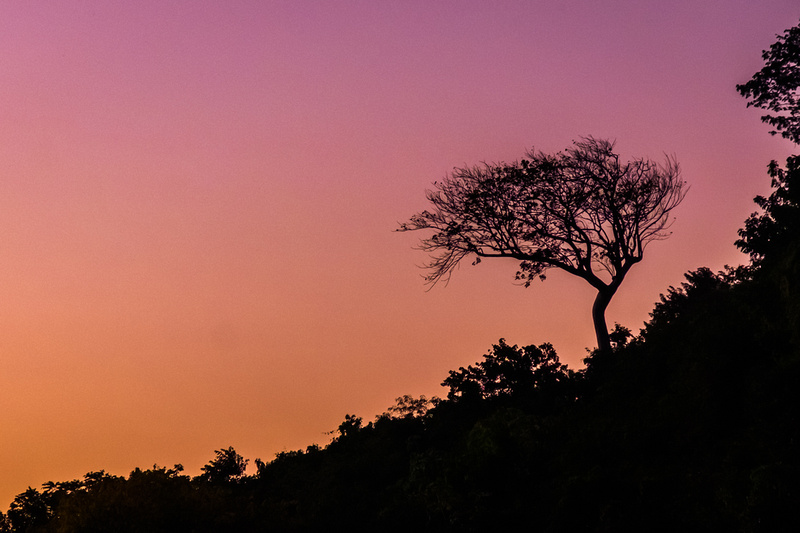 Wildlife was also seen such as numerous hummingbirds, lizards and geckos. It was our first time to see a tarantula in the wild, but the sight of a rainbow over one of the Pitons made up for it. 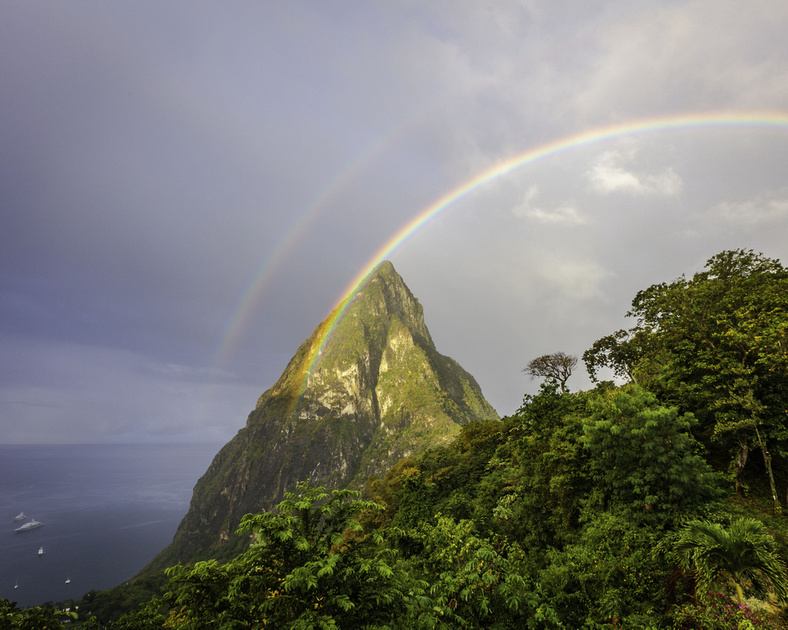 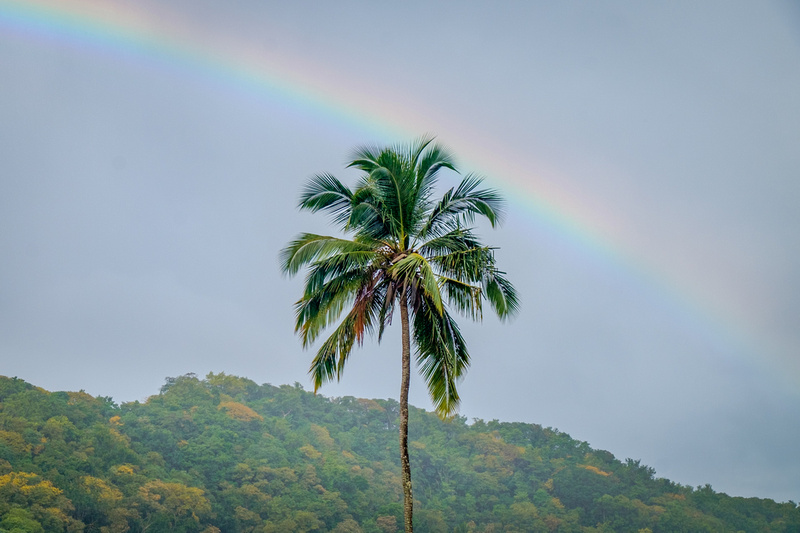