Navigating the swamps of Louisiana

Back in November, I drove down to the swamps of southern Louisiana. While some of the photography was captured from land, boats where also used to reach some of the locations. 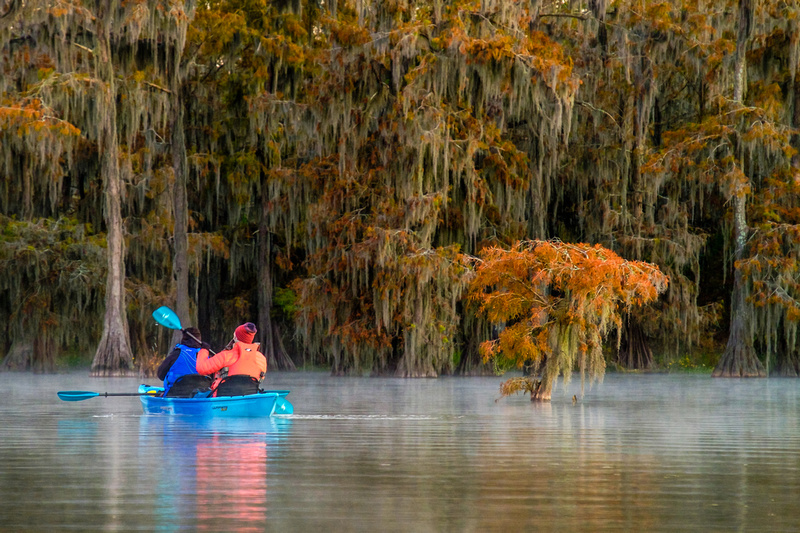 Three different times, I went kayaking in search of some unique scenes of cypress and tupelo trees in the swamps and bayous. During mid-November, many of these cypress trees turn a rusty orange/brown color. Below are some of my favorite pictures from Lake Martin, Lake Fausse Point and the Atchafalaya Basin near Lafayette. 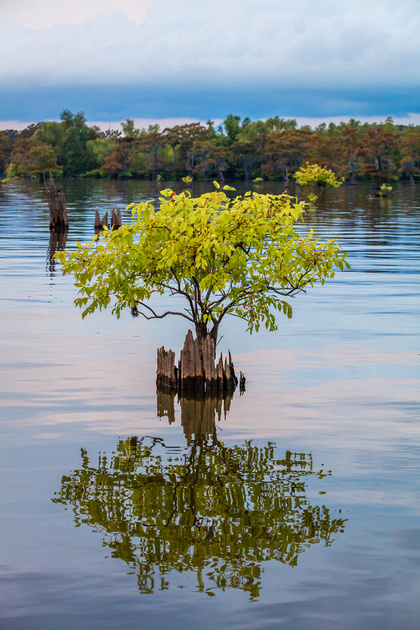 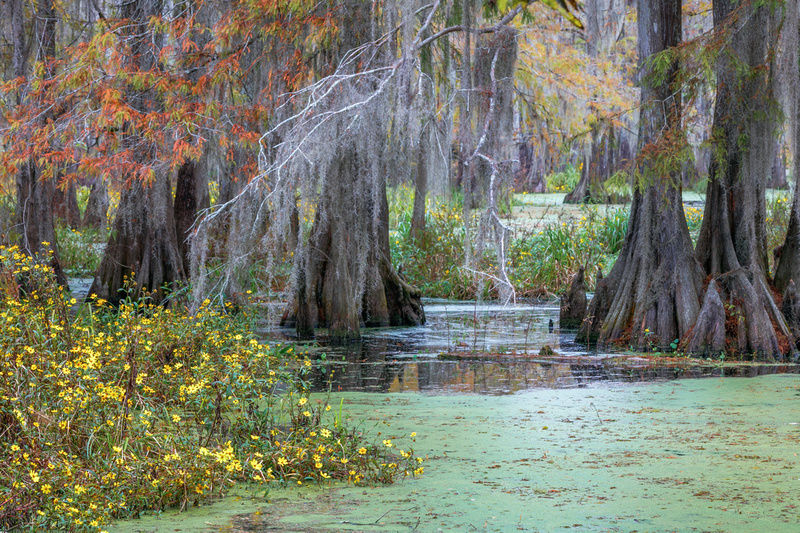 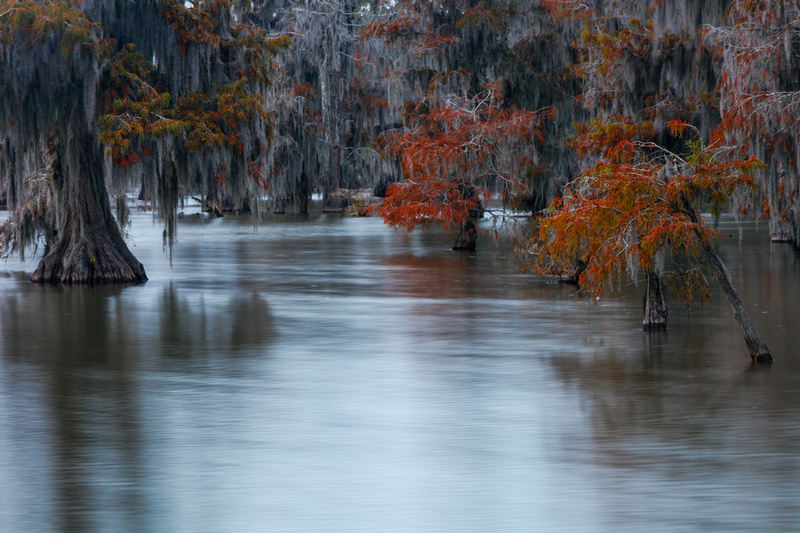 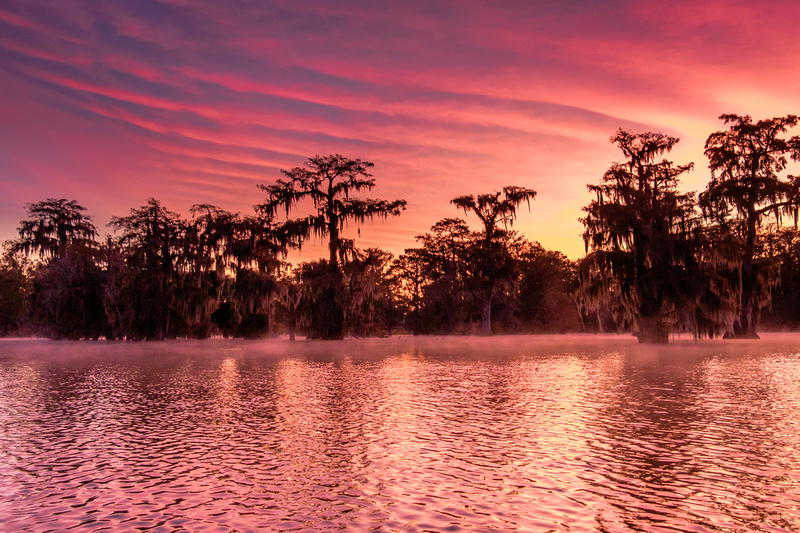 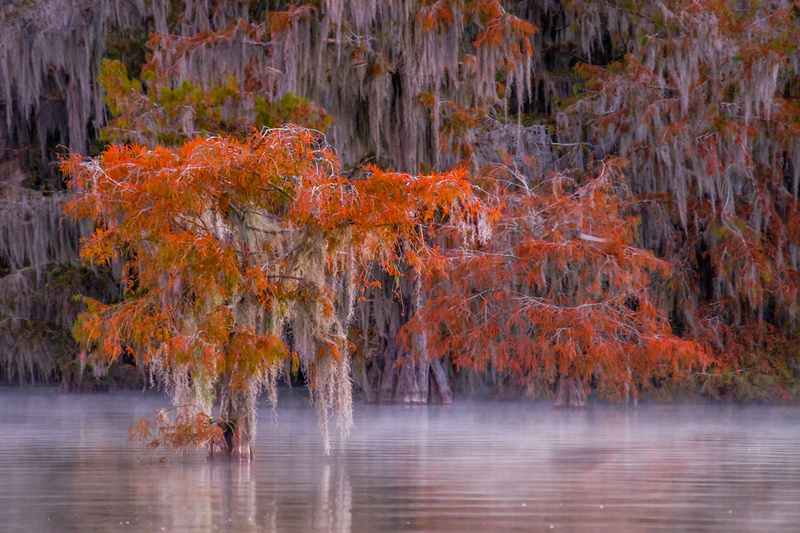 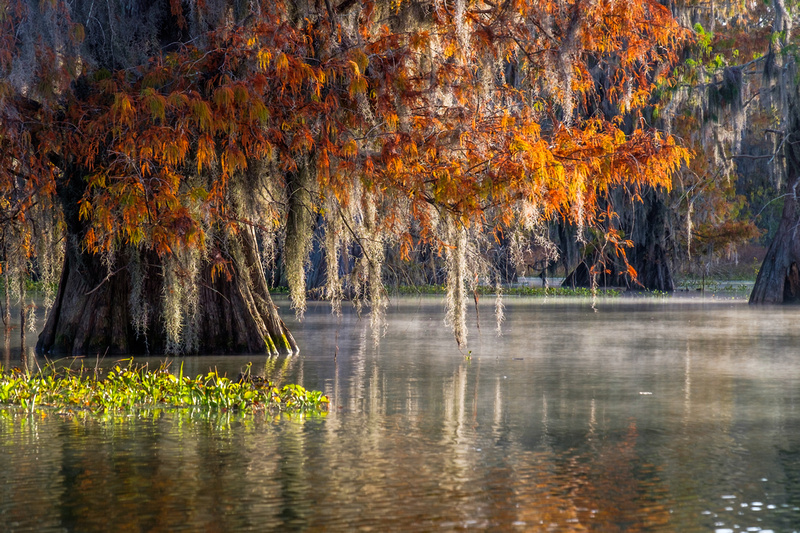 With cold air flowing over the warmer water (one morning the temperature was as low as 25 degrees), a thin layer of steam fog developed for one of these kayak outings. Besides the fall color, it is interesting to get up close to some of these wide tree trunk bases. 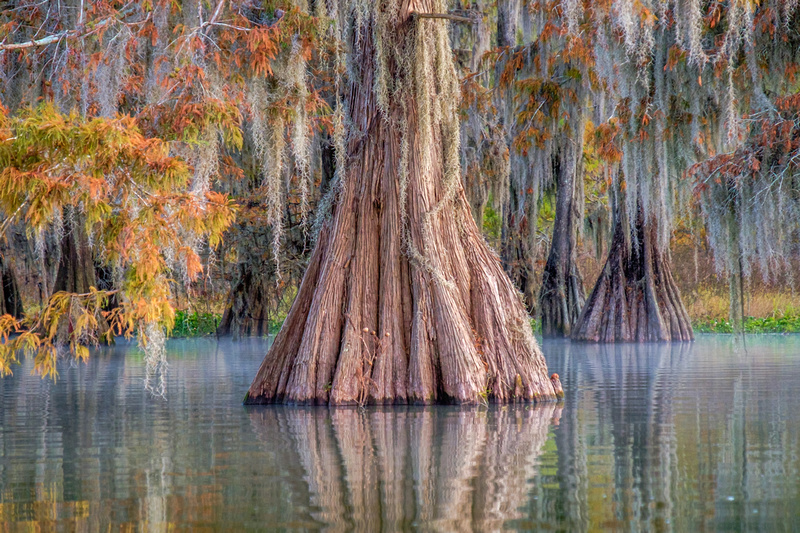 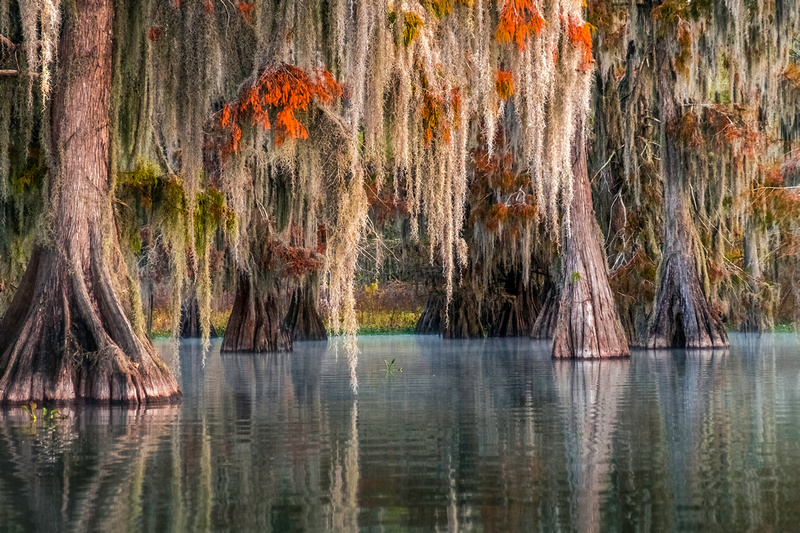 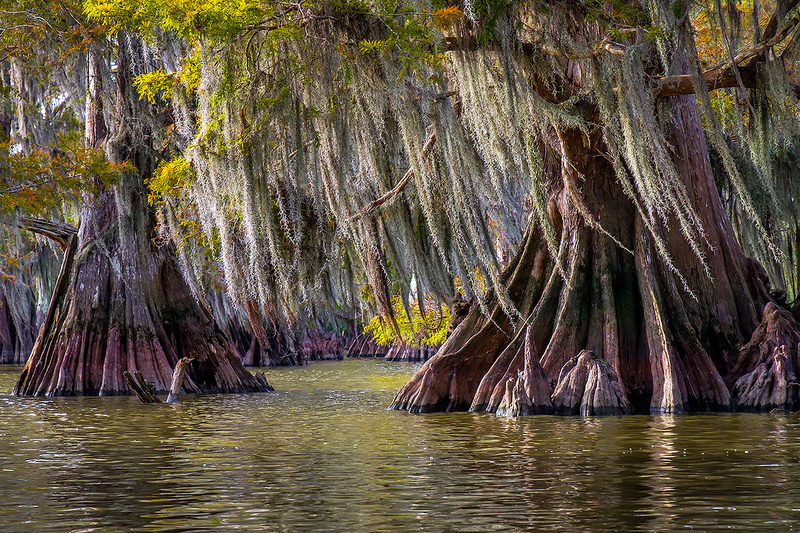 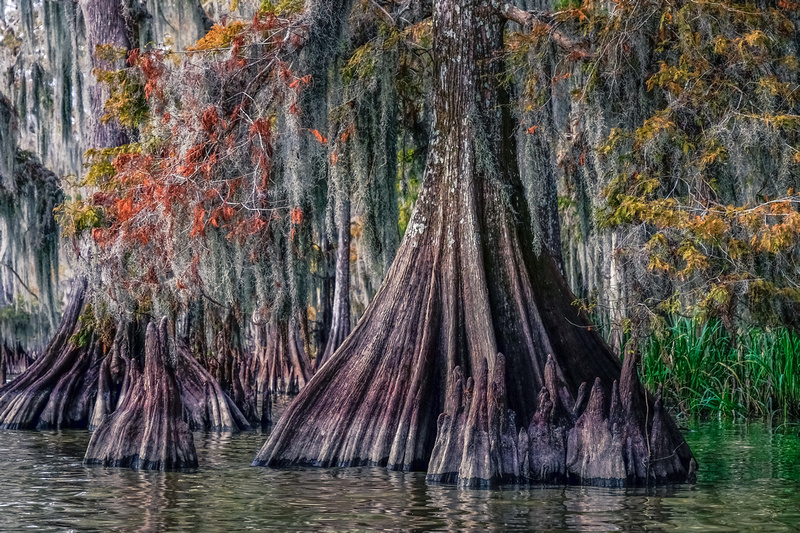 That is Spanish moss hanging from the cypress trees. It gives a rather spooky and spectacular feel that contributes a lot to that "look" of Louisiana.  Many people get concerned that Spanish moss can damage their trees. Contrary to what many people believe, Spanish moss is not a parasite and does not injure a tree by obtaining any nourishment from it. It only uses the tree for support and doesn’t invade the living tissue unlike mistletoe and other parasitic plants that do. It turns out that Spanish moss gets everything it needs from sunlight, rainwater and air like any other plant.

I also took a guided motorboat ride into the Mandalay National Wildlife Refuge near Houma. Here, I spotted bald eagles and an alligator. 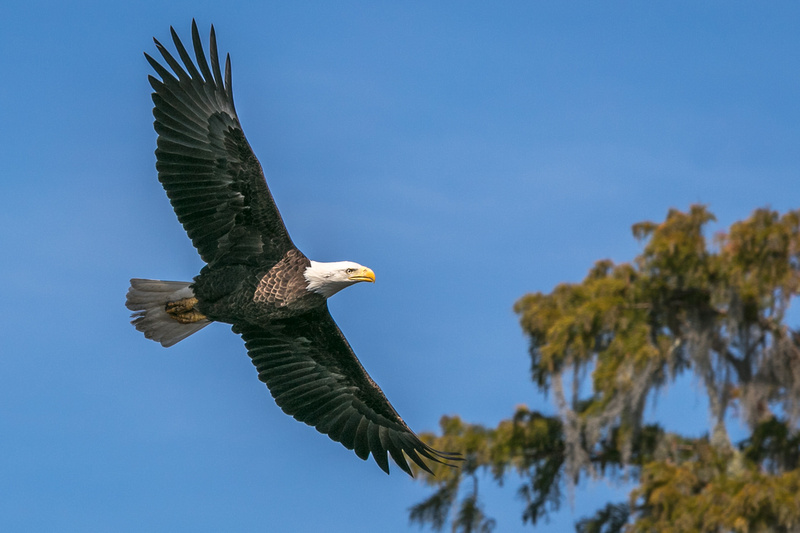 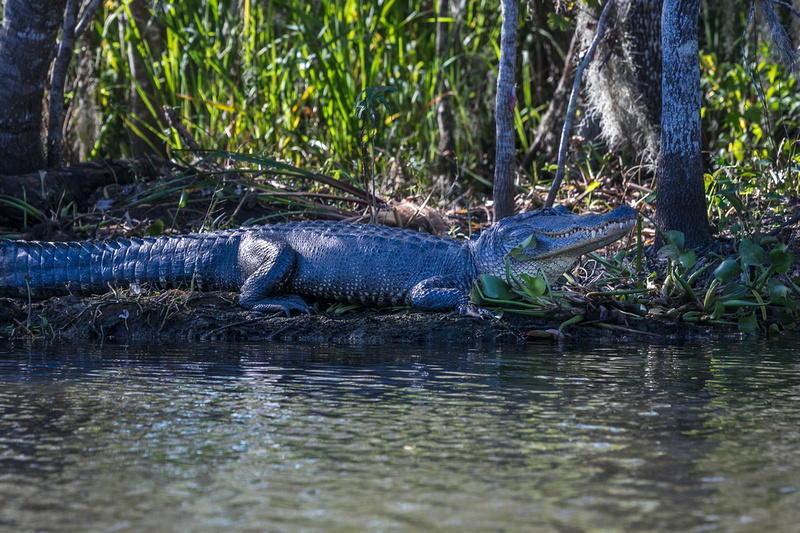 I spent one night at the Oak Alley Plantation to see the beautiful estate both during the day and also at night. 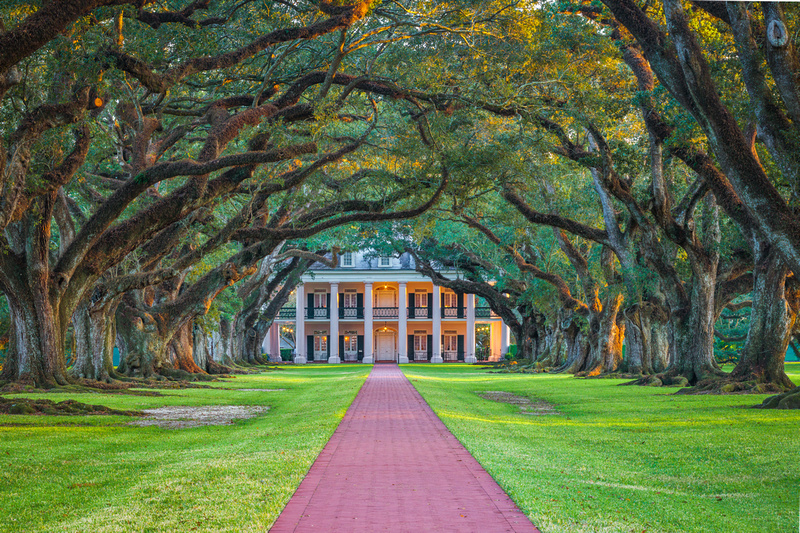 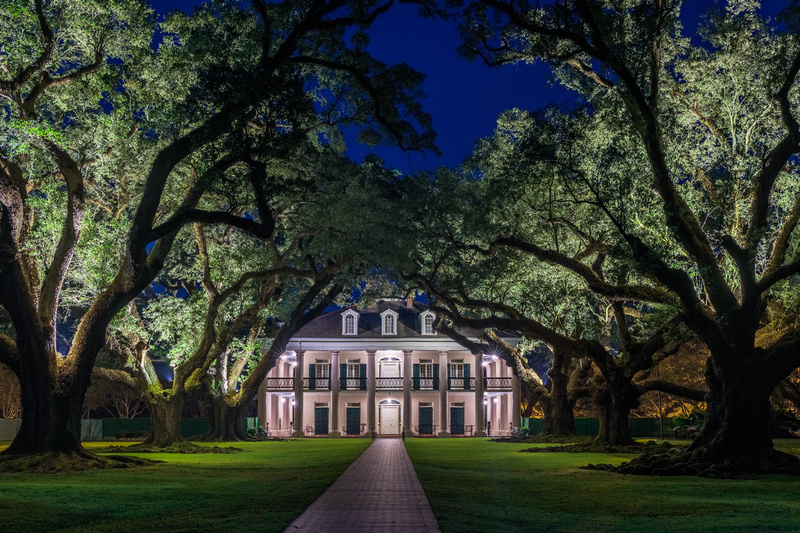