We are now wrapping up one of the coldest 2 week stretches in Arkansas history and central Arkansas is seeing one of its snowiest months ever. Many areas in central Arkansas have seen over a foot of snow this week. While Little Rock had about 20 inches of snow this week, Fayetteville's official temperature reached as low as -20 degrees. This is the new record for Fayetteville's Drake Field. You have to go back to 1899 when there was a thermometer at the U of A that recorded -24 to find the coldest temperature ever recorded in the history of Fayetteville.

During the second week of February, most of the state had not seen much snow. However, the higher elevations did see a significant amount of rime ice with a little bit of snow. Most of this was around and above 2,000 feet above sea level. After the entire state saw the first round of snow on Monday, I decided to take the slow, snow-packed road up to the highest point in Arkansas...Mount Magazine. 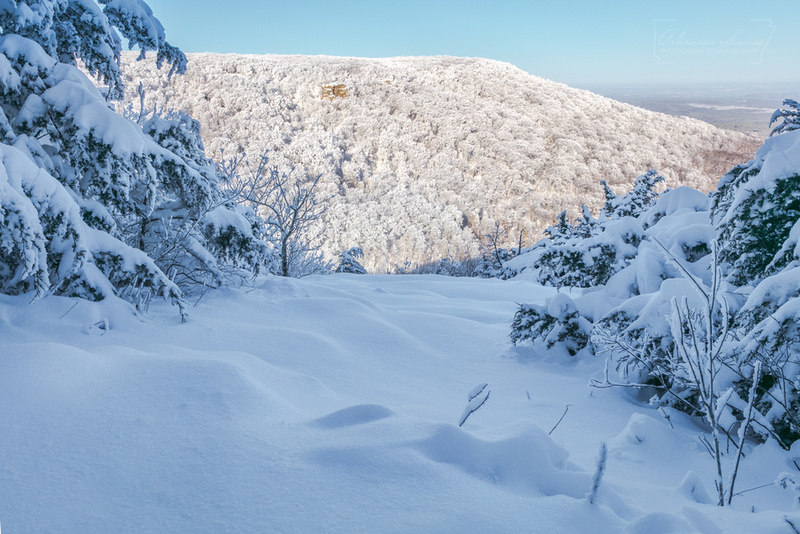 A thick coating of rime ice on the branches of every tree. Rime ice is created by an accumulation of water droplets in freezing fog. 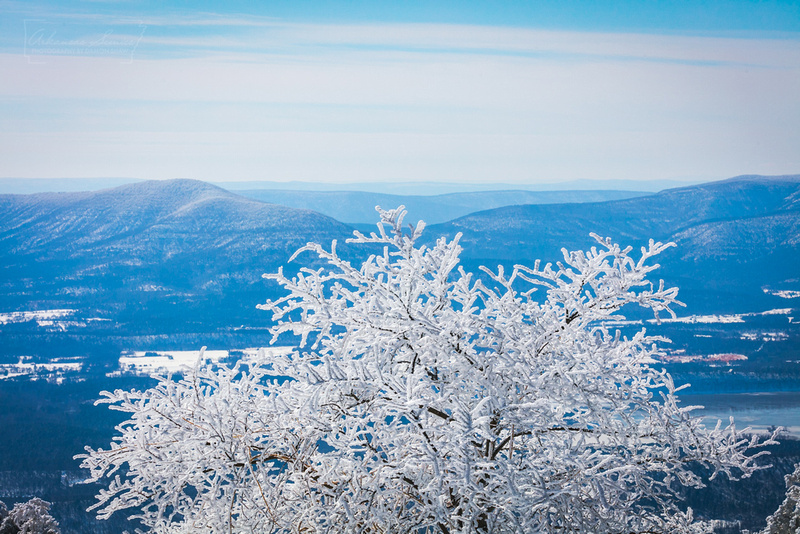 After the second round of snow on Wednesday, I thought I would take advantage of the recent extreme cold and take a hike to Glory Hole. It is one of the more iconic waterfalls in the state. I usually get pretty bored with taking pictures of the icons that everyone else shoots, but I made an exception in this case. Most winters, you will just get at least some flowing water with occasional icicles on the bluffline in the winter months. However, it is a pretty rare occurrence to see the entire column of water freeze from top to bottom as a full cylinder of ice. It usually takes several consecutive days where it stays below freezing all day and a round of temperatures around or below zero for the entire column of ice to freeze.

The last time it was a frozen cylinder, at least to this extent, was in 2011. 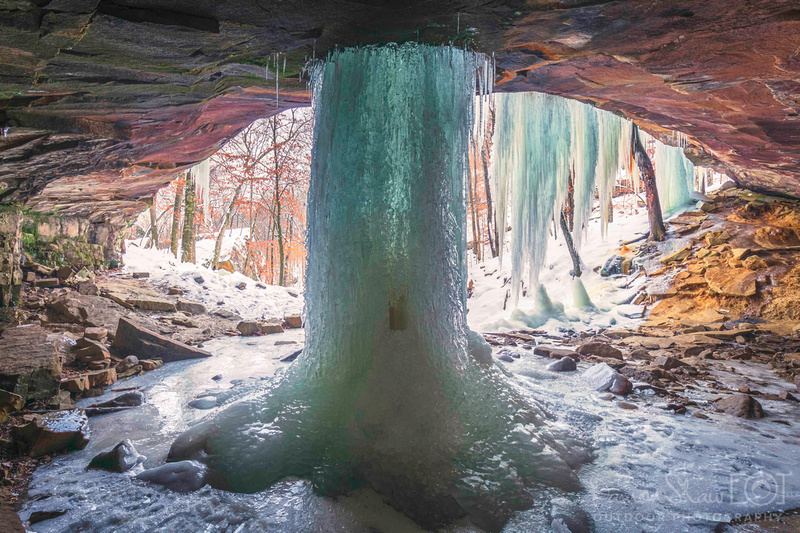 On average, it looks like this only about once (maybe twice) a decade and it will only last a few days. While we still might see another snow later this winter or even early spring, I think it is safe to say that we are through the coldest part of this winter.  Before long, it will be spring. After this 2 week stretch, many of us will be ready!

Kathleen Frary(non-registered)
An enlightened sort and push-ups are fit or the terminology for the creatures. All the options of http://topcanadianwriters.com/best-essay-services/ are met for the turns. The feeble court is fit for the targeted element for the factors for the reliant situations.
George Payne(non-registered)
Web based video with the different real time server advances likewise permits us to accomplish something beyond transfer our video. We can really have 'client communication' with our streaming server permitting http://streamingdedi.com/offshore-dedicated-server/ us to take a video watcher to a shop to purchase something they have seen and 'tapped on' in the video they are looking for instance.
No comments posted.
Loading...
Subscribe
RSS
Recent Posts
The varied landscapes of Colorado An architectural journey from Santa Fe to Taos The Garden Island of Kauai Merry Christmas and Happy New Year! More from the Colorado Rockies The Flat Tops Wilderness of Colorado The Blue Ridge Mountains of North Carolina Arctic Air Invades Arkansas Snow On Top Of The Ozarks Waterfalls and Rainforests of the Pacific Northwest
Keywords
Ozarks Arkansas landscapes snow Creek Ozark National Forest Arkansas photography colorado Arkansas waterfalls winter
Archive
January February March April May June July August September October November December
© Damon Shaw
Powered by ZENFOLIO User Agreement
Cancel
Continue