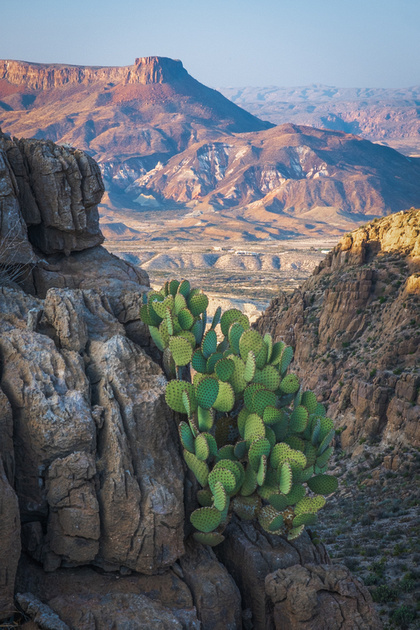 Last week, I made a brief trip to Lajitas, Texas.  Lajitas is a border town in far southwest Texas and next to Big Bend National Park. Big Bend is one of my favorite parks, especially in the winter. Because it is far away from any major population centers, it is lightly visited compared to many national parks.  It has an unrefined, spacious and often quiet nature.  There aren't a lot of iconic shots here, but you can come across some nice surprise scenes, such as the prickly pear cactus clinging to the side of rock wall pictured above.

I took a hike in the Texas sun from the Lajitas Golf Resort into Big Bend on the Mesa de Anguila Trail.  It was a hazy late afternoon with temperatures in the 70s.  Once you climb the mesa, you can look down on the Rio Grande River. 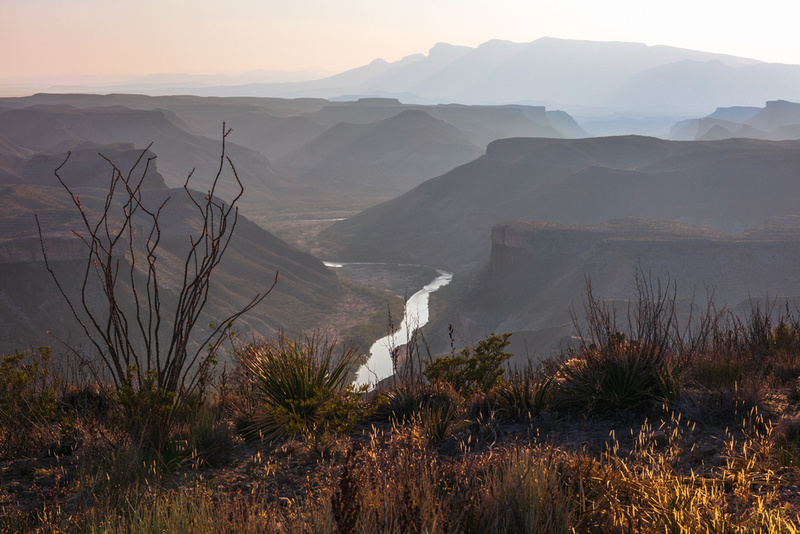 In this picture, Mexico is left of the Rio Grande with Texas off to the right.  I was looking into the sun with some backlit golden grass in the lower right. I believe the plant off to the left is an ocotillo. I love the atmospherics in the picture with the hazy ridges in the distance.

I also had an encounter with a couple of horses. 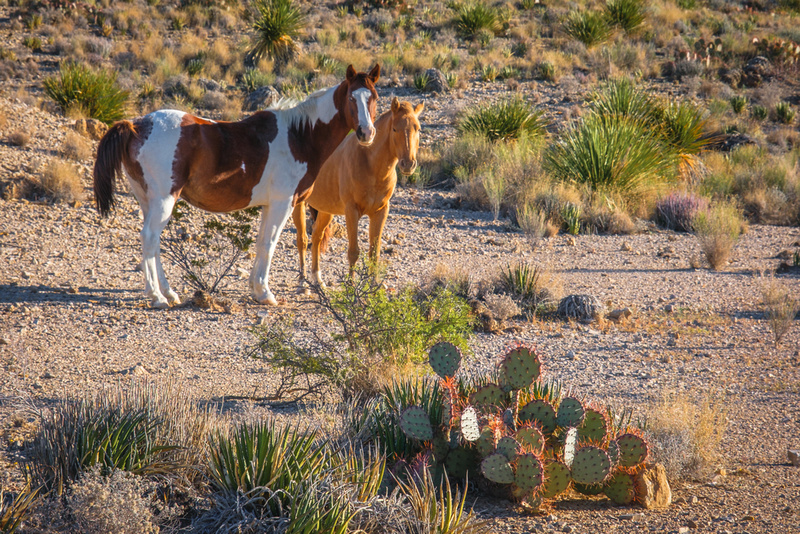 These horses were on national park land, so I wondered if they were wild or they escaped from a nearby ranch.  This was about 3 miles from any kind of civilization. I have heard of wild horses roaming in some western states, such as Nevada, but didn't know if they were here.  After doing a quick Google search, it turns out that they are domesticated and likely came from Mexico. You can read more here about the not so wild horses of Big Bend.

It has been awhile since I last wrote in this blog. In my last post, my daughter was undergoing the first round of chemotherapy.  After 4 rounds of chemo between July and September, I am pleased to announce that her tumor has shrunk to the point that it is now hard to measure and Helicity's chemo treatments have been discontinued. After losing her hair, it is starting to grow back again. 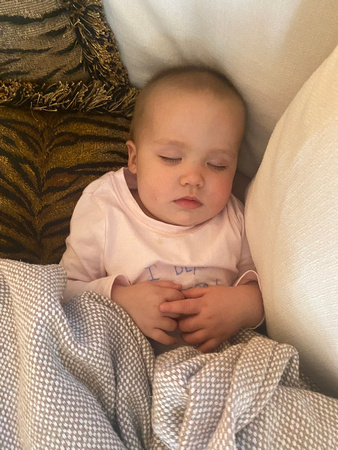