The varied landscapes of Colorado 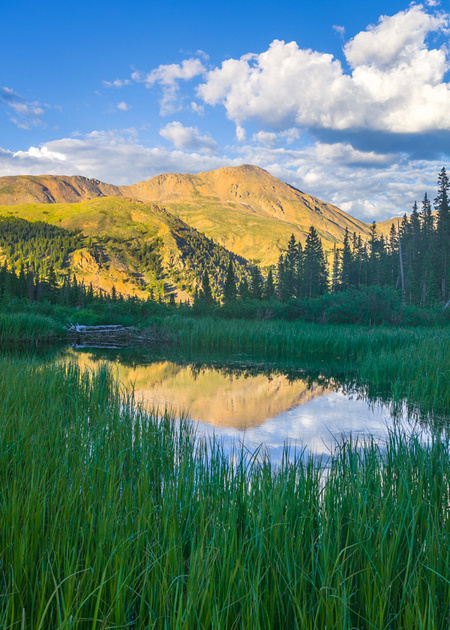 Back in June, I drove out to Colorado.  From chasing storms in the eastern plains to hiking above the treeline in the Rockies and the sandstone canyons of western Colorado, here is a short sample of some of my favorite pictures from that trip.

On June 7th, I targeted southeast Colorado in anticipation of seeing some storms.  Here I was able to view severe thunderstorms that prompted a few Tornado Warnings in the vicinity of Lamar.  I was a little late to this particular storm that produced a few brief tornado touchdowns, but I was still able to see the rotation in this storm near Two Buttes, Colorado. 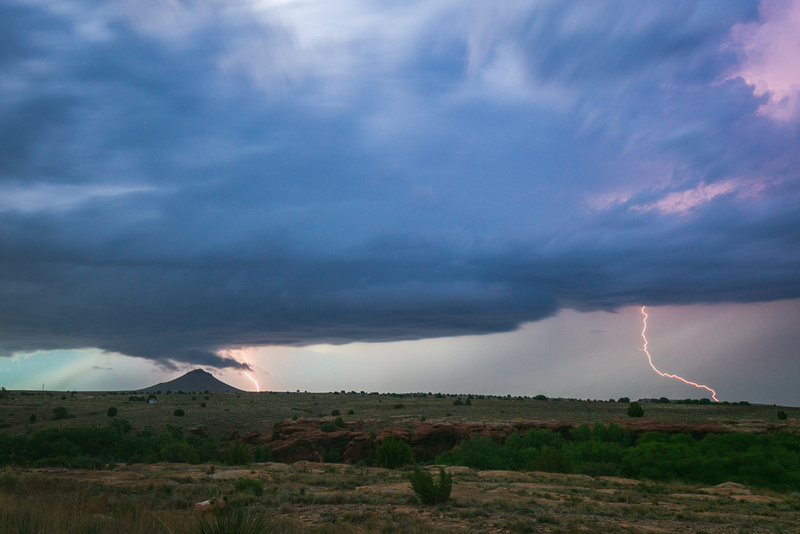 You can see the rotation in this 3 minute 45 second time-lapse sped up 8x into 28 seconds here:

Next, it was time drive across the Rockies to the western side of the state. My destination was to Dinosaur National Monument along the Utah/Colorado border.  For now, I will just show my favorite location on the Colorado side of park. 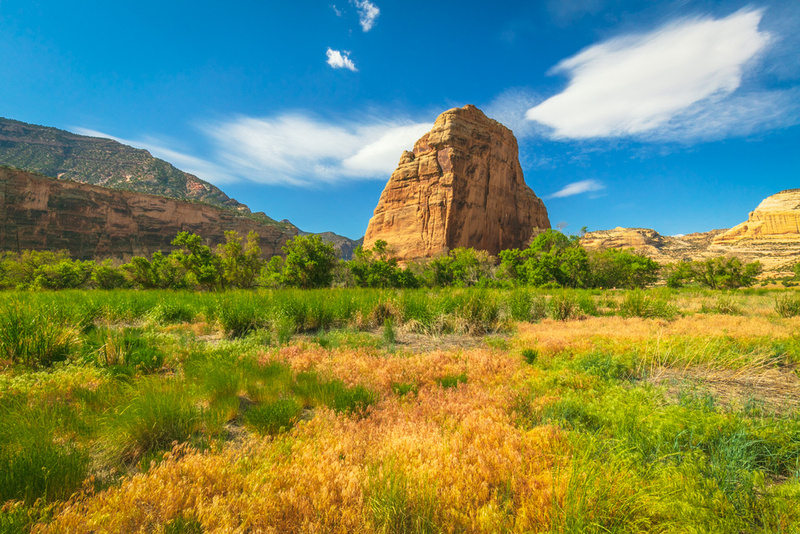 This is Steamboat Rock in far western Colorado. It is located in an area called Echo Park, where the Green and Yampa Rivers meet.  I will highlight the pictures for the Utah side of the park for a future blog post.

After seeing the landscapes of Dinosaur National Monument, is was time to head a little east to the high country toward Central Colorado. The Flat Tops Wilderness has become one of my favorite places to visit in the last few summers.  I have now been there 3 of the last 4 years. You can see a previous blog post of my previous visit to Flat Tops here. Here I climbed to this viewpoint of the late afternoon light hitting the rock formation known as The Chinese Wall. 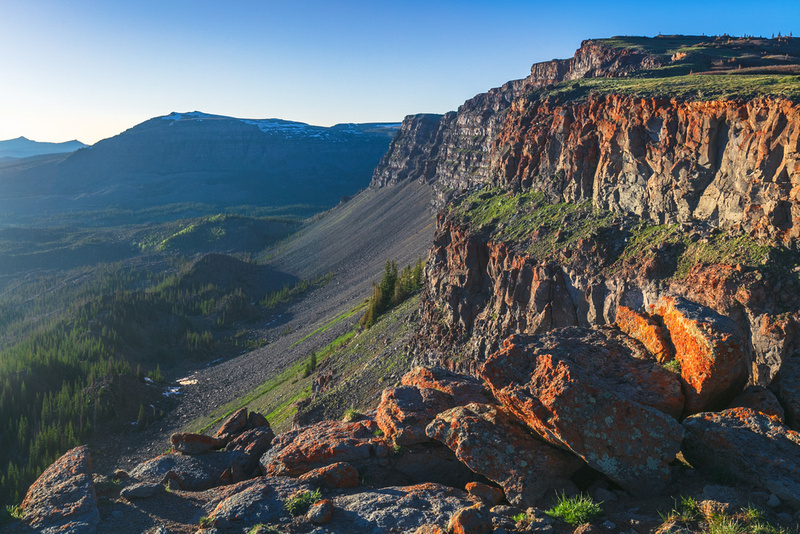 The picture above was from 11,200 feet.  I would soon climb even higher on my next hike at Rocky Mountain National Park. It is one thing to hike above the treeline with a daypack.  It is another to haul a backpack with some camera and camping gear. This was the highest I have climbed while backpacking. 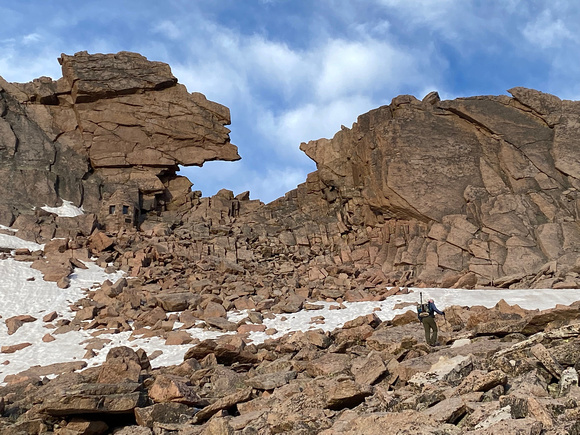 The Boulderfield is a camping area at 12,700 feet inside Rocky Mountain National Park. I have never camped that high before. Hauling your gear to that elevation is quite a challenge in itself. Then you have to have to hope for good weather.  I had to wait about 2 hours for a thunderstorm to pass before I decided to proceed to climbing above the treeline. Being above treeline with lightning popping nearby can be a jarring experience that I now prefer to avoid.  Above is the rock formation called The Keyhole, just below 14,259 foot Longs Peak, which gives you an idea of what it looks like at about 13,000 feet. After all that effort, the perk is to experience sunset and sunrise at such high elevations. 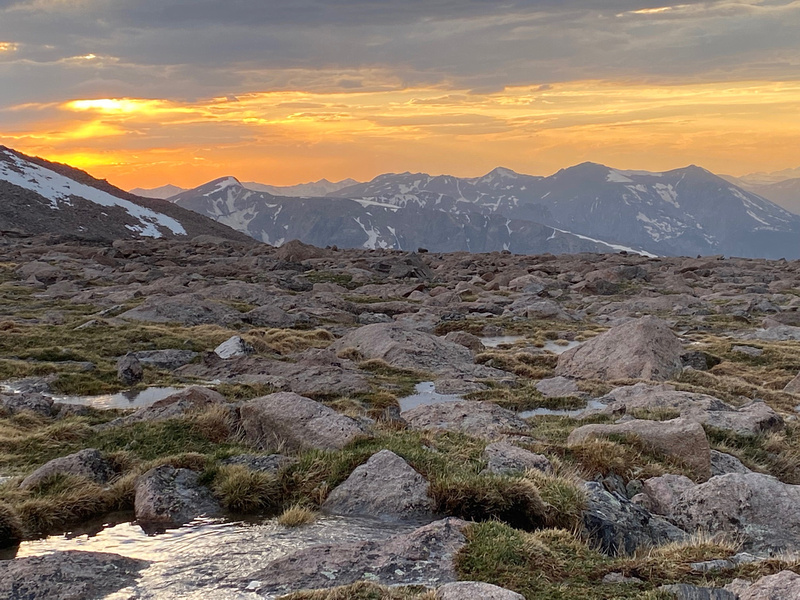 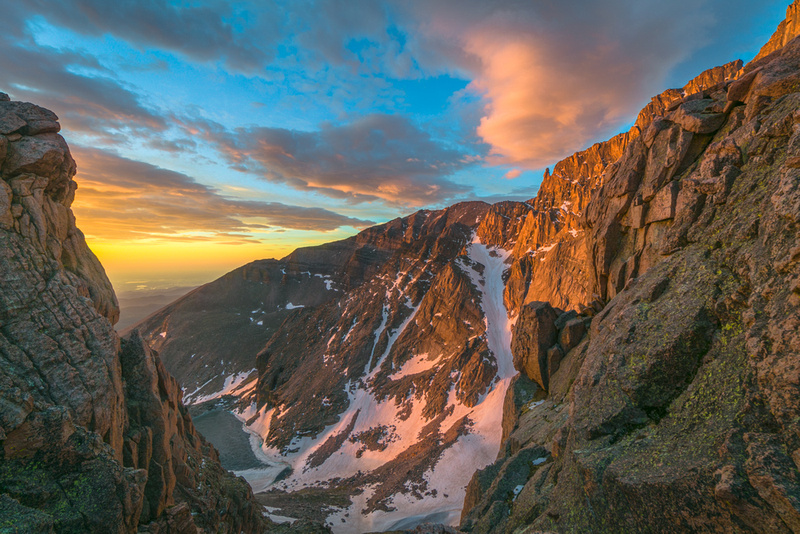 This picture above is looking down on the appropriately named Chasm Lake, still partially frozen in June. The picture below is looking up at the summit of Longs Peak. 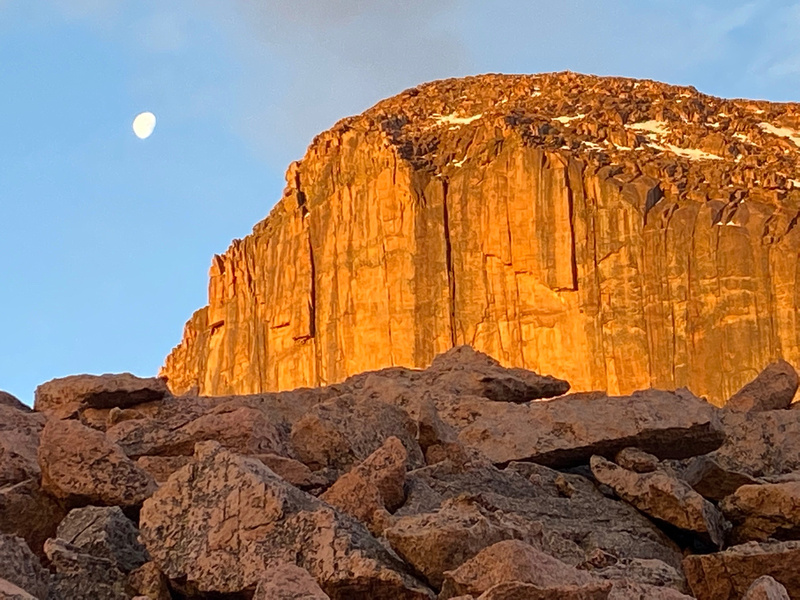 Over the week of the 4th of July, my wife and I went to Colorado for some leisure time in the Colorado Springs and Buena Vista area. We took the cogway up to the top of Pikes Peak and stayed at a fishing resort called Rainbow Lake, seen at sunset on the picture below. 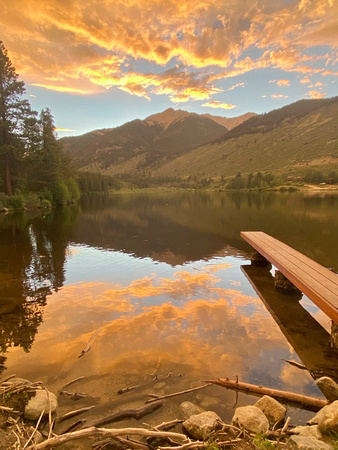 We also drove up to the Continental Divide at Cottonwood Pass, just over 12,000 feet. Here we were able to catch some beautiful clouds reflections at this tarn in the late afternoon light. 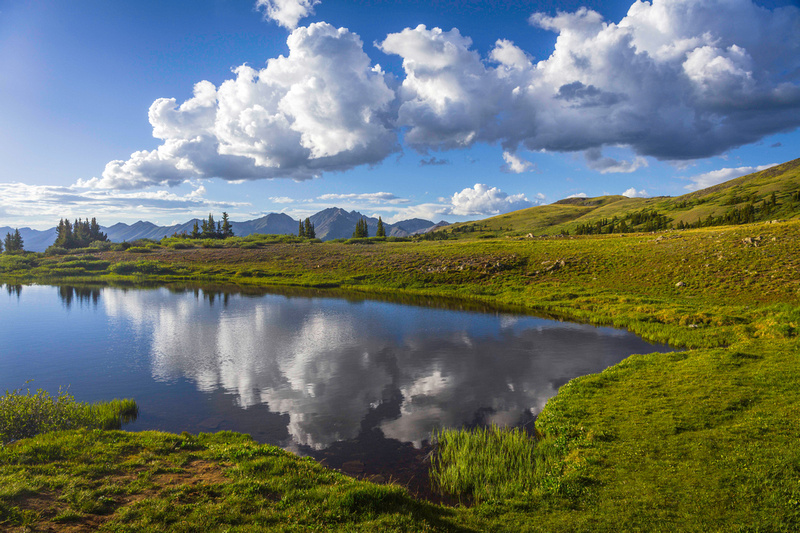 We took my 10-month daughter, Helicity, on this trip as well. It was her first time to Colorado. 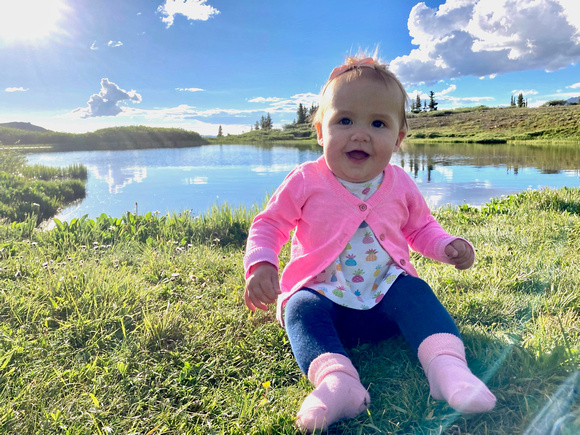 Unfortunately, we recently learned that her tumor that was removed back in February has returned.  She is currently in the first round of chemotherapy with a second round on the way in August.  This will probably be last blog post for the rest of the summer and I will be devoting a lot of my time the next couple of months taking care of her.  If you are the praying type, please say a prayer for her in hopes that she will finally beat cancer the second time around!