The Garden Island of Kauai 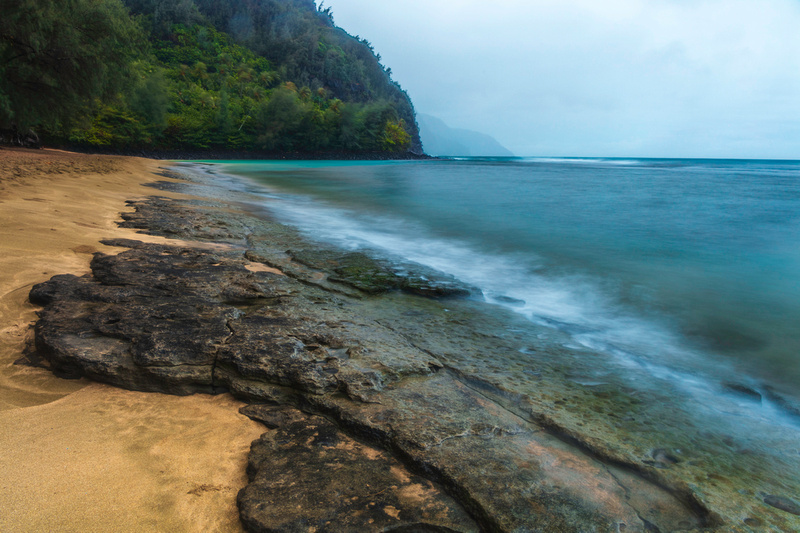 Over the start of the new year, I spent a week of vacation with my family on the Hawaiian Island of Kauai. We stayed at the town of Princeville, on the north shore of the island.  Kauai is often nicknamed the "Garden Island" because of its lush vegetation created by the abundant rainfall.  It rained at least part of each day I was there.  Sometimes, the rain was soft and light. Other times, the rain was heavy enough to produce flooding.  The proximity of the sharp cliffs next to the warm ocean encourages humid air to rise quickly into a repeating cycle of condensation and rain. The interior portion of Kauai is considered to be the one of the wettest places in the United States, and among the top 10 in the world. In case you were wondering, the highest mountains in Kauai see an average of 384 inches of rain a year. The top 10 wettest places in the world can be found here. 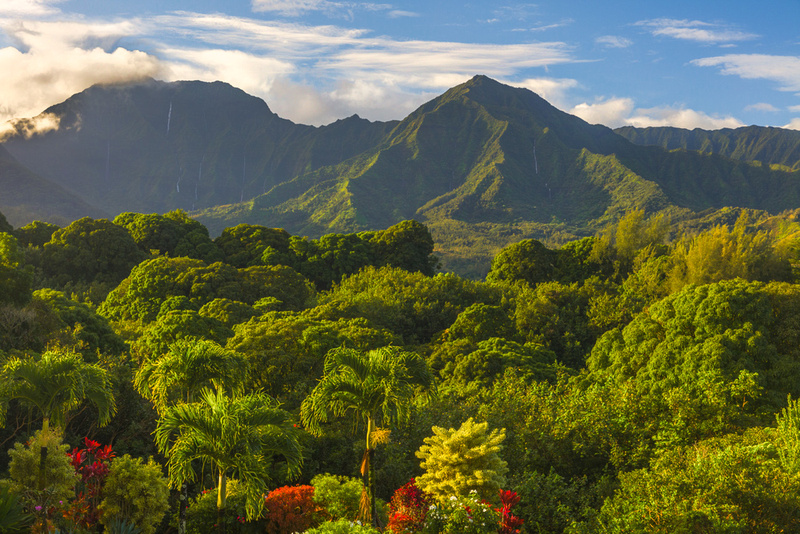 If you look closely in the photo above, you can see waterfalls pouring off the steep cliffs.

We had a beautiful view from our rental overlooking Hanalei Bay that included rainbows and sunsets. 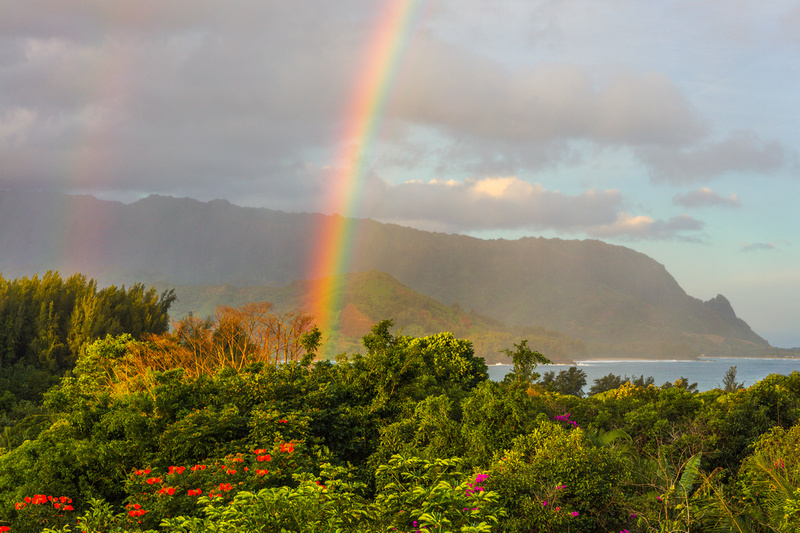 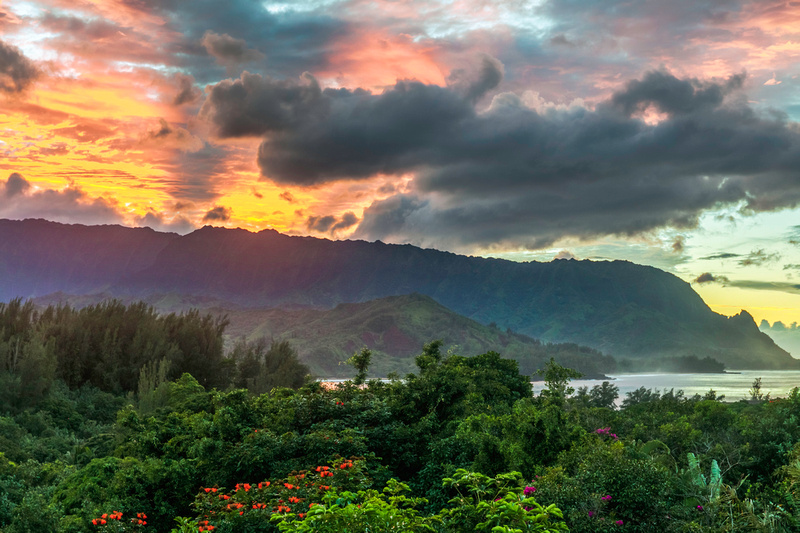 With its unique landscapes, many films and TV shows have been filmed here. Among some of the most famous movies are Jurassic Park, King Kong, Avatar and Lord of the Flies. 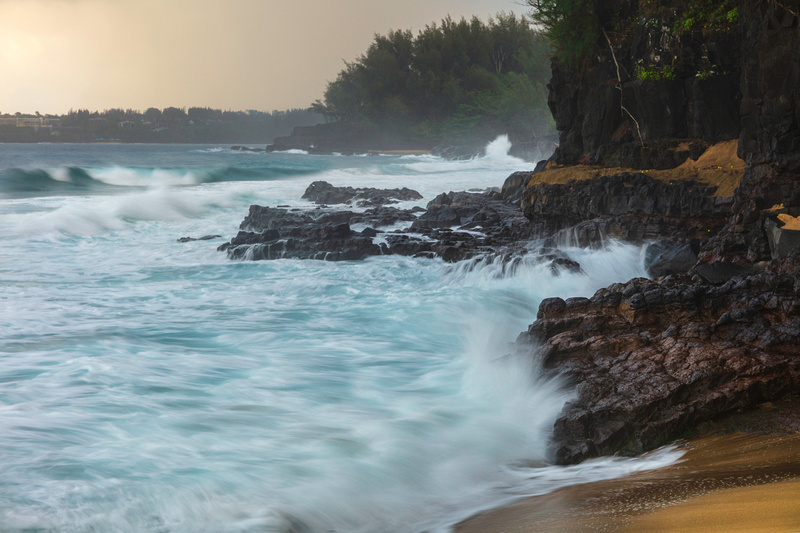 This beach (pictured above) was part of the film South Pacific. A couple of the more famous TV shows filmed on Kauai were Fantasy Island and Gilligan's Island.

My favorite part of island is the Napoli Coast.  Here, you will see a rugged coastline that is only accessible by either boat, plane or foot.  I hiked a section of the famous Kalalau Trail that starts at Haena State Park. 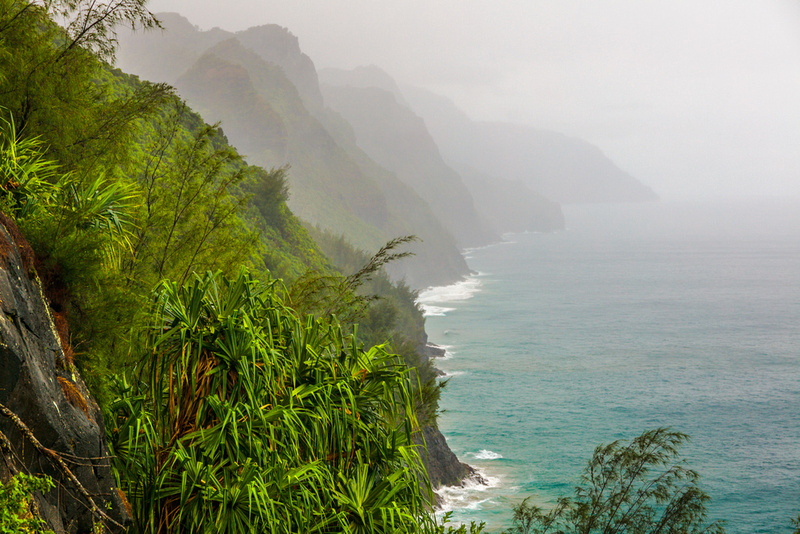 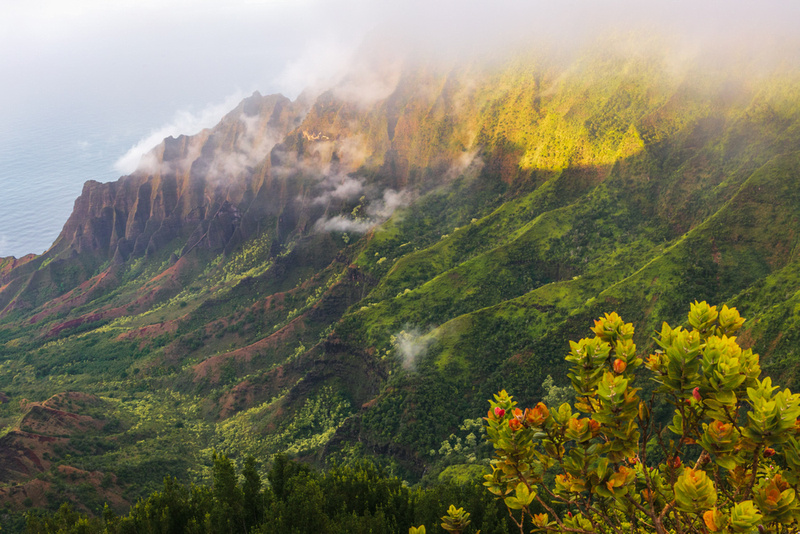 I also recommend taking the drive along the top of Waimea Canyon that leads to the overlook pictured above, known as the Pu’u O Kila Lookout. This lookout gives a higher perspective of the Napoli Coast.

On a personal note, I thought I would take a little time to announce that my 5-month-old daughter has recently been diagnosed with neuroblastoma, a rare form of cancer.  She will soon be undergoing surgery to have much of the malignant tumor removed from her chest. If you are the praying type, please pray for her to have a safe surgery and for a quick recovery. 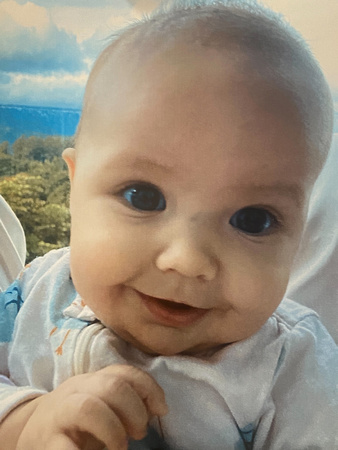