Northern Lights in the Arctic

This was my first trip to Alaska, and while most decide to visit in summer, I decided to do mine in March.  However, March is one of the best months to view the Aurora Borealis, also known as the Northern Lights.  The weather is SLIGHTLY warmer than in the months of December through February and the nights are still long enough and dark enough to observe them.  My trip was led by Andy Long, who has been leading northern lights workshops to Wiseman, Alaska for 13 years.

Despite the clear skies, the first night in the Fairbanks, Alaska did not yield any Northern Lights, at least not while we were awake.  We later did hear a report that they did come out around 3am...but I think I would have rather sleep, especially getting used to the 3 hour time change.  However, the second night in Fairbanks did yield to lights much earlier in the evening. This was the first night I was able to see them and it is quite a magical experience to see them, especially when you can see them "dance" in the sky. 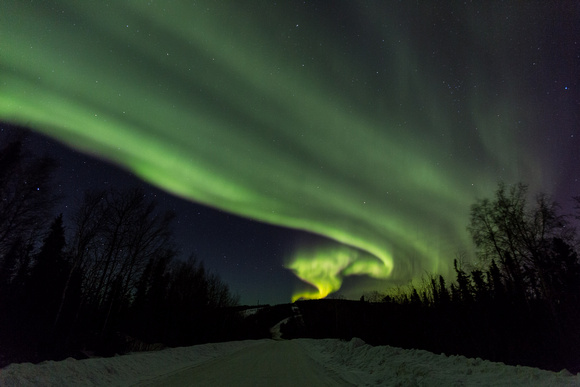 After a couple of days in Fairbanks, it was on to an even more remote location...Wiseman, Alaska (population 14 in the 2010 census).  Wiseman is located in Northern Alaska...and even north of the Arctic Circle!  The red pin in the map is where Wiseman Alaska located. 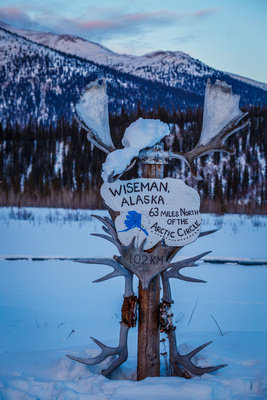 Yes, it was cold north of the Arctic but temperatures were above normal for this time of the year.  The lowest reading I saw from the thermometer outside our cabin was -2 degrees and daytime highs reached the 20s.  I dressed in layers including long underwear and was equipped with snow boots, hand warmers and toe warmers.  However, with the proper gear, it was not all that uncomfortable as long as the wind was light. 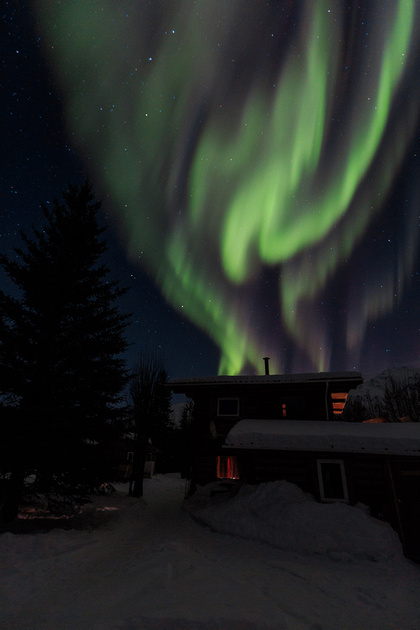 That is the cabin we stayed in Wiseman.  Overall, the conditions were good as I viewed northern lights 5 of the 6 nights this week!  I would love to head back to Alaska soon, but the next trip will probably be in the summer!