A Visit to Washington DC 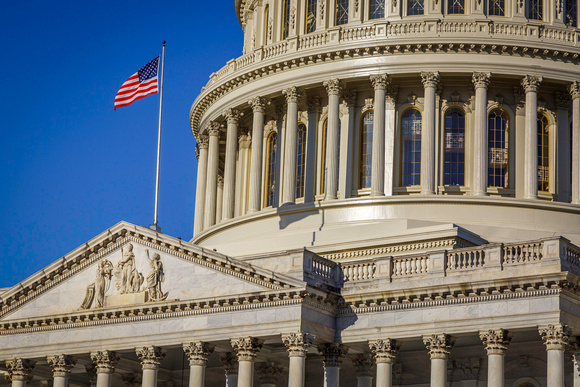 Last week I made a visit to our nation's capital, Washington DC. I hoped to time my trip for the peak of cherry blossom season. Typically they occur around late March or early April.  However, due to the cooler than average temperatures in March this year, the peak is occurring now as I write this entry (April 6th).  When I was there Easter Weekend, the colorful buds had emerged but most of the trees did not have the pink flowers fully out. There was one tree along the Tidal Basin that did have blooms and I framed it with the Washington Monument in the background. 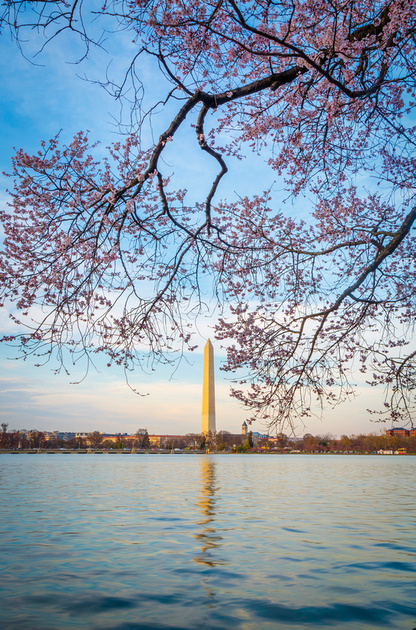 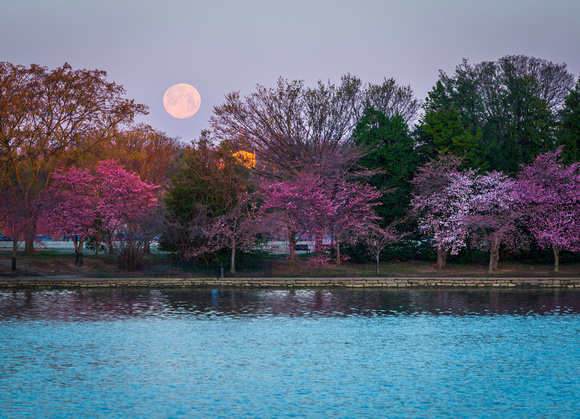 On Saturday morning, I caught the full moon setting behind the budding cherry blossoms.

Of course, I visited some of the major monuments in and around The Mall, including The Lincoln Memorial. One of the few times you can photograph this without many people in the way is early in the morning. Plus, you also get some neat lighting effects from the spotlights inside the memorial during the twilight hours. 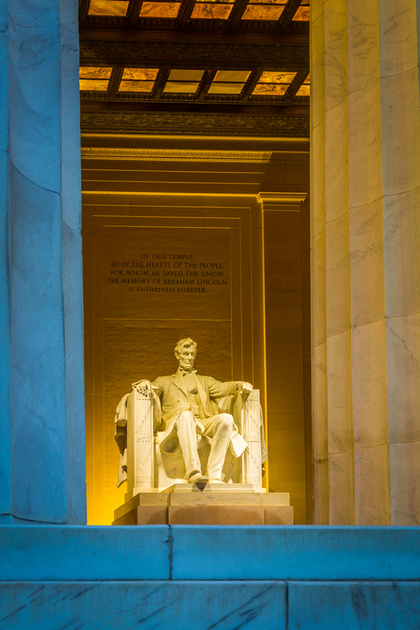 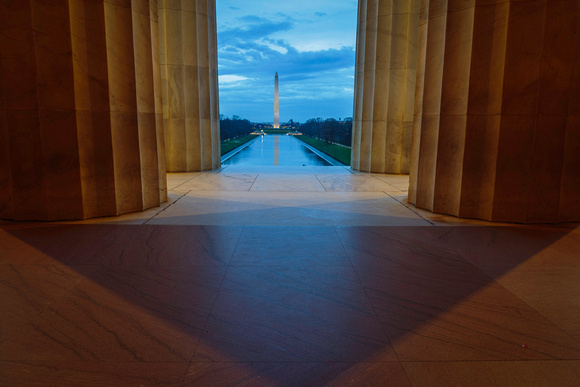 Many of the buildings in Washington DC have a European flavor.  After all, the city was designed by French born American engineer and architect Pierre Charles L'Enfant. Washington features some the most beautiful buildings, both on the outside and inside, to make you feel like you are in Europe. One of those structures is the National Cathedral. I happened to catch a unique moment as sunlight was shining through one of the stained glass windows. Beams of colorful lights were adorning the cathedral walls, as well as the face and shoulder of the statue of George Washington. 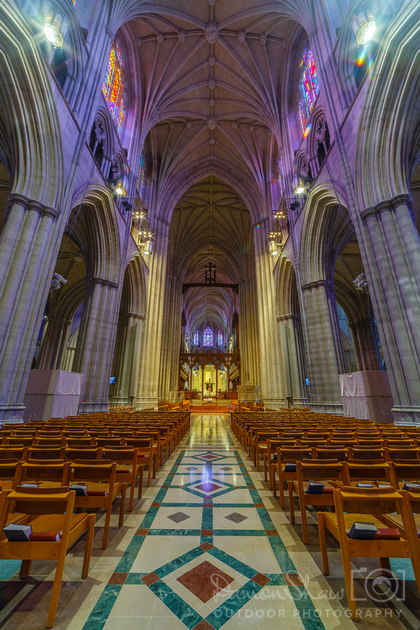 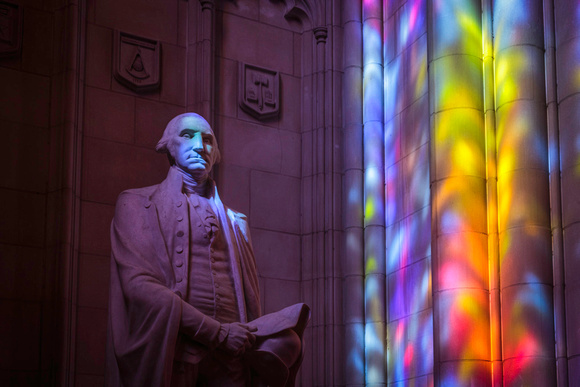 Another building with beautiful interiors that makes you feel like you are in Europe is The Library of Congress. 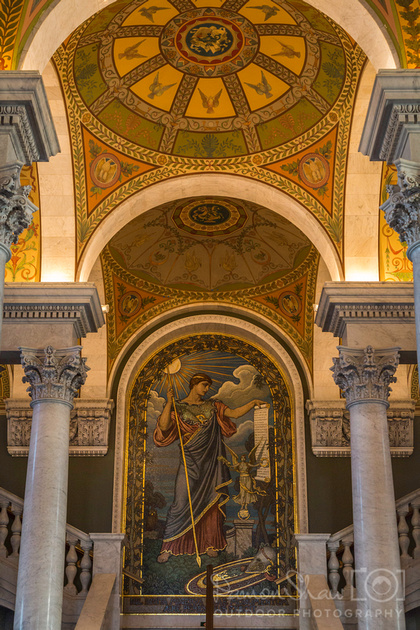 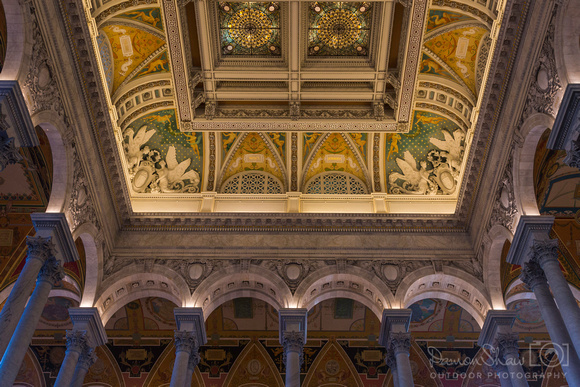 One last stop was to Arlington Cemetery on Easter morning.  There I was able to photograph the gravesite of President John F. Kennedy as well as Senator and astronaut John Glenn. 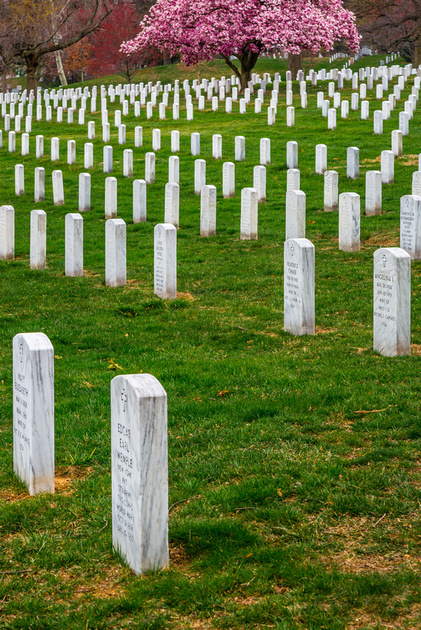 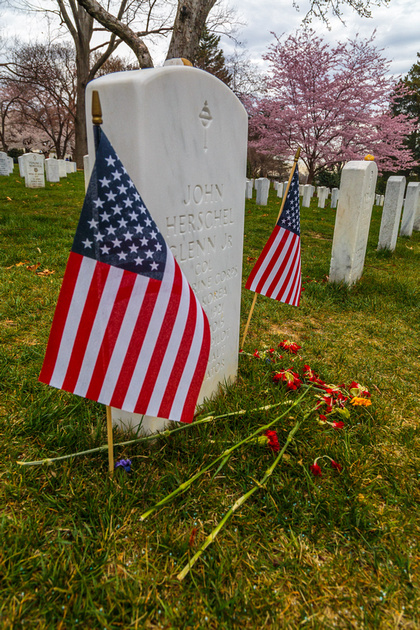 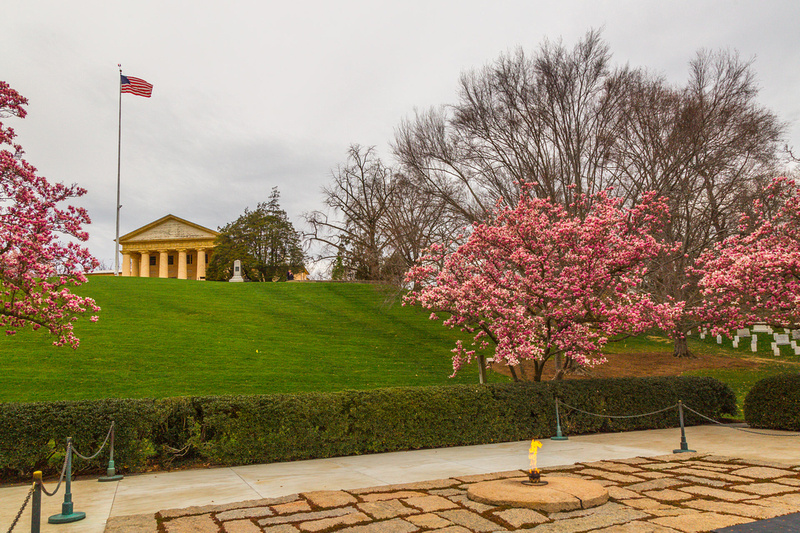 One of the must sees when coming to Arlington Cemetery is the ceremony of "The Changing Of The Guard" at The Tomb of the Unknown Solider, the burial site of an unidentified American soldier from World War I. The Tomb of the Unknown Soldier is guarded 24 hours a day, 365 days a year, and in any weather by tomb guard sentinels.  During the daytime, either every hour or half hour (depending on time of the year), there is a shift change of the guard.  Here I was able to capture the changing ceremony from one impeccably uniformed sentinel to the next. 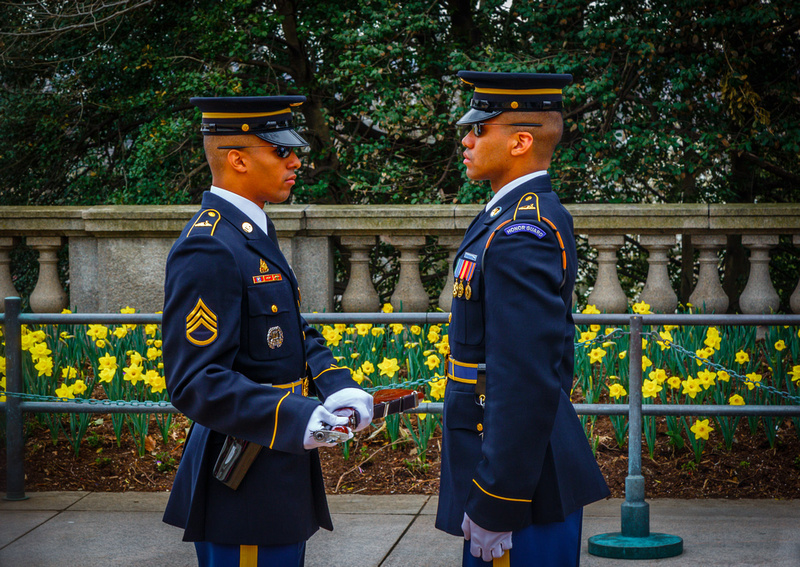 You can read more about the process this here.