Back To The Canadian Rockies 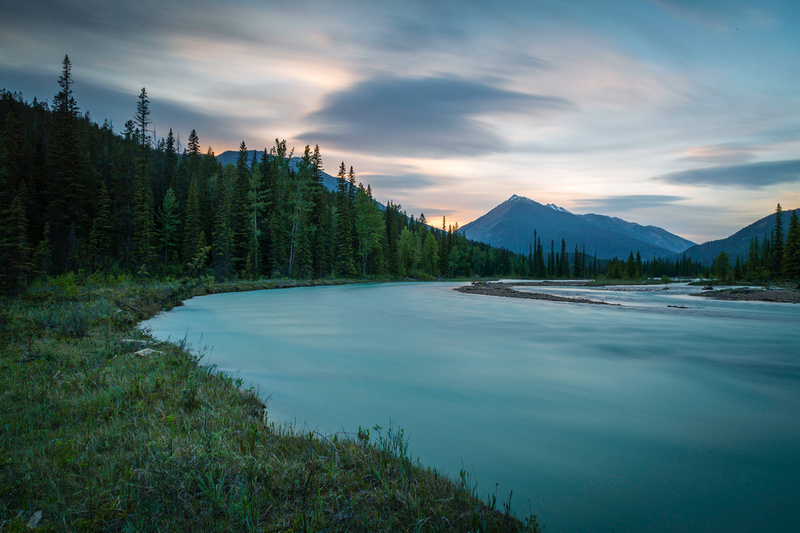 Back in August 2017, I visited many of the icons of the Canadian Rockies. This time around, I went a little earlier in the summer to see some of the lesser known scenes in the vicinity of Banff and Lake Louise. Personally, I think it is a little better to visit Canada earlier in the summer before the snow melts and fire season kicks in. When I visited last year in August, fires across British Columbia and the Pacific Northwest caused visibility problems at times.

I joined up with Dan Ballard, who scouted these world class locations.  He told us in advance that we would not be going to the famous places...like Moraine Lake and Lake Louise. That was fine with me as I had already photographed them last year and there are a lot of tourists that go to those two beautiful places.  While we stayed in the Banff and Lake Louise area, many of the locations we went to were isolated and that gave us a better opportunity to come up with more original images. 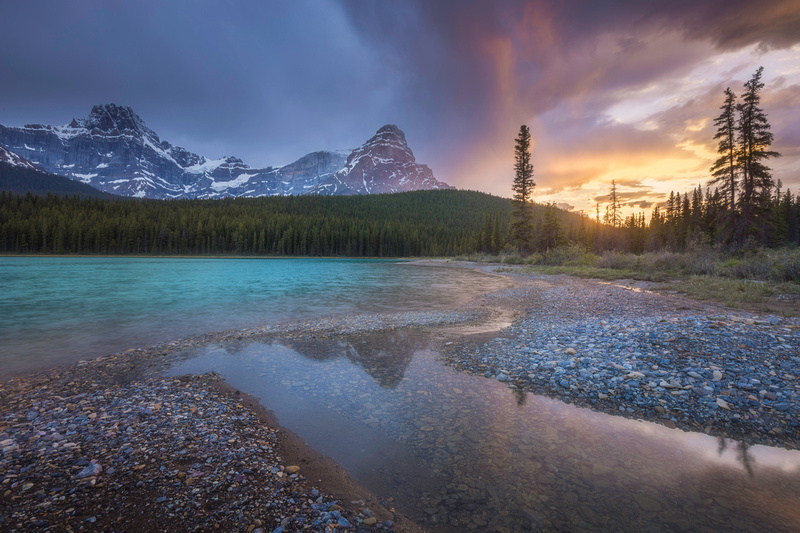 Banff National Parks is full of beautiful glacier fed lakes, such as Waterfowl Lake (above) and Bow Lake (below). 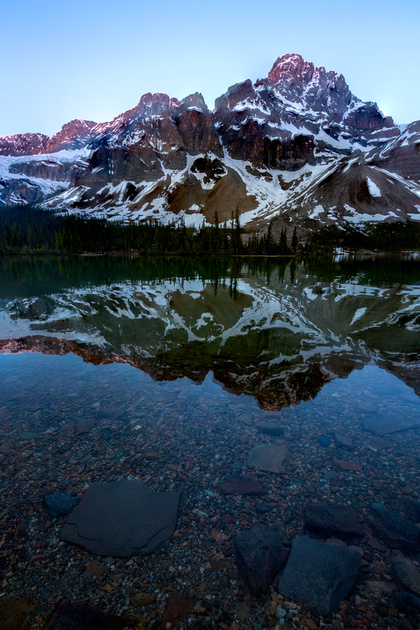 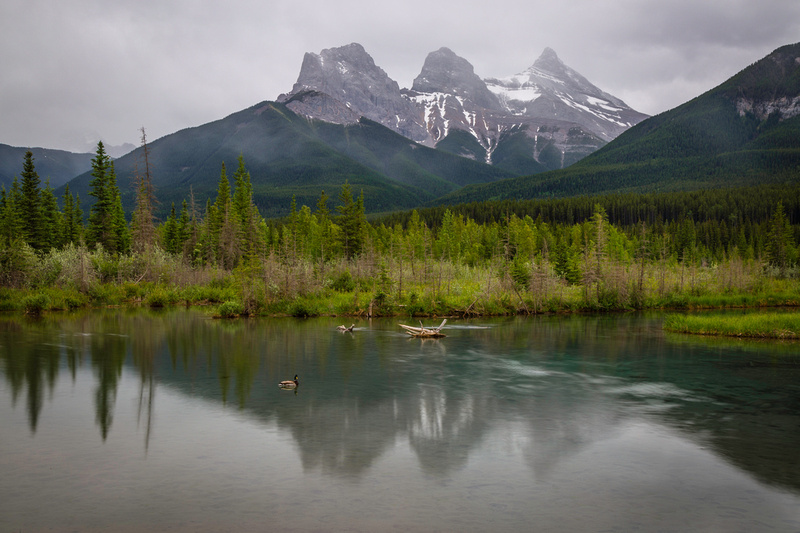 Above and below are the group of mountains known as the Three Sisters near Canmore, Alberta. In the picture above, you might be able to spot the duck in the foreground.

Banff and Jasper National Parks are Canada's two most visited national parks. Nearby and to the south are several smaller and lesser known provincial parks collectively known as Kananaskis Country.  Two of these I visited were Spray Valley and Peter Lougheed Provincial Parks. These provincial parks don't have the large glaciers or naturally formed lakes; however, the scenery and mountains are just as pretty with far less people. 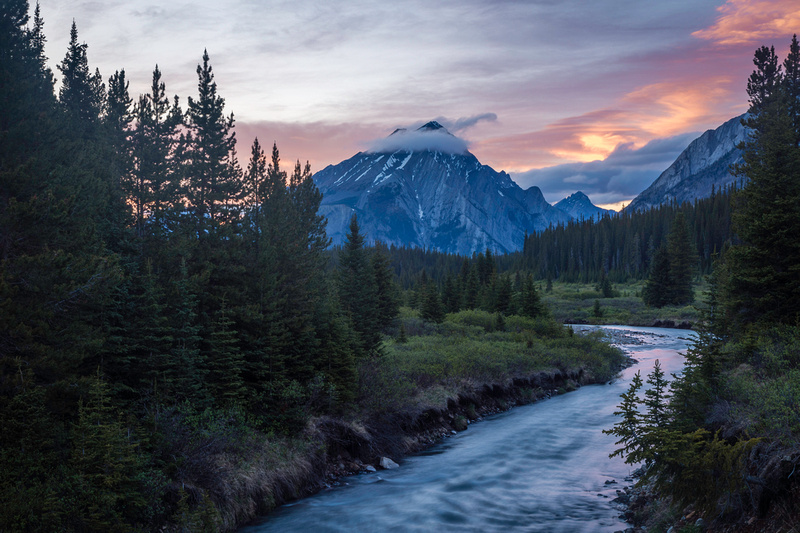 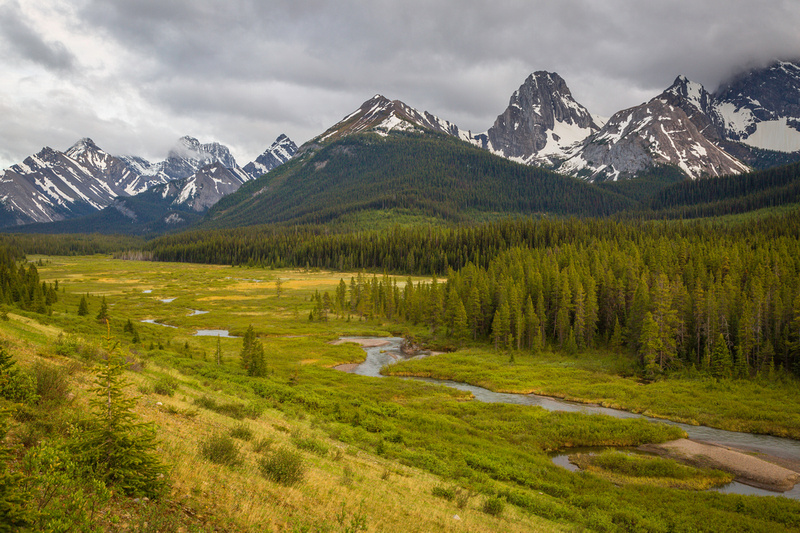 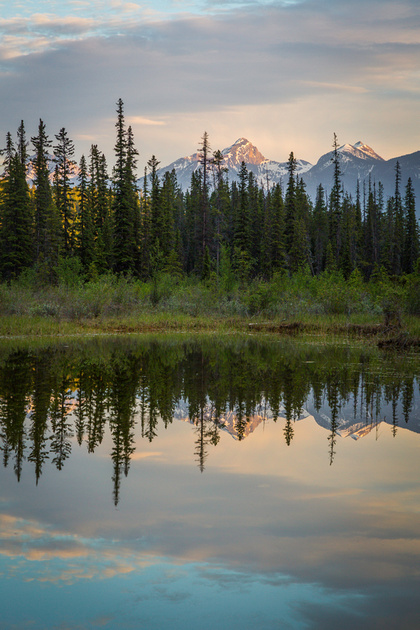 Those are some of the highlights of my recent trip to the Canadian Rockies.  Soon, I will be on my way to the Colorado Rockies.