Touring the Top of Switzerland 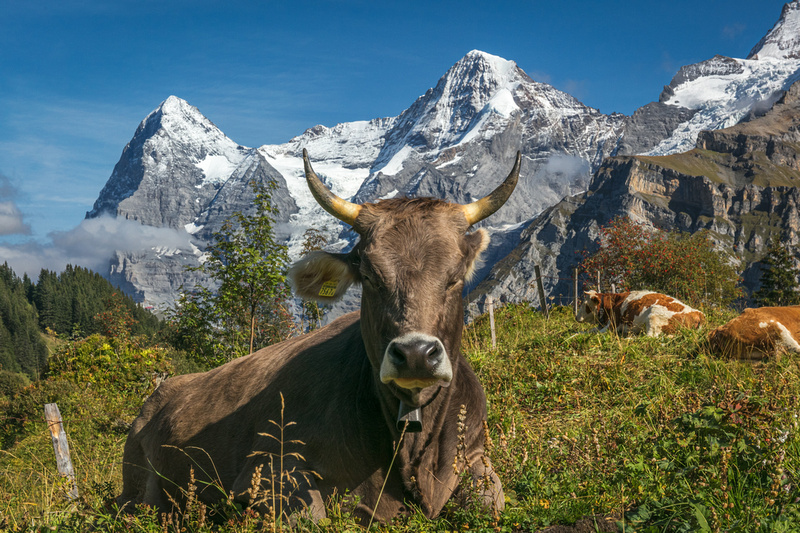 Earlier this fall, I made a return trip to my favorite foreign country to see...Switzerland.  I haven't been there since I was in college back in the 90s, so this was my first time to seriously photograph the landscapes here. I joined up with Christian Heeb for a photo tour of his native country. Christian was born and raised there before moving to Oregon. Much of the time was spending the night at hotels on top of a mountain that were reached by trams or funiculars. The picture below is an example of what a funicular (or a cog railway) looks like. 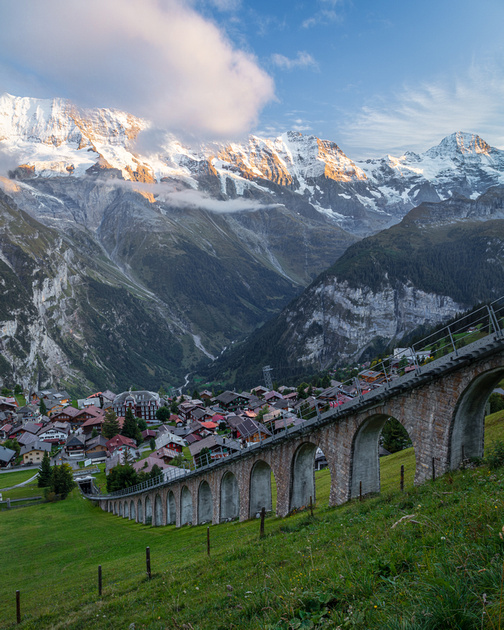 Spending the night on top of these mountains gave us the opportunity to see both sunrise and sunset. The first night on top of this mountain (pictured below) was near the resort town of St. Moritz, where we were treated with a morning of looking down on a blanket of fog beneath snow capped mountains.

Being above or at the same height of the clouds was a common theme when on top of these mountains. These clouds made for some dramatic images! 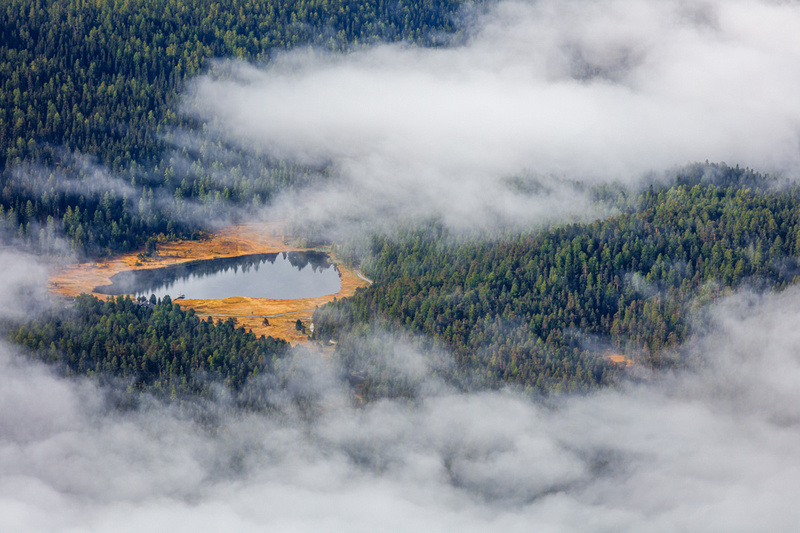 The 4 pictures below came from the top Mount Pilatus near Lucerne, Switzerland and this was one of my favorite spots. 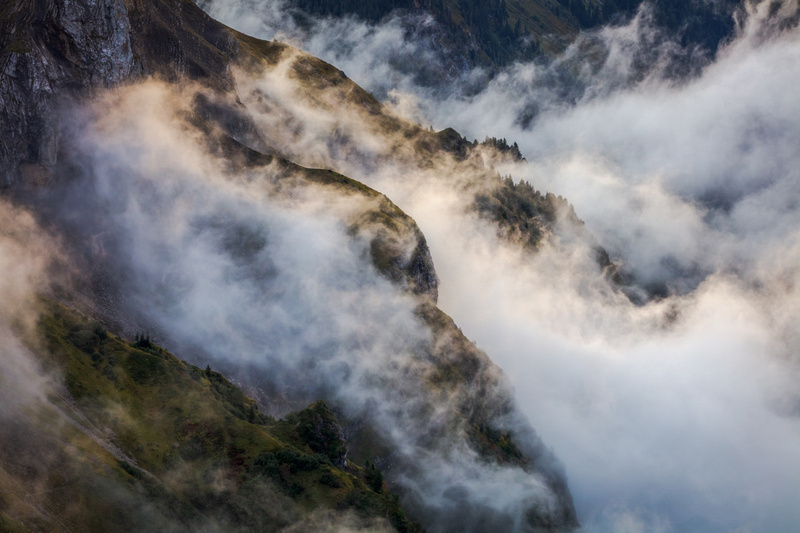 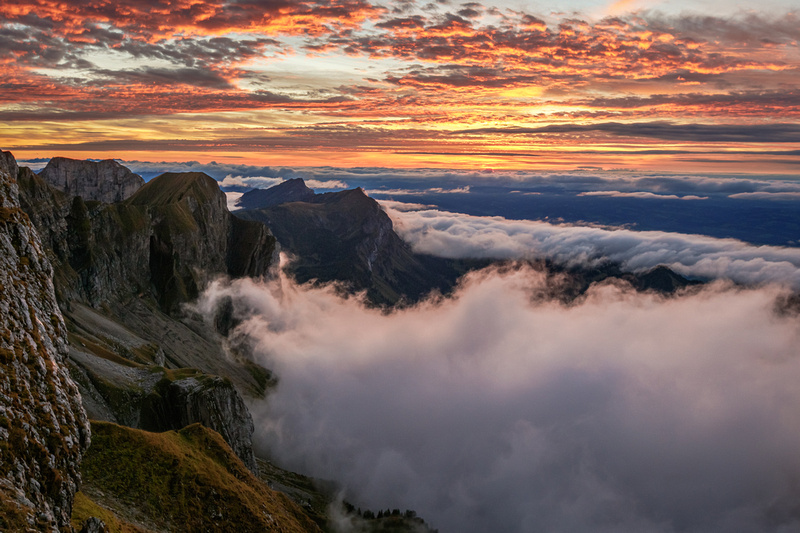 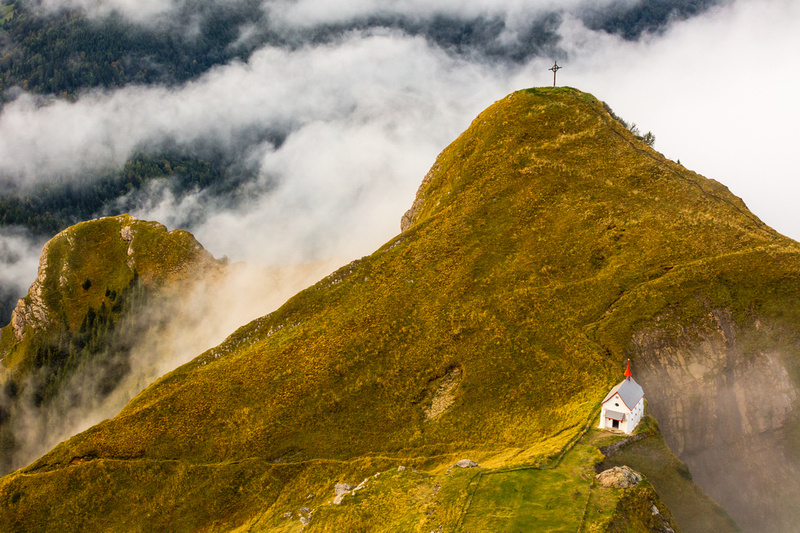 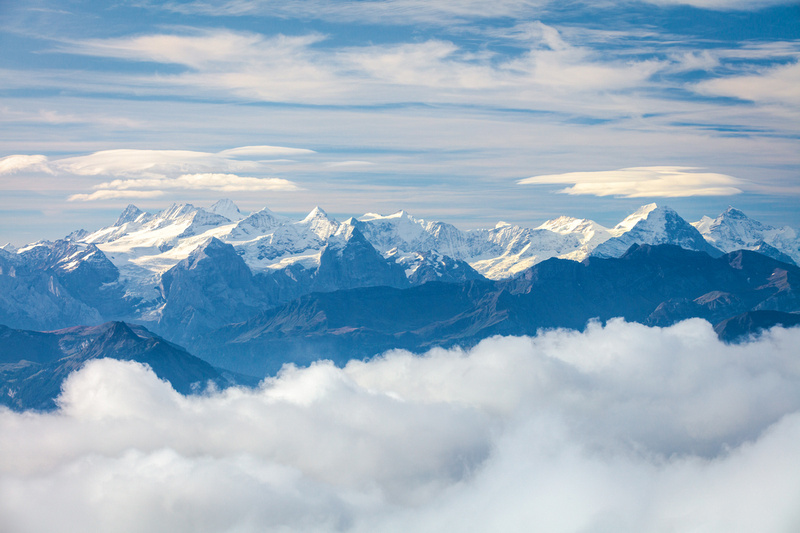 One unique experience on top of Pilatus was to see this small herd of Alpine Ibex with the Bernese Alps in the background. Though they look somewhat similar to bighorn sheep, Ibex are not native to North America.  Ibex can be found in Asia, Europe and Africa. Here, they are generally unafraid of humans so I was able to get close to one.  This one looks like it could belong at a diorama in a museum. 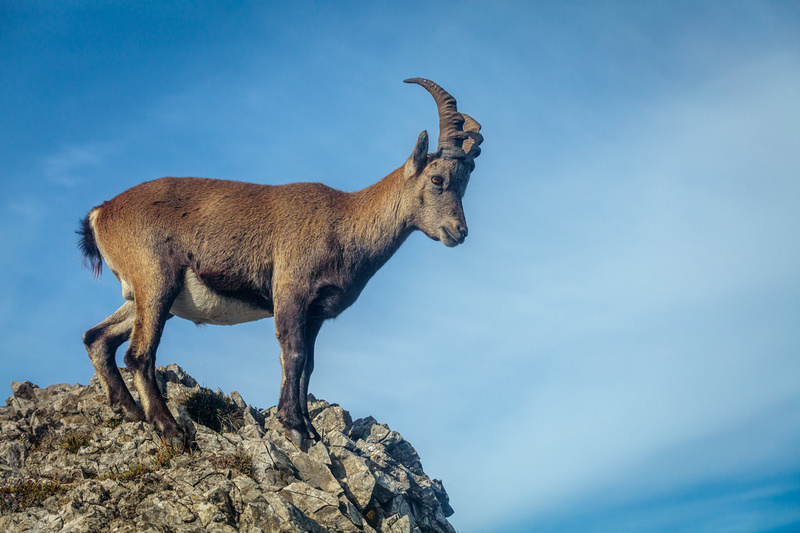 While hopping from mountaintop to mountaintop, there were opportunities to see the valleys of Switzerland...with its picturesque towns, castles and countrysides. 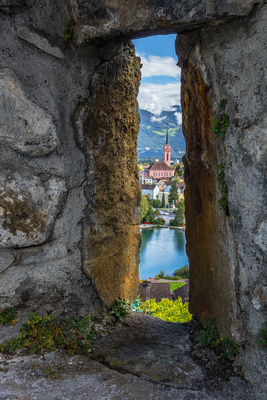 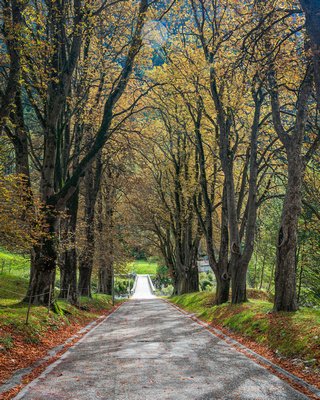 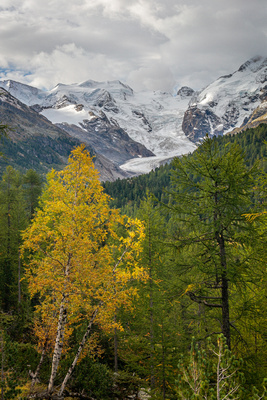 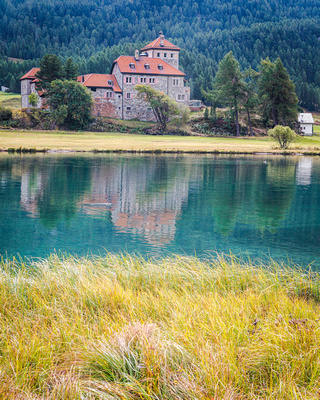 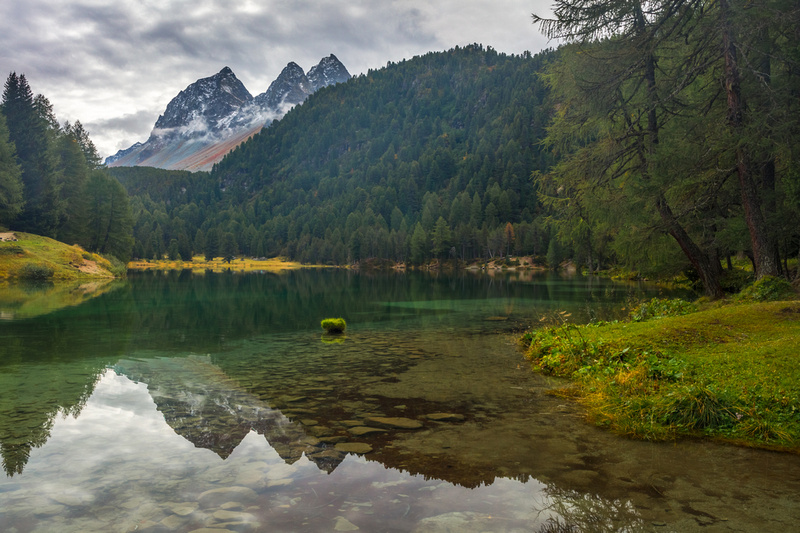 We even made a brief visit to the small nation of Liechtenstein, which is only about 15 miles long with fewer than 40,000 people. Below is a picture of the Burg Gutenberg. Built around 1200, this landmark castle deteriorated before being rebuilt in the early 1900s. 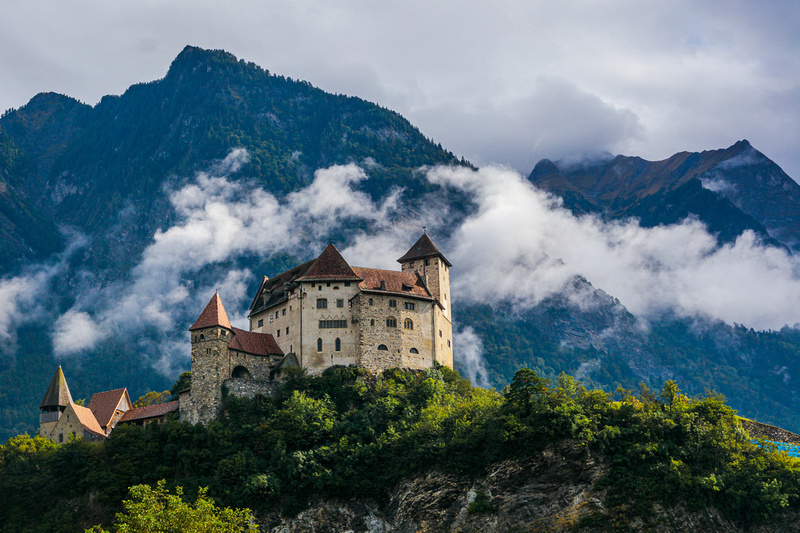 One of the highlights to visit any location in Europe are the old structures and its architecture. I am usually not one to photograph scenes that are inside, but the Abbey Library in the town of St. Gallen is remarkable. 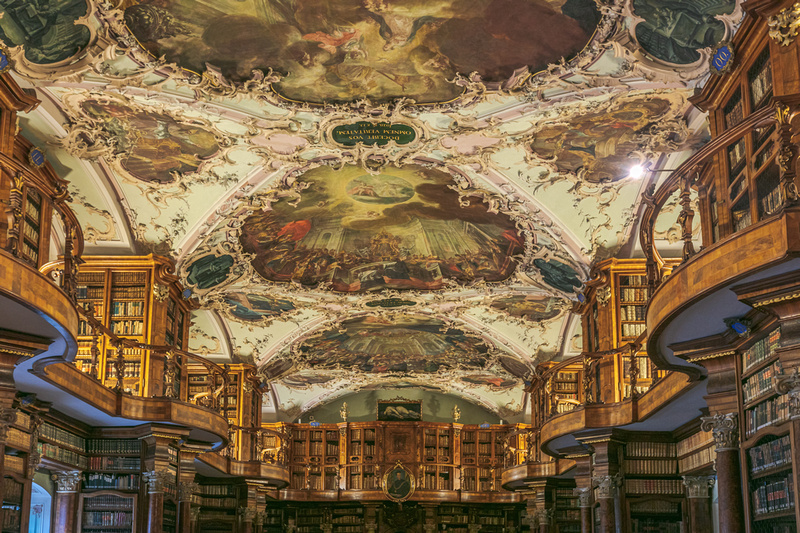 Founded in the 8th Century, it is one of the oldest working libraries in the world. And of course, one also must make a visit to a church.  This Catholic church in St. Gallen was completed in 1767. 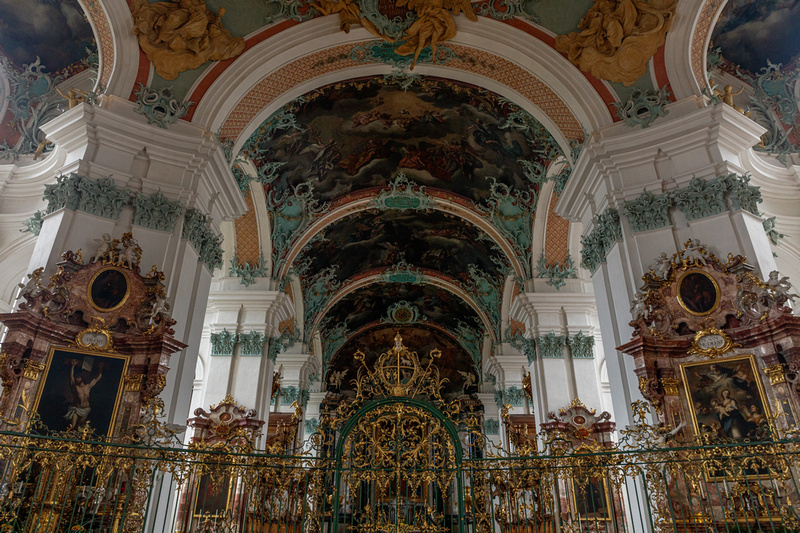 One of my favorite towns in Switzerland is Zermatt. It is the home of the iconic mountain known as the Matterhorn. We stayed at Gornergrat, which offers outstanding views of the Matterhorn, especially in the morning when the first light of the day reaches the mountain.  I hiked 3 different times to a couple of small lakes and was able to get some outstanding reflections of the peak in the water. 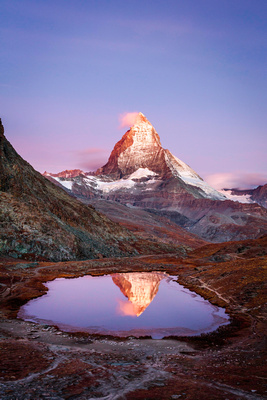 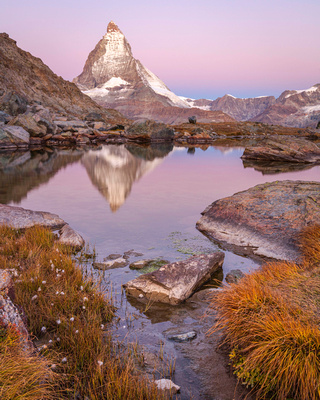 In the other direction of the Matterhorn is the Gornergrat Glacier. Looking down in this grand strand of ice is an incredible sight. We were blessed with nice skies for much of this trip and only one evening was socked in fog so that you couldn't see the surrounding mountains. 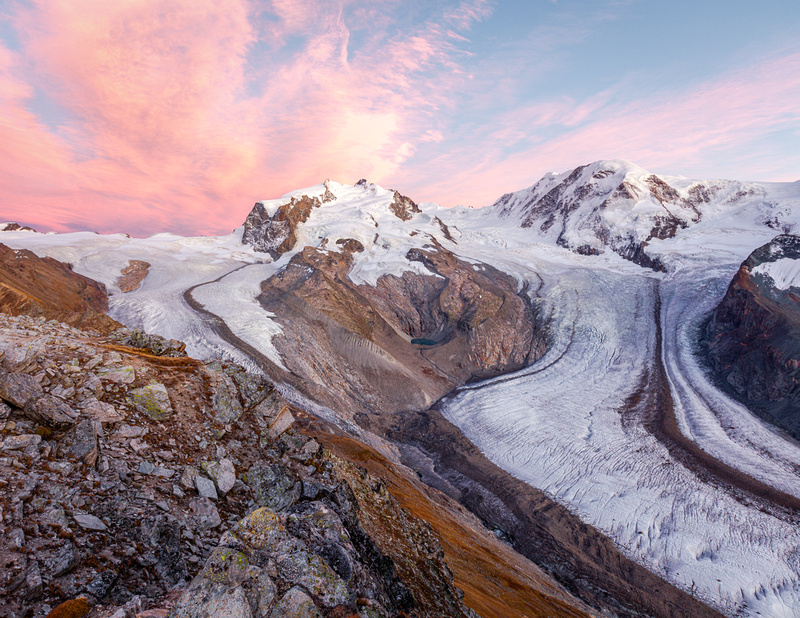 I also did some night photography with the Matterhorn.  I will have a blog post in the future on some of my Milky Way shots from earlier this year. Now it is time to focus on my upcoming wedding this weekend and then on to fall photography here in Arkansas.